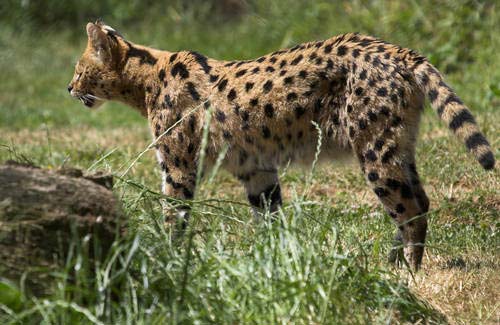 Montgomery County WCO Chris Heil received a call from a farm manager for a local farm about an exotic cat that was in his chicken coop killing chickens.  WCO Heil told, under state law, the farmer had the authority to kill the animal to protect his livestock.

Today, Chester County WCO Scott Frederick retrieved the carcass and transported it to the Southeast Region Office in Reading.  The owner has been identified and an investigation has been opened regarding the lawful ownership of the animal.