All Aboard The Pullman Restaurant & Bar! 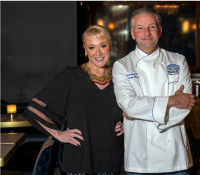 The Main Line’s Newest Hotspot Steams into Bryn Mawr on Friday, November 18th Owner Jenny Hammer and Executive Chef Corey Baver Photo Credit: Ali Waxman After nearly two years idling in the station, The Pullman Restaurant & Bar has finally arrived on the Main line! Located at 39 Morris Avenue on the site of the former Tango Restaurant along the south side tracks of the Bryn Mawr train station, the newly renovated 7,000-square-foot space has been transformed into a chic new restaurant and supper club that harkens back to a bygone era of understated luxury and opulence. “The concept is a nod to the iconic Pullman dining cars of the 1940s, offering guests a quintessential railcar dining and drinking experience, but with a contemporary twist,” explained Roni and Jennifer Hammer of Two Dames Dining Group, the mother/daughter partners and visionaries behind the concept. “Our goal was to transport guests back... Read more →

The Story Behind The Story: Daylight Savings Time Forever

by Dorothy Philbin | CNBNews Contributor The United States Senate has passed a bill submitted by Sen. Marco Rubio (R, FL) to make Daylight Savings Time permanent. Sen. Rubio made some valid points in his bill. During the standard time when evening comes at 5:00 p.m. crime rate is higher, people become depressed due to Seasonal Affective Disorder and for an unknown reason, people have more heart attacks. There is also the hope, optimistically, that with more daylight kids will spend more time outside getting exercise. image courtesy of The Farmers Almanac Does Senate approval mean that Daylight Savings Time is a "done deal?" Sadly, No. In order for a bill to become a law both houses of Congress (Senate and the House of Representatives) have to approve it. It doesn't make any difference which house initiates the bill. In this case, it was begun and approved in the Senate... Read more →

The 3PM Manhattan Gang and Their Meetings

William E. Cleary Sr. | CNBNews A Manhattan Cocktail Seeing John Barron’s name today in the comments section of our page reminded me of the 3 O’clock Manhattan gang that was active in the late 70s and 80s in Gloucester City. It was a select group, made up of longtime businessmen, politicians, and residents. Most every day during the week between 3 and 4 PM they would meet at the Brown Street home of John Lincoln or the Highland Blvd., home of Henry Barron. They would discuss what was happening in Gloucester City and at times what was going on in our country. So what is a Manhattan, you ask? A Manhattan is a cocktail made with whiskey, sweet vermouth, and bitters. While rye is the traditional whiskey of choice, other commonly used whiskies include Canadian whisky, bourbon, blended whiskey, and Tennessee whiskey. It is a strong cocktail, something you... Read more → 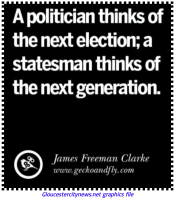 By Todd DeFeo | The Center Square contributor Apr 14, 2021 (The Center Square) – The White House gave New Jersey a D+ grade for the state of its infrastructure. The report card follows President Joe Biden’s announcement of the American Jobs Plan. The more than $2 trillion initiative – what The White House terms “a historic investment in our nation’s infrastructure” – ostensibly aims to improve transportation, child care, caregiving and broadband. “For decades, infrastructure in New Jersey has suffered from a systemic lack of investment,” the report says. “The need for action is clear.” According to the report, 502 bridges and more than 3,995 miles of highway in New Jersey are in poor condition. Since 2011, commute times in the Garden State have increased by 8.8%, and drivers pay an average of $713 annually in costs due to driving on roads in need of repair, The White House... Read more → 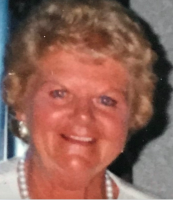 William E. Cleary Sr. | CNBNewsnet GLOUCESTER CITY NJ--Political activist Wil Levins will be installed as president of the Gloucester City Democratic Club, tonight (Monday). Levins was a former CNBNews columnist (On Point by Wil Levins) who ran for city council in 2009 as an Independent. In 2011 he ran for state assembly as a Republican. Levins, the former chairman of the Gloucester City Republican Club, has been a member of the Democratic Club since 2013. Over the years there have been a number of local Republicans and Independents politicians who have switched to the Democrat side of the aisle for one reason or another. For turning their back on their former colleagues many of those individuals ended up with a well-paying job in Gloucester City or elsewhere in South Jersey. Levins was asked if he had been promised a job or anything else for changing political parties. “No new... Read more →

RELATED: CNBNEWS POINT OF VIEW by Bill Cleary CHEER-To the new owner of the former Red Mill Tavern building, 500 unit block of South Broadway, Gloucester City for taking that run down property and fixing it up. A big improvement! Thank you for showing Community Pride. JEER-The 2010-11 Gloucester City School District budget totaled $38.8 million. The 2011-12 budget was $45 million and the 2012-13 budget totals almost $48 million or approximately $10 million more than two years ago. Yet school enrollment, around 2000 students, has remained the same for a number years. So why does the budget continue to climb? Those in charge will point to the fact that City residents are only paying a small portion of the school budget. For example this year because of state and federal monies the estimated amount is $18 million. “Why should any City resident complain? “It is not coming out of... Read more →

Posted by CNBNewsnet on Sunday, May 06, 2012 at 08:00 PM in CNBNEWS.NET Point of View, CNBNews.net TIPS AND SNIPPETS, FREINDLY FIRE by Chris Freind, GUEST OPINION/EDITORIAL, On Point by Wil Levins | Permalink | Comments (8) 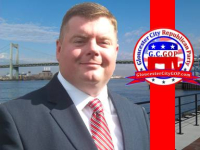 cnbnews.net CNBNEWS-You have been busy trying to resurrect the Republican Party in Gloucester City. Though you are in the minority, what do you point to as a positive sign for your Municipal Party? WL - One thing we have tried to accomplish over the past two years is to show people that just because we are the minority Party doesn't mean we are an irrelevant Party. In 2011, Republicans won in Gloucester City polls for the first time in decades. Though we were not successful in our efforts last year, I was very encouraged by the optimistic indicators given by Gloucester City's voters. CNBNEWS-What do you attribute to these results? WL - Part of it was being the hometown guy on the ballot however, I believe our message played the biggest role. I think it really spoke to a growing cross-section of voters and showed that not every issue has... Read more →

Where is the legitimate political discourse?

Earlier this week, South Jersey Citizens United released a statement decrying the Courier-Post’s decision to give George Norcross a seat on their editorial board. Though the Courier-Post is a privately held company that can appoint whomever they choose to their editorial board, I find this decision to be a sad testament to their lack of journalistic objectivity and political bias. READ THE SJCU PRESS RELEASE HERE There is no doubt that republicans are the minority party in Camden County, however this area of the state has tens of thousands of conservative minded residents who deserve to have a voice in a newspaper that attests to serve the entire region. We support Tom Crone of the South Jersey Citizens United and agree with their position. CLICK HERE TO GO TO THE SJCU's WEBSITE The following is our letter the Courier-Post’s editorial board. We encourage all residents who feel the same on... Read more →

Posted by Account Deleted on Sunday, February 13, 2011 at 01:36 PM in General/Political News, Letters/SOUND OFF, On Point by Wil Levins | Permalink | Comments (1)