The Irish in Camden County

THE IRISH IN CAMDEN COUNTY Joseph John Kelly Camden County Historical Society Camden 1984 >Introduction  The story of the Irish in Camden County is a topic for a volume, not a booklet. In a full social history of southern New Jersey, it would make up a substantial part, informing discussions of the region's economic, political, religious, educational, and recreational life for the past three centuries. The following essay is a modest attempt to record the Irish contribution to the county, at least in outline, and to recount the assimilation of a major ethnic group into American life--after a period of intense opposition. In doing so, the essay may also correct popular misunderstandings about the Irish--and American life in general--by detailing their historic role in all its diversity. In addition, it may exemplify the ways in which minorities, past and present, enter the mainstream. In the Camden County Historical Society's overall... Read more →

William E. Cleary Sr. Abramson Cancer Center PHILADELPHIA, PA--Today, Wednesday, I left the house at 10 AM expecting traffic to be heavy because of the rain and fog. But to my surprise traffic was light. I arrived on South Street in 20 minutes and it took me another 10 minutes to navigate my way to the valet parking at the Abramson center on 34th St. Connie wanted to come with me but I told her no. I was okay. After my first treatment, I felt no side effects. I do feel nauseous and I am having headaches but I blame those problems on the hormone pills. My appointment was for 11 AM. I no sooner sat down than the buzzer I was holding started to beep. It was 10:45 AM. I am being called already. The buzzer continued to beep as I opened the door into the proton staging area.... Read more →

MY SECOND BATTLE WITH CANCER IS UNDERWAY

updated William E. Cleary Sr. | CNBNews Editor GLOUCESTER CITY, NJ (December 5, 2022)(CNBNewsnet)--This past May, I received a call from my doctor's office that I needed to see a specialist because my prostate-specific-antigen or PSA test results were high. A high PSA is one of the signs of prostate cancer. As soon as I heard that the level was high, my thoughts went to my brother and father, whom both had prostate cancer. Prostate cancer is hereditary and is slow growing. Some of the telltale signs of that cancer include: Blood in urine Blood in semen Unexplained weight loss Erectile dysfunction Bone pain (typically associated with advanced prostate cancer) A weak urine stream Needing to pee more frequently, often during the night Twelve years ago, I was diagnosed with kidney cancer. Fox Chase urologist Robert Uzzo removed the tumor. Fortunately for me, the biopsy of the tumor revealed that... Read more → 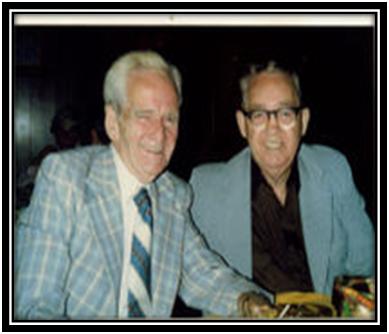 (GLOUCESTER CITY, NJ)(June 22, 1994)--George F. Cleary Sr., 80, who started as a reporter and became the owner, publisher, and editor of the weekly Gloucester City News from 1950 until he retired in 1984, died Sunday at his Gloucester City home after a long battle with diabetes and Parkinson's Disease. Raised in Gloucester City, Mr. Cleary was one of the city's biggest boosters and was active in civic affairs. "He was a good hard working person," said Walt Burrows, scholastic sports editor for the Courier-Post and an associate of Mr. Cleary since the 1950s. ''He was one of the top men in town and was widely respected. He was very dedicated to the city and always used the newspaper to support the city. And he was very supportive of the city's two high schools and sports programs." Mr. Cleary served on the Gloucester City Board of Education from 1949 to... Read more →

William E. Cleary Sr. | CNBNews EDITOR'S NOTE: We first published this article in 2008. Because it is such a great story we bring it out from our archives each year on Mother's Day to share with you again. The author is unknown. I was looking for a photo to use with it and I thought why not use a picture of our mother, Mazie (Tucker) Cleary who passed away in 1995. The first photo of her was taken a few years before she died from complications of Alzheimer and the second is a much earlier photo of her. As for the article, it is a nice tribute not only to her but to all Moms throughout the world on this special day. How much I wish our mother was here today so I could have just one more chance to tell her how much she meant to me. Looking... Read more →

Happy 58th Wedding Anniversary to the Love Of My Life!

Bill and Connie Cleary Sr. April 18, 1964, St. Mary's Church, Gloucester City To my Precious Connie, Today, we are celebrating our 58th wedding anniversary. Thinking back I remember how happy and proud I was to walk down the aisle with you on my arm. The prettiest girl in Gloucester City in 1964 is still the prettiest girl in Gloucester City today. APRIL 18, 1964 From left to right, Marion Blome, Ginny Sarlo Tavener, Dolores Cleary Raube, Joanne D'Ambra. Standing, Gary Gross, John Hindsley, Tom Sarlo, father of the bride, Connie, Bill, George Cleary Jr., Warren Tavener We were two kids still wet behind the ears. I was 19 and you 20. They said it wouldn’t last, that we were too young to be truly in love. I think we proved those naysayers wrong decades ago; don’t you? Billy Jr., Kelly Ann, Connie Lynn Our family quickly grew from just... Read more →

THE FIFTIES THE GREATEST DECADE OF ALL TIMES

+++++++++++ submitted by John Dunkirk..."I have no idea who wrote the poem below but it is right on!" The Land That Made Me ME Long ago and far away, In a land that time forgot, Before the day of Dylan Or the dawn of Camelot There lived a race of innocents And they were you and me. Ike was in the White House In that land where we were born Where navels were for oranges And Peyton Place was porn. We learned to drive in drivers-ed Washed our hair at dawn We spread our crinolines to dry In circles, on the lawn. We longed for love and romance And waited for our prince And Eddie Fisher married Liz And no one's seen him since. We danced to Little Darlin' And sang to Stagger Lee And cried for Buddy Holly In the land that made me ME. Only girls wore earrings... Read more →

PEYTON AND ME (XII) Good News and Bad in Biopsy Report

William E. Cleary Sr. | CNBNews Peyton loves taking a ride in the van GLOUCESTER CITY, NJ (August 17, 2021)--Monday night we headed to Dr. Ed Sheehan's Veterinary Clinic in Fairview to have Peyton's remaining stitches and staples removed. As you can imagine Peyton was very happy to get those annoying things out of her rear hip as was Connie and I. With the stitches gone so is the E collar. What made us even happier was the news that Peyton and me can get back to our daily two-mile walk. The results of her biopsy were also released last night. Dr. Sheehan said the tumor was malignant but he said, "it is a low grade malignancy." Meaning the chance of it coming back "is one in a thousand." Dr. Sheehan cautions us that he can't guarantee that someday it might return. A Kansas State Veterinary Diagnostic Laboratory report revealed... Read more →

Tuesday's TIPS AND SNIPPETSl The College of New Jersey (TCNJ) - Junior Adam Tussey (Brooklawn, NJ/Gloucester City High School) was named to the NJAC All-Star Baseball Second Team at second base. He boasted a .402 average with 66 hits, including 61 singles, while driving in 28 runs for the Lions as a starter in all 38 games at second. He also leads the team with 158 at bats and has drawn 24 walks and struck out just six times, ranking 20th nationally as the toughest to strikeout. And TCNJ Junior Vince Mazzaccaro (Gloucester City, NJ/Gloucester Catholic High School) batted .346 with 15 extra-base hits including eight doubles and five home runs. He added 42 RBI with a .523 slugging percentage in 38 starts at third. Mazzaccaro was named to the NJAC Honorable mention All-Star squad. Don't Forget Gloucester City's Environmental Day Saturday Flagship Charters of Philadelphia will be docking on... Read more → 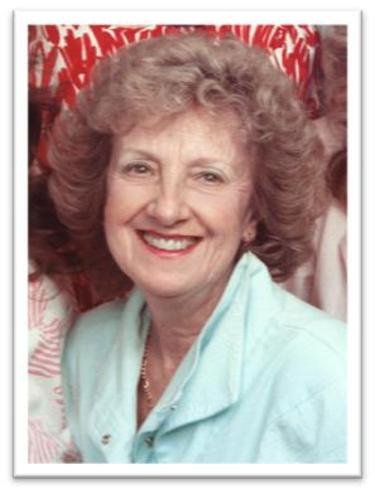 Source http://www.courierpostonline.com By RENEE WINKLER Courier-Post Staff Anyone who spotted Ruth Cleary tooling around in her red Chrysler convertible probably thought of her as a blithe spirit. She always had time to chat with neighbors she met during her 46 years in Haddon Heights or with people in nearby communities visiting the same yard sales as she. But there was a warmer, more giving side to Cleary, who died recently after an illness that forced her into a Cherry Hill nursing facility for the last year of her life. By then, her beloved car had been replaced by a wheelchair, said one of her three daughters, Kathy Underwood of Gloucester City. Cleary spent a lifetime opening her heart -- and often her wallet -- to strangers who became friends. Born in Pine Grove, Pa., near Pottsville, she was on her own at 16 after her parents' death. She began to... Read more → 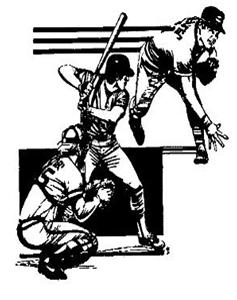 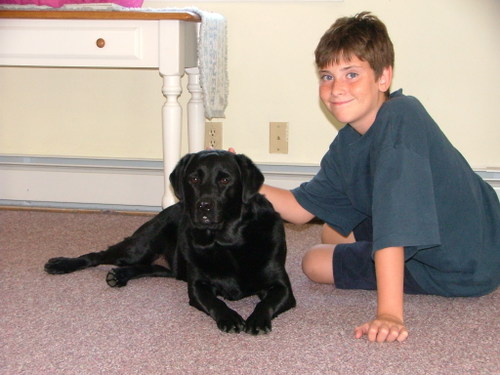 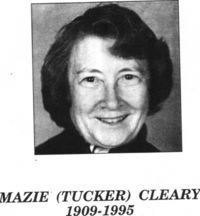 By Mazie Elizabeth Tucker Cleary November 15, 1978 W hen I was growing up I remember parties we had at one another’s homes. For refreshments we would have lemonade and homemade cake. We would play games such as spin the bottle, post office, dance to the music of a Victoria records or sing and play a player piano. That is if no own could play the piano. When just a kid some of our games were lay sheepie lay, blind man’s bluff, London Bridges falling down, Go in and out the windows, kick the ricket, prisoner’s base, jacks. The boys would play marbles and the girls would jump rope. Also we would roller skate up and down the sidewalks and sometimes in the streets. We didn’t have Television so we made our own fun. Summer time we had picnics, went canoeing or took rides on the lake in rowboats. My... Read more →