Education Web Tools Every Teacher Should Know About

Gloucestercitynews.net (March 16, 2020)--Educational services across the world have got interested in the use of various web tools for their strict performance due to their simplicity as well as teamwork globally. The digital environment ensures content, mutual benefit and also proper security amongst the members. Some of the tools include blogs, wikis, podcasts and social networking. Teachers who are the curriculum implementers ought to clearly define and use the tools to their more significant advantage as well as assist the learner meaningfully. Various education web... Read more →

MAC Championship to be Played at Ford Field

How to Produce a Perfect Essay?

Gloucestercitynews.net (Sept. 25, 2019)--A lot of people detest essay writing because, honestly, it can be a quite difficult task for anyone. Generally, writing a good essay requires that you adequately follow the process involved no matter the subject you may be writing on. The writing process can actually take up a lot of your time – which is very precious – to gather materials, read and brainstorm ideas that eventually you’re going to use in your work. If it were possible, many people would totally... Read more → 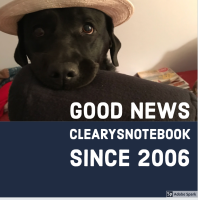 NEW YORK (July 31, 2019)(Gloucestercitynews.net)- — Today, the U.S. Environmental Protection Agency (EPA) commemorates the 20th anniversary of the Superfund Redevelopment Initiative (SRI), launched in 1999 with the goal of returning formerly contaminated lands to long-term sustainable and productive reuse for communities across the country. Returning Superfund sites back to productive use has resulted in dramatic changes in communities by improving the quality of life, raising property values, and providing needed services to communities. “Over the past 20 years, the Superfund Redevelopment Initiative has proven... Read more →

Self Defense for College Students-2019 Guide To Campus Protection

(CNBNewsnet)(December 14, 2018)--Many college students and institutions are aware of the importance of personal safety and self-defense, but not everyone knows the best ways to defend yourself. From keeping yourself prepared when out alone to knowing how to defend yourself and what to use, these rules will help in any campus. Don’t just arm yourself with a knife or stun gun, learn how to use them and how to avoid getting into a situation where they are needed. If you or a loved one are... Read more →

(November 1, 2018)--If a prospective research paper author is concerned in a more general tutorial on research papers, where one must check out several research paper workshops that are accessible on the Web. If one requires to get in progress right away, one should start from the essay table of contents to see what's at that specific site, and then browse step by step to follow a recognized approach to accomplishment on one's research paper. Please, note that it doesn’t matter whether you need a... Read more →

Some Useful Advices For Writing A Good Dissertation 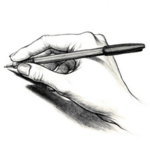 CNBNews graphics file On the off chance that you are perusing this, it is sheltered to expect that you are some place during the time spent contributing an assemblage of unique learning to your scholastic field. This is, after all what writing a dissertation is. It is further protected to accept that in the event that you are at this phase of a scholarly profession then you have officially aced the basics of scholastic work. You are a lord of note-taking, a searcher and discoverer... Read more →

How to Land Your First Job After College 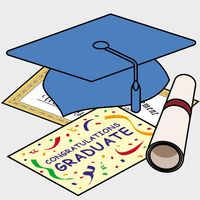 CNBNews graphics file (CNBNewsnet)(September 4, 2018)--University is meant to prepare you for the job you’ve always dreamed of, but today a degree alone is not enough. Many top employers want candidates to have had real work experience, meaning that the new college experience needs to include internships throughout the four years of your Bachelors. Regardless of whether you prioritized interning during your college career or not, you can land your first job after college by following this guide: Use Your University Services Before You Go... Read more →

EMU Wins in the First Round of the CIT Tourney

By Raymond Rolak | CNBNewsnet YPSILANTI-- The Eastern Michigan University Men’s basketball team took a giant step to salvage the 2017-18 season by posting a resounding 85-63 victory over Niagara in the CollegeInsider.com postseason tourney. It is a nice consolation prize after the tough 64-63 last second loss to Toledo in the semi-final at the Mid-American Conference Championship in Cleveland. It is not the NCAA Tournament or even the NIT but EMU could go far in the CIT. Before a sparse crowd, redshirt junior Elijah... Read more →

When the NFL formed in 1920, football already had a strong following in the United States. That popularity allowed young players to earn decent livings while honing their skills. Today, the NFL has a long history of amazing players. These four stand out as some of the best. Jim Brown Jim Brown is a former NFL fullback recruited by the Cleveland Browns in 1957. Over eight seasons, he won numerous awards and set records that took decades to beat. Everything about the player comes from... Read more →

The Associated Press Last Updated - June 22, 2013 1:30 GMT OMAHA, Neb. – It’s the Southeastern Conference vs. the Pac-12 for the second consecutive year in the finals of the College World Series. Mississippi State and UCLA will square off in the best-of-three starting Monday at TD Ameritrade Park after each went unbeaten in winning its bracket. “‘I know it sounds crazy, but our kids just think something good is going to happen and, by the way, our coaches do, too.” – John Cohen... Read more →

All games played on April 20, 2013 No. 7 Virginia Baseball Sweeps Doubleheader Against No. 5 Florida State CHARLOTTESVILLE, Va. – The seventh-ranked Virginia baseball team swept a doubleheader against fifth-ranked Florida State Saturday at Davenport Field, running away with a 9-2 victory in game one before one-hitting the Seminoles, 2-0, in the nightcap. Virginia (34-6, 15-5 ACC) swept a doubleheader for the first time in program history against Florida State (31-8, 13-7) while clinching its sixth ACC series win in seven tries this year.... Read more →

Penn Handles La Salle Explorers, 5-3 Box Score Box Score (PDF) PHILADELPHIA – The Explorers held Penn scoreless until the sixth, but the Quakers scored five runs in their last four at bats en route to a 5-3 victory over La Salle on Wednesday afternoon at Hank DeVincent Field. Sophomore Mark Williams extended his reached base streak to 14 games with a 3-for-5 showing and freshman Joey Ravert (3-3, BB, HBP) picked up his seventh hit in consecutive days. Penn improves to 19-11 on the... Read more →

La Salle 4, Temple 3 APRIL 5, 2013 AMBLER, Pa. – Sophomore Kevin Baron stroked a single down the left field line to drive in the go-ahead run in the top of the ninth and senior Pat Christensen stunted the Owl’s comeback effort in a 4-3 Explorer win on Friday afternoon at Skip Wilson Field. Christensen improved his season record to 4-1 in his three inning effort (1 R, 1 BB, 4 K) in relief. With the victory, La Salle improves to 10-16 (5-2 A-10)... Read more →

Lions fall in 10th inning to Webster 6-5 Lakeland, Fla … The College of New Jersey baseball team suffered a tough setback, falling 6-5 in 10 innings to Webster University at Ted A. Broer Field on the campus of Southeastern University. The Lions (2-5) came back from a 5-2 deficit and received strong efforts from a trio of rookie pitchers, but a walk-off single with one out by Gorlok centerfielder Cody Stevenson drove in the winning run. Webster (4-5) notched its fourth win of the... Read more →

MARCH 10 2013 Smith Blasts Pair of Home Runs to Lead Bears to Wins in First Games Since Feb. 10 WILMINGTON, Del. – Junior infielder Colleen Smith (East Islip H.S./Islip Terrace, N.Y.) posted four hits, including a pair of home runs, and drove in three runs as Kutztown University (5-2) returned from a lengthy break to earn a sweep of a non-conference doubleheader against Goldey-Beacom College (1-7) at the Lightning’s Jackson Athletic Complex on Sunday afternoon. Led by Smith, Kutztown took an 8-0 victory in... Read more →

Two La Salle players recorded double-doubles, but it was not enough to overcome Penn's 46 percent shooting as Penn took a 65-56 decision over La Salle on Friday night at the Palestra. Brittany Wilson (Pawtucket, R.I./Northeastern) scored a game-high 24 points and added 10 rebounds for her third double-double, and Shanel Harrison (Washington, D.C./Virginia Tech) added 10 points and a game-high 12 rebounds for her second double-double. Kara Bonenberger led Penn with 16 points on 8-for-9 shooting from the floor and Alyssa Baron added 15... Read more →

Senior Scores Game-Winning Basket With 2.2 Seconds Left to Cap 21-Point Effort KUTZTOWN, Pa. – Senior guard Jacinda Jones (Concord H.S./Claymont, Del.) scored the game-winning basket with 2.2 seconds left in regulation as Goldey-Beacom College (3-0) overcame a late deficit to earn its third consecutive win, a 67-66 non-conference victory over Kutztown University (0-1) in the Bears’ season opener at Kutztown Arena on Monday evening. Jones, who scored a season-high 21 points in the victory, capped a game-ending 8-0 run for the Lightning when she... Read more →

ADELPHI SURGES PAST GOLDEY-BEACOM FOR FIRST WIN OF SEASON, 68-46

Simpson Leads Panthers by Scoring 18 Points with 8 Rebounds BRIDGEPORT, Conn. – Senior forward Bradley Simpson (Goulburn, Australia) scored a game-high 18 points, including 14 in the first half, and added eight rebounds to Adelphi University (1-1) to its first win of the season, a 68-46 victory over Goldey-Beacom College (0-2) in the University of Bridgeport Men’s Basketball Classic at Hubbell Gymnasium on Sunday afternoon. Led by Simpson, the Panthers sprinted out to a 37-14 lead in the first half by connecting on 46.9... Read more →

Senior Records “Double Double” With 17 Points and 13 Rebounds SPARKILL, N.Y. – Senior guard Devonne Richardson (Milford Mill Academy/Baltimore, Md.) scored a game-high 17 points and added 13 rebounds as Goldey-Beacom College (1-0) overcame a two-point half-time deficit to edge St. Thomas Aquinas (0-1) by a 58-51 margin in the season opener for both teams at Aquinas Hill on Friday evening. Richardson, who recorded the 31st “double double” of her career, tallied nine of her points after the intermission as the Lightning rallied from... Read more →

Link to Box Score: http://www.umterps.com/sports/w-baskbl/stats/2012-2013/wb110512.html FOR IMMEDIATE RELEASE - Nov. 5, 2012 STRONG SECOND HALF LIFTS MARYLAND TO 84-46 WIN OVER GOLDEY-BEACO Tianna Hawkins Leads Terrapins to Victory with 20 Points and 15 Rebounds COLLEGE PARK, Md. – Senior forward Tianna Hawkins (Riverdale Baptist H.S./Clinton, Md.) scored a game-high 20 points and added 15 rebounds as the University of Maryland used a strong second half to earn an 84-46 exhibition victory over Goldey-Beacom College in front of an announced crowd of 3,369 fans at the... Read more →

Duo Ranked Among Team’s Scoring Leaders Last Year WILMINGTON, Del. – Junior guard A.J. Picard (Souderton Area H.S./Skippack, Pa.) and sophomore guard Marcus Porter (Howard H.S./Wilmington, Del.) have been selected to serve as captains for the 2012-13 Goldey-Beacom College men’s basketball team, it has been announced by Coach Chuck Hammond. “Having two captains that are only a sophomore and junior exercise the youth of this team,” Coach Hammond said. “A.J. and Marcus have provided a solid foundation that I believe can help us be successful... Read more →