Boxing gloves (Photo credit: Wikipedia) SAN DIEGO, June 11, 2016 – California's John Molina Jr. used a volume attack behind a solid jab to take the starch out of Ruslan Provodnikov of Russia, scoring one of his most meaningful victories to date with a unanimous decision. Judges scored it 117-111, 116-112, and 115-113. It wasn't the wild brawl many fans expected… Read more →

LAS VEGAS — Manny Pacquiao joined Floyd Mayweather Jr. in retirement Saturday night, less than a year after they produced the best-selling prizefight in history. In beating Timothy Bradley by unanimous decision at the MGM Grand Garden Arena, Pacquiao accomplished most of what he wanted in his return to the ring since saying he underwent right… Read more →

SAN DIEGO, March 11, 2016 – A slew of big boxing names won't step in the ring this weekend as expected due to a wide array of problems, some of their own making. The most disappointing was the last minute cancellation of Canadian middleweight David Lemieux's (34-3, 31 KOs) return to the ring on Saturday in… Read more →

SAN DIEGO, February 19, 2016 – Baseball has its minor leagues. The National Football League and National Basketball Association have the NCAA system. In boxing, the equivalent of the minor leagues are local events featuring regional prospects. This is where boxing fans can see the potential stars of tomorrow, frequently in small venues where they can… Read more →

SAN DIEGO, January 30, 2016 – If Sergey "Krusher" Kovalev established anything with his beatdown of Canadian Jean Pascal in Montreal on Saturday, it was this: his punching skills are exceeded only by his mean streak. Kovalev (29-0-1, 26 KOs) could have ended his fight with Pascal (30-4-1, 17 KOs) several rounds earlier with a clean… Read more →

BOXING TOP FIGHTS OF 2015: Vargas vs. Miura is FIGHT OF THE YEAR

SAN DIEGO, January 1, 2016 – The past 12 months in boxing brought fans a "Fight of the Century" which simply couldn't live up to expectations. But when the noise died down from Mayweather vs. Pacquiao, there were plenty of terrific fights and impressive performances worth remembering and calling out as we look back on the… Read more →

HBO Boxing's Best of 2015 series kicks off Sunday with tripleheader

SAN DIEGO – December 27, 2015 – In the return of a holiday tradition for fight fans, HBO Boxing airs its best fights from the 2015 for fans to enjoy again, or perhaps catch up with for the first time. Starting Sunday and for four consecutive nights, HBO will air two top bouts back to back… Read more →

A black leather jacket that Sylvester Stallone said he bought in Philadelphia and wore for "many, many years" before donning it on screen in "Rocky" sold at auction recently for nearly twice the amount it was expected to fetch. Though the 1976 movie about a struggling Philadelphia fighter who gets a rare opportunity to fight the… Read more →

Boyd "The Rainmaker" Melson aims to knock out paralysis 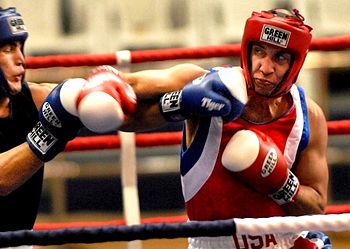 When the referee lifted his arm to declare him the winner, Shakur Stevenson fell to one knee and pointed at sky. He had realized his lifelong dream to become an Olympic athlete -- which, considering he is the ripe old age of 18, is an impressive feat. Stevenson, a Newark native who started mimicking the boxers… Read more →

They gathered outside City Hall. They crowded into Scott Park. They stood on the hillside of the office buildings Larry Holmes constructed along the street that bears his name. And when Holmes finally got to speak Sunday on a day the covers were removed from a statue memorializing the ex-heavyweight champion, Holmes paid tribute to the… Read more →

Larry Holmes statue ceremony: Who and what to expect

Promoter Don King and former fighters Gerry Cooney, Earnie Shavers and Michael Spinks are among the biggest names expected Sunday for one of the greatest days of Larry Holmes' life. Boxing promoter Don King arrived in Easton on Saturday. "Larry is like a son," he said of Larry Holmes, who will be feted on Sunday. (Jim… Read more →

If you ever loved Rocky, run to see 'Creed'

There have been a LOT of Rocky movies over the years. And to an extent, each reflects its times: as easily seen in the patriotic, Cold War themes of 1985′s "Rocky IV" or the slow-paced, urban poor feel of the original, 1976 "Rocky." Now "Creed," the seventh Rocky movie, has come to the screen, and it… Read more →

Op-Ed: Ali, Frazier and the cost of the 'Thrilla in Manila'

VIDEO SOURCE: DAILY MAIL It was, Muhammad Ali would later say, the closest thing to death he had ever known. He and Joe Frazier had gone 14 brutal rounds in stifling heat of a Philippines morning before Frazier's trainer Eddie Futch mercifully signaled things to an end, his fighter blind and battered and feeling pretty close to death himself. It… Read more →

After 40 years, it's still a Thrilla

Ali-Frazier III remains the ring's ultimate gauge of bravery - and brutality Eddie Futch didn't live long enough to hear Joe Frazier fully forgive him. And Smokin' Joe himself died before Angelo Dundee and Muhammad Ali belatedly tried to close his emotional wounds, which had festered since the 'Thrilla in Manila' on Oct 1, 1975. After… Read more →

Why Donald Trump will be inducted into the N.J. Boxing Hall of Fame

Donald Trump likes to pick fights, but that's not why he's being inducted into the New Jersey Boxing Hall of Fame. "During the 1980's Atlantic City was the capital of the Boxing World and Donald Trump had a lot to do with it, including many of Mike Tyson fights," the Hall's announcement said of the presidential… Read more →

PHILADELPHIA, Sept. 2, 2015 /PRNewswire/ -- XFINITY Live! Philadelphia is set to unveil a new 12-foot bronze statue commemorating Joe Frazier, one of the most iconic Philadelphia athletes in history, during a free, open-to-the-public ceremony at XFINITY Live! on Saturday, September 12at 1 p.m. XFINITY Live! and Joe Hand Promotions were the lead contributors for this memorial. Statue artist Stephen Layne recreated Frazier in mid-punch, depicting the moment after Frazier landed the punch that knocked down Muhammad Ali in the 15th round, on March 8,... Read more →

(CNBNEWSNET)--All over the world, there are talented young people with their hearts set on a career in sport. For many of them, once they finish high school, the ideal is to get a sports scholarship to a US college, which is why companies that help match talent up to American colleges, such as asmscholarships.com , fill an important role. There are strong sports leagues and competitive athletics meets all over the world, and for some sports like soccer, it can be argued that the US... Read more →

One by one they give in. At first the women look almost bored, but then they too become animated and are drawn into the violence. It is the second fight of the night and Andy from Newcastle is the object of their attention. “Come on, Andy!” they call to the modestly-sized man with the sculpted figure,… Read more → 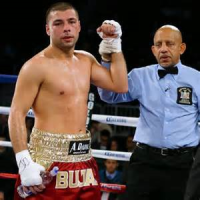 By Raymond Rolak CNBNews Sports Steve Bujaj of New York is set to return to Detroit for an eight round contender fight. DETROIT-- Unbeaten cruiser-weight Steve Bujaj, (12-0-1, 9 KO's); of Tuckahoe, New York, comes back to Detroit for an eight round co-main event. Bujaj, will be one of the headliners at the Masonic Temple-Jack White Auditorium in Detroit on Saturday, November 8. It is his first time back fighting since suffering a broken jaw. He will take on veteran Zack Page (21-44-2); of Warren,... Read more → 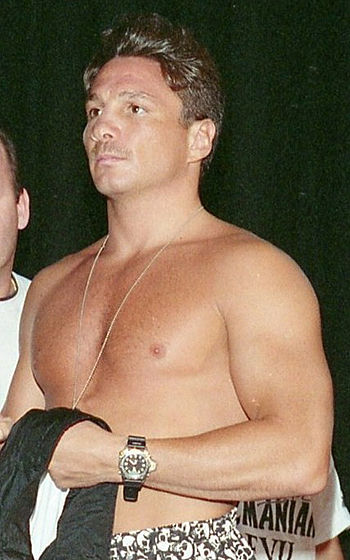 BARNES GETS FIRST ROUND KO

Anthony Barnes of Huntington Woods, Michigan knocked out Darryl Fields from Akron, Ohio with a heavy right at 21 seconds of the first round in the co-main event at the Royal Oak Theater. Barnes goes to 6-0. It was a 10 bout card presented by KP Boxing. (Photo by Susan L. Barnes) By Raymond Rolak CNBNews ROYAL OAK, (Michigan)-- The Kaltsas Promotion’s 10 bout fight card presented at the Royal Oak Music Theatre, was showcased more than expected. The last two headline fights, ended in... Read more →

BOXING: Next up for Bernard Hopkins? A date with knockout artist Sergey Kovalev 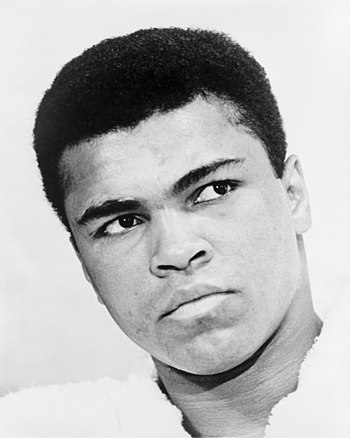 English: Bust portrait of Muhammad Ali, World Journal Tribune photo by Ira Rosenberg (Photo credit: Wikipedia) Logo for the company Everlast (Photo credit: Wikipedia) NEW YORK, Aug. 1, 2014 /PRNewswire/ -- Everlast, the global leader in fight sports, is indisputably the most iconic and recognizable brand in the sport of boxing. The Everlast gloves worn by Muhammad Ali in his 1971 fight against rival Joe Frazier sold at auction Thursday for $388,871. The fight, nicknamed "Fight of the Century", ended by unanimous decision and solidified... Read more →

Bobby Cox, Tom Glavine, Tony La Russa, Greg Maddux, Frank Thomas and Joe Torre to Be Enshrined Sunday at National Baseball Hall of Fame July 26, 2014 The Hall of Fame Class of 2014 greeting the crowd during the Awards Presentation. (Milo Stewart, Jr./NBHOF) (COOPERSTOWN, N.Y.) – The line outside the National Baseball Hall of Fame and Museum on Saturday began winding into nearby Cooper Park just after 9 a.m. on Saturday, and the fans continued to pack baseball’s cathedral throughout the afternoon. The legendary... Read more →

LAS VEGAS, July 14, 2014 /PRNewswire/ -- The knockout punch will be revitalized this summer with the launch of Big Knockout Boxing (BKB) – a new, more intense, toe-to-toe action-packed version of boxing designed to bring back what fans have missed most about the sport – the electrifying knockout. BKB will hold its premiere event Saturday, Aug. 16 in the boxing capital of the world at the Mandalay Bay Events Center in Las Vegas at 7 p.m. PDT and will be a Pay-Per-View (PPV) event... Read more →

Last summer, NewsWorks brought you the story of James "Too Sharp" Barnett, then a 13-year-old aspiring boxer from Germantown with dreams of adding his name to the list of legendary Philadelphia fighters. At the time, Barnett had 10 fights on his record — already steeped in a boxer's confidence, he shrugged off his first-bout loss as ring robbery — and was slated for upcoming fights in Allentown and at an Ohio state fair. "Can't wait to see what's next," his trainer, the locally renowned Del... Read more →

By Raymond Rolak CNBNews Sports THE POLISH PRINCE St. Charles, MO-- Ryan Kielczewski, 24, the pride of Quincy, Massachusetts went to 20-0 (4 KO's) with an eight round unanimous decision over Ramsey Luna. Luna, 22, of Corpus Christi, Texas now stands at 12-2 (5 KO's). The Ameristar Casino crowd never got enthused with the plodding and lackluster match. The win puts Kielczewski into a great position for a super flyweight title bout. Kielczewski kept scoring with a methodical style. With the win, Kielczewski, who has... Read more →