Following the breaking news that IOC member Dick Pound has claimed that a postponement of the Olympic Games has now been all but agreed in light of the global coronavirus (COVID-19) outbreak; Conrad Wiacek, Head of Analysis & Consulting at Sportcal, a GlobalData company, offers his view on the postponement of the Olympic Games: "Up to this point both the IOC and Japanese government have insisted the Games will go ahead as scheduled, with a view to preserving over $10bn worth of global media and sponsorship agreements, but at this stage, it looks like we are waiting for official confirmation... Read more →

CNBNews note: A September 2015 article written by reporter Anne Forline reveals the plan for the City to assume the title to the Mary Ethel Costello School was first discussed almost three years ago between School Superintendent Joseph Rafferty and Mayor William James. Forline is the publisher and editor of The South Jersey Observer ++++ published September 17, 2015 in the Gloucester City News RELATED: Opinion: Oh No! Not Again! Gloucester City to Purchase More Real Estate Read more → 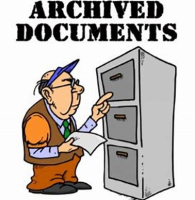 By: Anne Forline (Gloucester City News March 21, 2013)Bellmawr’s highly anticipated $3 million roof referendum passed by 125 votes while Brooklawn’s $1.8 million referendum was voted down 121-109. Bellmawr School Superintendent, Annette Castiglione, confirmed the official numbers of 559 yes votes and 425 no votes and commented, “We are very happy that we can finally get moving on this.” She was impressed with the large turn-out and said that in in the past, general school budget elections yield only about 600 voters. She credited a Facebook page, the schools’ PTOs and parental support as all being instrumental pieces in getting... Read more →

Thursday, February 28, 2013 photo by Anne Forline Quality Students - The student representatives smile after giving reports about their schools during the recent Gloucester City Board of Education meeting. The students are, from left: Mary Ethel Costello's Sophia Harley, Cold Springs School's Riley Marcheski, and Gloucester High's Stephaine Kauffman. By Anne Forline Gloucester City News During the recent Gloucester City Board of Education (BOE) meeting, resident Vanessa Courant asked for a status regarding the district’s position on school choice. School Superintendent Joseph Rafferty answered, “The district is not moving in any area and I do not see it as... Read more → 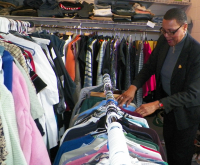 Wednesday, January 23, 2013 By Anne Forline Gloucester City News Looking over donations – Regina Andrews-Collette, Bellmawr School District’s social worker and president of the Bellmawr Education Association (BEA), looks through the donations at the clothing boutique in the school district’s Village Shoppe. The Village Shoppe will be featured on an upcoming segment of NJEA’s “Classroom Close-up.” photo credit Anne Forline When Regina Andrews-Collette sees a problem, she is not one to ignore it or look the other way. Instead, she will confront the situation head-on by asking, “How can we address it and how can we get it resolved?”... Read more →

Letter to the Editor: Recognize the Signs and Seek Help Fast

October 18, 2017 Dear Editor, Stroke, the No. 3 leading cause of death in NJ, is largely treatable. The faster you are treated, the more likely you are to recover. If you or someone you love suffers a stroke, it’s important to recognize the signs and seek help FAST. In most cases, someone other than the stroke patient, like a family member, makes the decision to seek treatment. Together to End Stroke®, an American Heart Association/American Stroke Association initiative, nationally sponsored by Medtronic, educates the public about common stroke warning signs and what to do in a stroke emergency, using... Read more →

Aug. 31, 2017 By: Anne Forline The Bellmawr Recreation Enhancement Waterfront Access project — on Creek Road and across from Larc School — is nearing completion. At Council’s August 24, 2017 monthly meeting, Councilman Steve Sauter said that the work is being performed utilizing Highway Department personnel who are working along with SealMaster. Sauter said: “We perform all the labor and SealMaster supplies all of the equipment, material, and the knowledge on how to get this done. They are using thermoplastic material. It is working out really well.” He also stated that the area will also be nicely landscaped. “We... Read more → 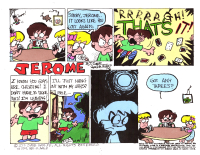 Related: ARTIST Dave Wolfe Vol. 4 No. 3 (July 9, 2017) Editor's Note: Each Sunday morning we will post a weekly comic strip provided by cartoonist Dave Wolfe, age 15. Dave has been drawing since he was 5 years old, he knew he wanted to be a cartoonist at the age of 8. He’s been distributing his comics in school since 3rd grade. (click image to enlarge) Related articles Molarity Redux: Reunion 2017 Filipino artist Mauro 'Malang' Santos dies Comic-Con, Defending Fantasy Culture and, Now, Its Brand Ep. 187: What Camera Company Might Be Getting the Axe? - and more Read more → 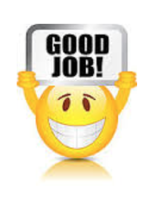 William E. Cleary Sr. | CNBNewsnet BELLMAWR, NJ (May 19, 2017)(CNBNewsnet)--Congratulations to Bellmawr resident Anne Forline, editor of the South Jersey Observer who won the 2017 Society of Professional Journalist Tim O’Brien Award for Best Use of the NJ Open Public Records Law. This award honors the best reporting that uses the N.J. Open Public Records Act to expose issues of public significance. The award is made jointly by the New Jersey Foundation for Open Government, a non-profit, non-partisan group that advocates for government transparency and free access to government information, and the New Jersey Chapter of the Society of... Read more →

The 5 Towns Rounding Out The Top 25 Overall: Haddonfield Medford Moorestown Evesham Harrison Township The Top 10 In Camden County: Haddonfield Voorhees Cherry Hill Waterford Haddon Township Collingswood Gloucester Township Bellmawr Winslow Township Pine Hill Each year, South Jersey Magazine examines what makes South Jersey one of the best places to call home: “Some towns are rich in history, while others are seeking to make new history with ambitious projects taking flight in an effort to help usher in an even brighter future.” Continue to read via southjerseyobserver.com Related articles Summer Reads Check Out Over 800 New Titles at... Read more →

Dept. of Transportation: Hugg-Harrison-Glover House in Bellmawr Wasn't Historic, After All 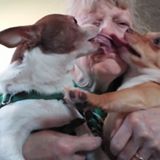 Dawn Watson | CNBNewsnet Your dog is able to speak to you with his body; the trick is to be able to understand what he’s saying. If a dog’s ears have been cropped or his tail has been docked he may be unable to express himself with them. If a dog has an intact tail a short, choppy wag indicates unease or the beginning of an attack. Tails that wag in a wide arch or in frenzied, back and forth motions mean that the dog is excited and happy. If a dog has intact ears and they are standing upright... Read more → 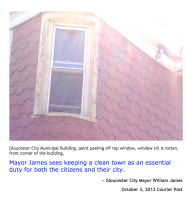 The poor condition of the windows on the west side of the municipal building have gotten worst since we first reported on this problem three years ago. (CNBNews photo) William E. Cleary Sr. | CNBNewsnet Related: You Don't Forget That First Impression Related: Blight is Spreading in Gloucester City JEER—For three years if not longer the windows and siding on the Gloucester City Municipal building, Broadway, and Monmouth Street have been in need of paint and repair. Mayor and council are supposed to set the example for residents to follow. Instill in each one of us a sense of community... Read more →

BELLMAWR N.J. (November 18, 2016)--There is a proposed, new site location for Bellmawr’s historic Hugg-Harrison-Glover House, Bellmawr Mayor Frank Filipek announced at Thursday night’s Caucus meeting. Mayor Filipek provided SJO with a copy of the Concept Plan that shows where the historic home would be moved from its present location in St. Mary’s Cemetery to a new site on Anderson Avenue. The proposed site is across from Bell Oaks School and between the Resurrection of Christ Cemetery and Bellmawr Hockey. The site is not visible from Anderson Avenue and is down an access road where the Borough maintains a pump... Read more →

PUBLISHEDTuesday, May 22, 2012 By Anne Forline Gloucester City News After returning from Executive Session during last week’s meeting, the Gloucester City Board of Education (BOE) made a motion to approve Joseph Rafferty’s contract as the new school superintendent. BOE members approved a three-year contract for July 2012 through June 2015. Rafferty’s starting salary will be $146,000, with a two percent annual increase. Those figures calculate to be $148,920 and $151,898 for the remaining two years. Board members absent from this session were Adam Baker, Bruce Darrrow and Patrick Hagan. During the meeting, various motions were made and approved. A... Read more →

PUBLISHED Thursday, June 28, 2012 By Anne Forline Gloucester City News The Gloucester City Board of Education (BOE) recognized Thomas Gray Stewart Jr. by awarding him a high school diploma through the “Operation Recognition” program during last week’s meeting. The program, a joint venture through the NJ Department of Military and Veterans Affairs (DMAVA) and the Department of Education, awards high school diplomas to veterans who left high school to serve in the military. Superintendent Paul Spaventa noted that Stewart is a Vietnam Veteran who entered the service on October 31, 1968. Stewart had previously been awarded the National Defense... Read more → posted Wednesday, April 18, 2012 Anne Forline | Gloucester City News MOUNT EPHRAIM N.J.--During the April 5 Board of Commissioners meeting, Mayor Joseph Wolk and Commissioners Andrew Greenwald and Bruce Gilmore introduced the 2012 Municipal Budget and passed several resolutions and motions. In their 2012 Budget Message, the Commissioners outlined the reasons for a tax increase. The average residential property assessed at $92,600 would pay $1,730 in municipal taxes – an increase of $128 over 2011. Factors contributing to the increase include rising budgeted operating expenditures, which have increased by $50,000. The Commissioners said this is due to increasing employee... Read more → 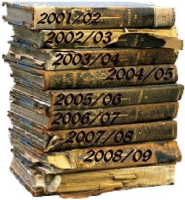 posted Wednesday, April 18, 2012 Anne Forline | Gloucester City News April 17, 2012 CNBNEWS NOTE: According to Mr. Rafferty the length of his contract and his salary are still being negotiated. That information will be announced when it is available. GLOUCESTER CITY N.J. --After returning from Executive Session during its April 4th meeting, the Gloucester City Board of Education (BOE) approved a motion to appoint Joseph Rafferty (photo) as the new Superintendent of Schools. Beginning July 1 Rafferty, who lives in Gloucester City, will serve as superintendent for the nest three years, conditional upon an acceptable contract to both... Read more →

South Jersey Observer BELLMAWR N.J.--Thursday afternoon (August 25) a group of teachers and their supporters gathered in front of Bell Oaks School in advance of the mediation meeting that was scheduled to take place at 3:30 p.m. Holding signs as they stood on Bell Road, the group showed solidarity by wearing red shirts. Bellmawr’s teachers have been working without a contract since June 30. Following the August 25 Board of Education meeting, member Eric Hoban provided an updated on the teachers’ contract by stating that negotiations are at an impasse and that a second mediation was scheduled. Ed Beail speaking... Read more → 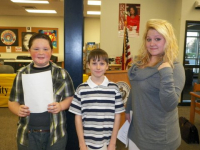 photo credit Anne Forline GLOUCESTER CITY N.J.--Quality Public Speakers - All smiles after doing a great job making presentations about their schools during the recent Gloucester Board of Education meeting are, from left: Charles Stewart of Cold Springs School, Ryan Beswick of Mary Ethel Costello and Raquel Cannon of the Highland Park Program for Success. SCHOOL BUDGET UP!-The Board approved a $47,641,266 proposed budget for the 2012-13 fiscal year which is $1,795,725 more than last years figure of $45,845,541. The school budget stayed within the 2 percent cap so voters will not decide on it during the November General Election.... Read more →

by Dawn Watson (cnbnews.net) Recently, I reached out for help with a dog on social media. As a professional, I recognized that, due to my love for the dog, I had lost my objectivity and could not properly issue the restrictions and boundaries needed in order to correct the dog's behavior. Sometimes, we come to love a pet so much that the pet begins to 'rule the roost'. This is a no-win situation. Dogs must be made to understand that they are not the decision-makers in the family. They do not decide when to bark, attack, or potty. They are... Read more →