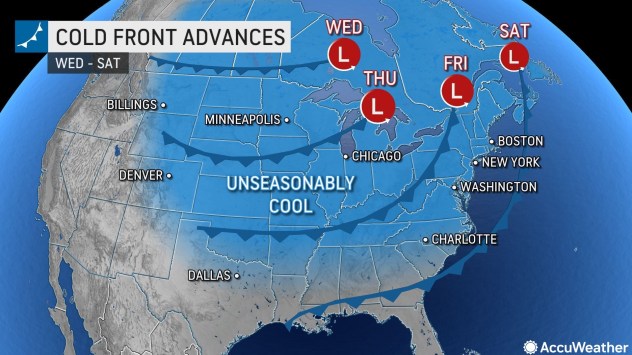 As a strong cold front moves through, the jet stream will quickly sink out of Canada and well south of the region, allowing polar air to spill southward and eastward," AccuWeather Senior Meteorologist Mike LeSeney explained. AccuWeather Global Weather Center – October 4, 2022 – AccuWeather forecasters expect the coldest air of the season to arrive this week in the Midwest and Northeast, and a little snow could even come with it. The taste of winterlike cold will occur following a brief, and perhaps welcome, warmup across parts of the East. Temperatures in recent days have been on the chilly side, especially in the Northeast, which was still dealing with the aftereffects of Hurricane Ian at the start of the week in some areas. New York City has barely made it above 60 F to start the month when average high temperatures in early October there are near 70 degrees.... Read more → 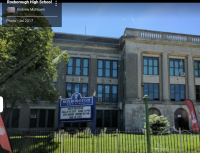 A Celebration of Life Fundraiser at KOP Grill & Tavern on Sunday, October 23rd to Honor SEPTA Conductor Daniel Ruley, Who Was Murdered on September 11, 2022 The KOP Grill & Tavern, located at 128 Town Center Road King of Prussia, will be hosting a memorial fundraiser on Sunday, October 23rd from 1 to 6 p.m. for SEPTA Conductor Daniel Ruley who was a victim of a senseless murder that occurred just outside of his Germantown home on Sunday September 11, 2022. Ruley, a thirteen year employee of the SEPTA Railroad Division, was a father of seven with his wife of six years. Ruley was based out of the Center City side of the railroad division, but his impact was felt across the system, since Ruley was what his co-workers describe as “extremely engaging.” He was described by his SEPTA managers as a “man with a smile that could light... Read more →

EDITOR'S NOTE-(Gloucester City, NJ)(October 4, 2022)--The Cleary family owned the Gloucester City News, Inc. (GCN) for 57 years (1948 up until 2005). Over the next several weeks, we will post articles that appeared in the paper from that period on ClearysNoteBook (CNBNewsnet) (https://www.gloucestercitynews.net). The Internet became a reality in 1983. For many years, the Internet was mainly used by government groups and scientists, but in 1995, commercial Internet access started to be sold to consumers. As a result of our effort, the stories we will be publishing will now be available on the World Wide Web. If you have an obituary or a news article published in the Gloucester City News from the period mentioned that you would like to share with the world, send it to wecleary@gloucestercitynews.net. +++++ Pupil Enrollment in Gloucester City Public Schools Continues to Decline by Connie L. Cleary Gloucester City News November 20, 1980 Dr.... Read more →

Football Season is Back! (MARLTON, NJ, October 3, 2022) Last week, football fans everywhere watched as Miami Dolphins quarterback Tua Tagovailoa left a game by stretcher – a haunting yet familiar image. According to several sources, the professional athlete suffered head and neck injuries, including a concussion. As a sports medicine physician with Virtua Orthopedics & Spine, Dr. Eric Requa knows the many health risks associated with football, particularly concussions. In fact, he was the team doctor for the Philadelphia Soul arena football team and has treated both collegiate and high-school players at Virtua Health, South Jersey’s largest health system. Concussions are one of the biggest concerns for athletes in contact sports, he says. An estimated 300, 000 sports-related traumatic brain injuries, predominantly concussions, occur annually in the United States, according to the Centers for Disease Control and Prevention. In a study of high school athletes, the CDC reports that about... Read more →

Berkeley Township - On September 25, 2022. Age 72. AKA Homer Wheat. Loving companion and girlfriend of Delores Hill. Beloved father of Terrance Wheat and Clarissa Hill. Catholic Committal Prayers and Interment 10 am on Wednesday, October 5, 2022 at Waterford Memorial Park: 679 Pestletown Road, Waterford Works, NJ 08089. Condolences and Memories may be shared at www.mccannhealey.com under the obituary of Chabwera Kamua. Funeral Arrangements and Inquiries may be made through: McCann-Healey Funeral Home: Gloucester City. Ph: 856 - 456 - 1142 Read more → 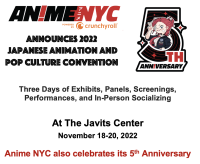 Anime NYC powered by Crunchyroll, (www.AnimeNYC.com) one of North America’s largest conventions dedicated to anime, manga, and Japanese pop culture, celebrates its 5th Anniversary at New York’s Javits Center (655 W 34th St. at 11th Ave) from November 18-20. The convention features three days of over 400 exhibits, exclusive screenings, extensive panels, performances, and appearances by some of the biggest creators in Japan, all under one roof. Over 200 hours of programming is planned for the weekend. www.AnimeNYC.com This year, over 50,000 fans are expected to gather at Anime NYC from all 50 states and 27 different countries. Countries include: Canada, Mexico, England, France, Germany, Australia, China, Brazil, and Japan. Anime NYC was founded in 2017 and has quickly become the fastest growing anime convention in the US, second only to Anime Expo which welcomes 100,000+ attendees in Los Angeles. Anime NYC has presented the largest Japanese concerts in NYC... Read more →