Shutterstock (The Center Square) – New Jersey has been given more than $66 million to combat the opioid epidemic. The money comes from the U.S. Department of Health and Human Services, a release from Democratic U.S. Sens. Bob Menendez and Cory Booker says. A release from HHS says the New Jersey State Department of Human Services in Trenton was awarded $66,756,027 through the Substance Abuse and Mental Health Services Administration, which pushed more than $1.4 billion to 58 states and territories in its State Opioid Response program. The state response program has a formula for funding, the federal release says. It seeks to increase support for prevention, harm reduction, treatment and recovery support services for opioid use disorder and other concurrent substance use disorders. Among the benefits is funding for the state, if it chooses, to buy and distribute naloxone, the overdose-reversing medication becoming more and more readily available across... Read more →

Grants support clean, safe parks redevelopment, pollinator habitats, wooded spaces and more MAYS LANDING, N.J. (September 30, 2022) – Atlantic City Electric and Sustainable Jersey have chosen 15 local municipalities to receive $75,000 in funds to support open space and resiliency projects in South Jersey. This funding is made available through Atlantic City Electric’s Sustainable Communities Grant program, which provides funding to support open space preservation, improvements to parks and recreation resources, environmental conservation, and innovative community resiliency projects. “We are so pleased to join our local communities and to help advance these initiatives that will have a lasting positive impact on our environment,” said Doug Mokoid, region president, of Atlantic City Electric. “We are committed to helping our customers and communities achieve our collective climate goals. This program is an extension of that commitment and just one of the many ways we are taking a leadership role in helping... Read more → 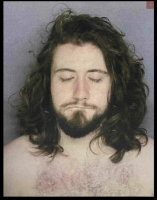 Man Enters A 25-year-old man entered an open plea on Thursday, Sept. 29, 2022, to attempted murder and related charges for shooting Yardley Police Chief Joseph Kelly and trying to shoot a Bucks County Adult Probation and Parole Officer. Colin Frank Petroziello, of Yardley, appeared before President Judge Wallace H. Bateman Jr. and entered a no contest plea to firing a shotgun at Chief Kelly, assisting a Bucks County probation officer on an offender check at the Yardley Commons Condominiums on Aug. 18, 2021. Chief Kelly suffered injuries to his ear and hand. After the shooting, Petroziello barricaded himself and his mother inside his apartment at 806 Yardley Commons. He was taken into custody after a more than 4-hour standoff. Petroziello pleaded to the attempted homicide of a law enforcement officer, two counts of attempted murder, six counts of aggravated assault, and one count each of assault of a law... Read more →

A healthy gut is vital for so many reasons. Here are tips to improve yours. HENDERSON, Nev., Sept. 28, 2022 – Gut health has indeed skyrocketed to the top of health and wellness concerns, but if it didn’t happen on social, then it didn’t happen, right? Well, it has happened on social. Enter the latest trending hashtag on TikTok: #Guttok. More than a billion posts on this platform highlight gut (a.k.a. the gastrointestinal tract) problems and potential solutions. Rather than wade through all those posts, here are some insights and valuable tips from Nutrishop, a national retail nutrition franchise specializing in dietary and nutritional supplements, vitamins, and wellness. First, it’s important to know that the bacteria in your gut play a huge role in your well-being. They are responsible for your digestive system and affect everything from metabolism and mood to brain function and the immune system. In fact, your... Read more →

Registration is Open for the 2022 New Jersey Historic Preservation Awards - We are excited to celebrate excellence in preservation this fall in various awards categories, including leadership, preservation project, writing, young professionals, and other prizes. The 2022 New Jersey Historic Preservation Awards Wednesday, October 12th, 2022 4-7 PM 1867 Sanctuary, 101 Scotch Rd, Ewing Township, NJ 08628 Our outdoor event will feature food, drinks, music, and networking, followed by the Awards presentation in our airy, spacious 1867 Sanctuary. The dress is casual or business casual. Come network and celebrate the winners of our statewide awards for preservation excellence.   Read more →

LETTERS TO THE EDITOR: HALLOWEEN “HAUNTED HOUSE” IS OFFENSIVE 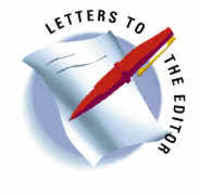 The Bridge Eco Village, located inside a former Catholic school in Harrisburg, Pennsylvania, is a development company that services disadvantaged people. Together with Rotten Concepts, a design company that specializes in haunted fare, the two entities are currently holding an event that attracted the attention of the Catholic League. Here is Bill Donohue’s response. September 29, 2022 Gary Gilliam The Bridge Eco Village thebridgehbg@gmail.com Dennis Miller Rotten Concepts rchauntdesigns@gmail.com Dear Sirs: The idea of using a former Catholic school as the site for a Halloween “haunted house”—what is happening at the former Bishop McDevitt High School in Harrisburg—seems bizarre, to say the least. But it is more than strange for “The Unholy Schoolhouse” to feature “demonic nuns and damned teachers,” instructing visitors that they will be “risking not only your life but your faith and your very souls.” And according to Dennis Miller, “It’s going to be creepy nuns, creepy... Read more →

Beyond Van Gogh: The Immersive Experience Opens at American Dream

TICKETS ARE NOW ON SALE THURSDAY AT www.vangoghnewjersey.com BERGEN COUNTY, NJ (September 28, 2022) — Imagine being wholly immersed in more than 300 of the greatest works of post-Impressionist artist Vincent Van Gogh. Now imagine experiencing all of this art liberated from its two-dimensional limitations into a three-dimensional experience that exhilarates every sense and brings to life one of the most influential artists the world has known. It’s all part of Beyond Van Gogh: The Immersive Experience, which has sold over 4 million tickets globally, making it one of the most popular travel exhibitions. The sensory extravaganza will open in East Rutherford at American Dream on December 1. While journeying through Beyond Van Gogh: The Immersive Experience, guests witness more than 300 iconic masterpieces, including such instantly recognizable classics as “The Starry Night,” “Sunflowers,” and “Café Terrace at Night,” as well as many revealing self-portraits. Prices start at $39.99 for... Read more →