Two Pedestrians Die in Wildwood After Being Struck by Vehicle; Gerald J. White, of Pittsburgh Arrested, Remains in Custody

Cape May Court House, New Jersey - Cape May County Prosecutor Jeffrey H. Sutherland and Chief Robert Regalbuto of the Wildwood Police Department announced an arrest has been made and charges have been filed against Gerald J. White, 37 years old from Pittsburgh, PA, who was the at-fault driver involved in a fatal motor vehicle crash involving pedestrians. The incident occurred near the intersection of Burk and Atlantic Avenues. Below is another view of the intersection (image scourtesy of Google maps) On September 24, 2022, at approximately 9:36 PM, patrol officers from the Wildwood Police Department were called to the area of Burk and Atlantic Avenues for the report of a multi-vehicle crash involving pedestrians. Upon arrival, it was learned that White, who was driving a 2003 Infinity attempted to flee the scene but was quickly apprehended. Members of the Wildwood Police Department and Cape May County Prosecutor’s Office Fatal... Read more →

LETTERS TO THE EDITOR: A Good City That Could Be a Great City

CNBNews graphic file Small-town politics with one-party control has hurt our community during the last thirty years. First of all, we are not living in a true democracy without a two-party or a non-partisan form of government. It’s like a football game with one team taking the field and the other team not showing up. This creates a system of “no checks and balances” which creates a haven for an environment of laziness and complacency by the ruling party. Citizens and voters will only get the best product through competition. Bob Bevan Former Mayor of Gloucester City, NJ Read more → 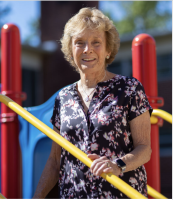 By Peter G. Sánchez, Staff Writer - September 26, 2022 Theresa Durkin has retired after teaching physical education in Saint Rose of Lima School, Haddon Heights, for 40 years. The powerhouse in South Jersey athletics, however, can still be seen around the school, assisting the principal in her free time. (Dave Hernandez) HADDON HEIGHTS – For the first time in 40 years, Theresa Durkin isn’t lacing up her shoes to lead students in warmups, stretches, or relays at Saint Rose of Lima School. She’s still around, however, to offer direction and greet children with a smile. “This is home,” Durkin says. A pillar in the school community for four decades, and a fixture in South Jersey’s Catholic education and athletics for five, Durkin, 76, put away the sneakers after the end of the last school year. “It was time,” the former physical education teacher says about retiring, admitting, however, “that... Read more →

PHILADELPHIA PA (September 27, 2022)(CNBNewsnet)--The Philadelphia Police Department is seeking the public’s help in identifying these suspects in this video: On September 24, 2022, at approximately 8:15 pm, several individuals entered the Wawa, 7001 Roosevelt Blvd, and began looting the business. Several items were knocked over and thrown about the store. The mob fled the store. Some individuals jumped on several parked vehicles before fleeing the area. If you see these suspects, do not approach them; contact 911 immediately. To submit a tip via telephone, dial 215.686.TIPS (8477) or text a tip to 215.686.TIPS (8477). Use this electronic form to submit a tip anonymously. All tips will be confidential. If you have any information about this crime or these suspects, please contact: Northeast Detective Division: 215-686-3153/3154 Det Cawley DC 22-15-070047 RELATED CATEGORIES PHILLY/PA NEWS CRIME Read more →

Peyton and Me Meandering in Gloucester City (Chapter 23)

William E. Cleary Sr. | CNBNewsnet THE WILD SIDE OF GLOUCESTER CITY--Mother Nature is active in Gloucester City. People must slow down and sometimes watch what is happening right in front of them. Peyton and Me have had runs-in with wild turkeys, a fox, a beaver, geese, pheasants, a deer, a skunk, and most recently, a Red-tailed hawk. All that wildlife is living right in our little neighborhood of Riverview Heights. After taking a photo of the men working on Barnard Avenue, we walked along the railroad tracks towards Powell Street. Suddenly, the hawk in the photo came swarming down in front of us. We approached slowly, and as we got closer, we saw the bird fighting with something, using its claws. It appeared to be a squirrel. We kept moving closer, taking photos every few feet. When we got too near, the hawk flew away (right and above). We... Read more →

CNBNews CONSUMER ALERT: Did you get an email saying your personal info is for sale on the dark web?

By Seena Gressin Attorney, Division of Consumer & Business Education September 26, 2022 People are telling us they’ve gotten emails warning that their sensitive personal information is being sold in the shadowy marketplaces of the dark web. Some emails list the stolen information, like all or part of the person’s Social Security number, date of birth, and driver’s license number. If you’ve gotten one of these emails, take steps to help protect yourself against financial loss from identity theft. Don’t click a link or use a phone number in the message. It could be a “phishing” email, designed to trick you into disclosing sensitive information to scammers. If you think the message is legit — for example, if you have a credit monitoring service or a credit card with a company that monitors the dark web — contact the company using a website or phone number that you know is... Read more →

CNBNews Politics: NJ midterm elections...What to know about early voting, how to register

COLLEEN O'DEA, SENIOR WRITER AND PROJECTS EDITOR | SEPTEMBER 23, 2022 | NJ DECIDES 2022, POLITICS Voting starts Saturday. Mail-in ballots are on the way. Potential voters have less than a month to register Election Day is still six weeks away, but early voting started in New Jersey, as county clerks are set to start sending mail-in ballots to some 900,000 voters, who can return them immediately. Saturday is the day when counties must begin mailing paper ballots, which have become more popular as a form of voting in recent years. Roughly 900,000 people, or about 15% of all those registered, get a mail-in ballot automatically for every election. Others can ask to receive a ballot for this election or for all future elections by filling out a form and returning it to their county clerk. Topping the ballot in this year’s elections are the state’s 12 seats in the... Read more → 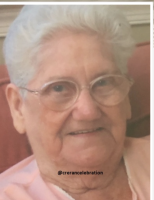 Margaret M. “Marge” Hargesheimer (nee Smith), age 94 of Gloucester City, passed away peacefully on September 23, 2022. Born on July 7, 1928, in Gloucester City, Daughter of Charles P. Smith, Sr. & his wife Catherine (nee Cassidy). Marge is a loving wife, mother, and “Mommom” who devoted her life to her family. She was predeceased by her late husband Harry L. Hargesheimer, Sr. in 1978 as well as her 7 brothers, 3 sisters, and longtime companion Thomas Schoell. Marge is survived by her sons Harry L., Jr. (Pat), and Michael F. (Victoria). She was the loving “Mommom Marge” to her granddaughters; Lisa Laxton (Steve) , Brenda Barford (Brendan), Sandra Hargesheimer (Rhiannon), and her grandsons; John Cathers (Wendy), Michael Cathers (April), Daniel Hargesheimer (Kerri) and James Cathers (Stephanie). She is the proud great-grandmother of 14. Marge is also survived and will be sadly missed by her sister-in-law Lorraine Smith, niece... Read more →

PITMAN, NJ -- The New Jersey Athletic Conference honored five Rowan student-athletes in its weekly awards program for the week ending September 25th. The volleyball team had two members cited as Natalie Ogden was named the NJAC Player of the Week, and teammate Victoria Hutchinson the NJAC Rookie of the Week. Olivia Giorano (Women's Soccer), Sidney Pavlishin (Field Hockey), and Johnny Troiano (Men's Soccer) all earned respective rookie of the week awards as well. Ogden averaged double-digit kills in a 3-1, 2-0 NJAC week, totaling a 61-29-184 (.174) hitting line while adding 51 digs and 10 aces. On Tuesday in the NJAC opener, Ogden put up 19 kills, 12, digs and two aces in a tough five-set win over Stockton. She then had the same numbers in Thursday's victory at Montclair State. At Saturday's action at Scranton, she racked up 14 kills, five aces and seven digs in the five-set... Read more → 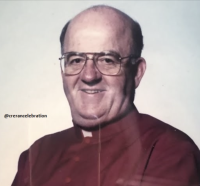 (Washington, DC) – Judicial Watch announced today that it received 115 pages of records from the Department of Health and Human Services (HHS) revealing previously redacted locations of COVID-19 vaccine testing facilities in Shanghai, China. The Food and Drug Administration (FDA) claimed the testing facilities' name and locations were protected by the confidential commercial information exemption of the Freedom of Information Act (FOIA). The records were obtained through a September 2021 FOIA lawsuit filed after the FDA, the Centers for Disease Control and Prevention and the National Institute for Allergy and Infectious Disease failed to respond to a June 7, 2021, FOIA request for all biodistribution studies and data for the COVID-19 vaccines (Judicial Watch v. U.S. Department of Health and Human Services (No. 1:21-cv-02418)). The newly unredacted documents reveal the following Pfizer/BioNTech COVID-19 vaccine studies’ locations: A document with the filename “ s_r_IND 19736 0 105 2.6.5 pharmkintabulated-summary” identifies... Read more → 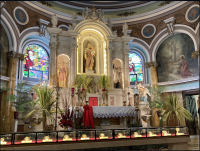 Camden City, NJ—Saint Joseph’s History Society of South Camden invites the public to join us for a tour of St. Joseph’s Polish Church on October 9, 2022, from 2:00 pm – 4:00 pm at 1010 Liberty Street, Camden, NJ 08104. The event will feature a presentation of the history of the Polish community of South Camden. The church was designed by ecclesiastical architect George I. Lovatt, Sr. in the early part of the 20th century. Its baroque style is unique among Roman Catholic churches in the Diocese of Camden. The marble altar and stunning stained-glass windows help to create a truly majestic structure. Also included in the tour are visits to the szopka (Polish mechanical nativity) and the history room, located in the parish hall, which was the original 1895 church building. For reservations and information, please email stjhistory@yahoo.com. This event is one of more than seventy activities taking place... Read more →