Berlin Auction Jewelry Store Robbed; Can You ID the Suspect?

If you can identify this suspect or other pictured male, please contact us as soon as possible. Phone - 856-783-4900...Anonymously https://www.berlinpolice.net/anonymous-tips BERLIN, NJ (September 27, 2022)--Saturday, September 24 at approximately 3:45 PM, the Berlin Police Department received a call from a jewelry store in the Berlin Farmer’s Market relating to a theft that just occurred. The above-pictured male stole approximately $5,000 worth of jewelry. The suspect asked to look at an item and then stole it by running off with it. The suspect is a black male, over six feet tall with a medium-sized build. He was last seen wearing white sports sneakers, black jeans, a black Los Angeles Dodgers World Series T-Shirt with “LA” on the back with a red and blue Philadelphia Phillies hat. The male then runs to a vehicle, described as a white, early 2000s Lincoln MKZ with no front license plate, and exits towards Clementon... Read more →

(Trenton) – One lane on Route 42 northbound will be closed overnight this week Monday, September 26 through Thursday, September 29 from 8 p.m. until 6 a.m. between Black Horse Pike/Route 168/Atlantic City Expressway in Washington and Route 55 in Deptford, Gloucester County. The lane will be closed for survey work in preparation of an upcoming full depth paving repair project on Route 42. NJDOT will provide notice prior to any future closures. At least one lane of traffic will be maintained overnight during survey work. Motorists are advised to slow down, expect delays and use caution while driving through the work zone. This work is part of a $13.6 million federally-funded project that will preserve approximately six miles of pavement using High Performance Thin Overlay (HPTO) on Route 42 between Black Horse Pike/Route 168/Atlantic City Expressway in Washington, Gloucester County through Gloucester Township, Camden County to Route 55 in... Read more → 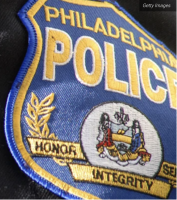 PHILADELPHIA PA (September 26, 2022)(CNBNews)--On Saturday, September 24, at approximately 8:22 p.m., 15th District officers responded to the Wawa located at 70xx Roosevelt Blvd for a report of juveniles inside the location stealing and breaking items. Officers arrived at the location and observed approximately 100 juveniles inside the area causing damage to the store. The responding officers were able to disperse the crowd. There are no reported injuries. Northeast Detective Division is investigating. Anyone with information on the incident is asked to contact Northeast Detective Division at 215-686-3153. source Press release Read more → 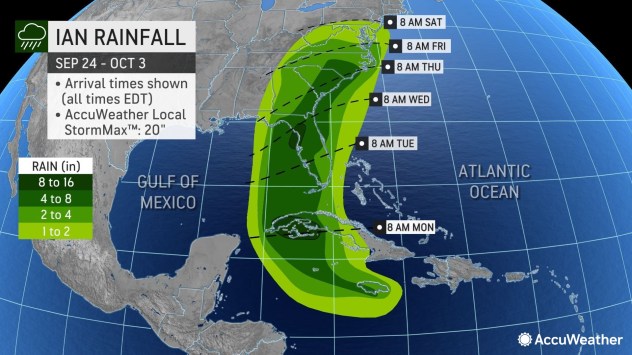 Widespread rainfall amounts of 2-4 inches are expected through much of Georgia, South Carolina, North Carolina, and southern Virginia, including in the Appalachian Mountains. Cities such as Roanoke, Virginia, to Raleigh and Charlotte, North Carolina, and Augusta, Georgia, could all receive several inches of rain. AccuWeather Hurricane Center – September 26, 2022 – AccuWeather meteorologists warn that the tropical system they have been tracking for nearly a week will not only threaten to cause damage in Florida, but it could also bring widespread impacts to the East Coast. On Monday and Tuesday, Ian is expected to intensify rapidly over the northwestern Caribbean Sea and the eastern Gulf of Mexico, strengthening to a major hurricane. Portions of Florida could be dealing with days of heavy rain, damaging winds and coastal inundation from Ian. Florida looks like it could bear the some of the most extreme impacts, especially where Ian makes landfall... Read more → 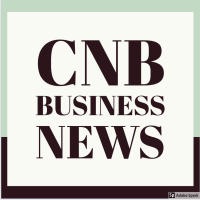 GLOUCESTER CITY, NJ (September 26, 2022)(CNBNewsnet)--Jonathan Cuccinello of Philadelphia is seeking permission from the Gloucester City Planning Board to build an O-Ring factory on a plot of ground located on Brick Street, across from Vitale's restaurant. According to an advertised notice, Cuccinello will appear before the Planning Board on October 19, 2022, at 7:30 p.m. in council chambers at the Police Administration Building, 313 Monmouth Street. Cuccinello wants to build a 5,000-square-foot facility for the distribution of O-Rings. The property is located at 19109 Brick Street and is known as Block 126 and Lot 3 on the Gloucester City Tax Map. The Application and corresponding documents are on file in the City Office of Gloucester City at 512 Monmouth Street, available for public inspection between 8:00 a.m. and 5:30 p.m., Monday to Wednesday, and 10:00 a.m. to 7:00 p.m. on Thursday. Singley, Gindele & Rinaldi 200 Haddonfield Berlin Road, Suite... Read more →

NJBIA President and CEO Michele Siekerka issued the following statement today regarding the passing of former New Jersey Governor Jim Florio. "Governor Florio was wholly dedicated to public service and the great state of New Jersey and someone who always worked to bring people together and solve problems. "He was a champion for the environment and a strong supporter of the Superfund program. I have fond memories of working with him at the New Jersey Department of Environmental Protection. He was also a passionate advocate for education in the state and New Jersey businesses. “It was always a joy to see the governor through the halls of the Statehouse and to catch up with him. He was the consummate gentleman and statesman. We mourn the loss of Governor Florio, and we send our heartfelt condolences to his family." Photo source Wikipedia Read more →

GLOUCESTER CITY, NJ (September 26, 2022)(CNBNewsnet)--Former Gloucester City Fireman George Huston (photo)made the headlines recently. Huston, raised in Gloucester City, retired from the local fire department in 2017 with a *$70,337 pension. According to the New Jersey Globe, Huston is working as the Gloucester County Deputy Fire Marshal with a $63,960 annual salary. "Now the 59-year-old Huston is making 32% more money from public jobs than he was five years ago," stated the article. Huston’s new boss is Shawn Layton (photo below), the embattled county fire marshal who supposedly left a trained arson dog named Ember in a county-owned vehicle on an 87-degree day in August. As a result of his carelessness, the three-year-old Golden Retriever died from the heat. The outcry from the public and some politicians over the dog's death has resulted in Layton being investigated by the Gloucester County Prosecutors Office. Read the GLOBE article; Deputy Fire... Read more →

Gloucester City Employee Salaries as of 2020 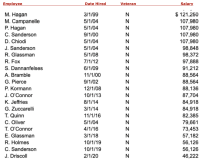 GLOUCESTER CITY, NJ (September 26, 2022)(CNBNewsnet)--The 2022-23 Gloucester City Municipal Budget totals $22,458,751. Of that amount, $14,453,739, or 65 percent is for employees' salaries and pensions. Below are the salaries for the 117 employees of the City of Gloucester City. Page 2 PAGE 3 RELATED: Gloucester City Comes in at 23:New Jersey Has The Highest Per Capita In Property Taxes in the United States Gloucester City One Of Five Towns In Camden County With The Highest Tax Percentage Increase In 2021 Read more →

Posted Friday, September 23, 2022 | By Tammy Bruce Many of us openly condemn President Joe Biden‘s rhetoric accusing conservatives of being “extremists” and a danger to the country as likely prompting and even encouraging unhinged people to act with violence on those “warnings.“ And now here we are. A 41-year-old North Dakota man has reportedly admitted to running over Cayler Ellingson, an 18-year-old a teenager, explaining that the victim was part of a “Republican extremist group.” According to a probable-cause affidavit provided to Fox News Digital, “Brandt stated that the pedestrian called some people and Brandt was afraid they were coming to get him. Brandt admitted to State Radio [a 911 dispatcher] that he hit the pedestrian and that the pedestrian was part of a Republican extremist group.” Cayler did call someone—his mother—to tell her he was being chased. She never heard from him after that. Making matters worse,... Read more → 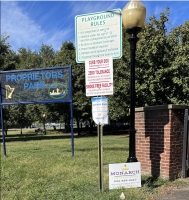 Gloucester City Proprietors Park playground received a $25,000 grant for renovations. Monarch Painting is presenting putting a fresh coat of black paint on the lanterns at the park. (CNBNews photo) GLOUCESTER CITY, NJ (September 26, 2022)(CNBNewsnet)--The Camden County Commissioner Board has approved the recommendations of the Open Space, Recreation, Farmland, and Historical Preservation Trust Fund Advisory Committee to award $700,000 to 28 recreation facility enhancement projects and $405,000 to nine historic preservation projects throughout the CNBNews graphic file county. “These funds will be utilized for several purposes from improving recreational facilities as well as preserving multiple historic sites, ultimately making Camden County a better place to work, live and visit,” said Commissioner Jeff Nash, liaison to the county Division of Environmental Affairs. “Ranging from ball fields to park trails, these grants will ensure that our residents have top-quality outdoor spaces to enjoy. Additionally, these funds will preserve some of our... Read more →

CHUCKLES: The Traffic Accident and Adam and Eve 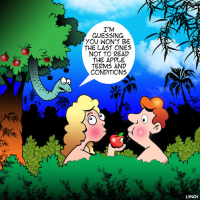 A woman ran a red traffic light and crashed into a man’s car. Both of their cars are demolished, but amazingly neither of them was hurt. After they crawled out of their cars, the woman said, “Wow, just look at our cars!” There’s nothing left, but fortunately, we are unhurt. This must be a sign from God that we should meet and be friends and live together in peace for the rest of our days.” The man replied, “I agree with you completely. This must be a sign from God!” The woman continued, “And look at this, here’s another miracle. My car is completely demolished, but my bottle of 75-year-old scotch didn’t break. Surely God meant for us to drink this vintage delicacy and celebrate our good fortune.” Then she handed the bottle to the man. The man nods his head in agreement, opened it, drank half the bottle, and... Read more →

The government has no money of its own. It’s all your money.” — Margaret Thatcher GLOUCESTER CITY, NJ (September 26, 2022)CNBNewsnet--Gloucester City Mayor and Council at their September 22, 2022, meeting introduced a $1,128,200 bond ordinance on first reading. The second reading is scheduled for October 27, 2022. Of that amount $3,200 will be used for a water heater at the library; $96,000 for a self-contained vacuum debris container; $160,000 for repairs to the municipal complex; $144,000 for sports utility vehicles for the city; $24,000 for self-contained breathing apparatus air compressor for the fire department; $24,000 for turnout gear; $32,000 for computers for the municipal complex building; $720,000 for resurfacing various city streets. The Council submitted a proposal to the NJ Urban Enterprise Zone Authority to use funds in the amount of $636,983 for administrative expenses for the fiscal year ending June 30, 2023. A resolution was approved authorizing the... Read more → 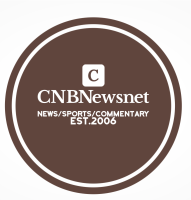 Winslow Township will be hosting a Job Fair Saturday, October 22nd, from 10 a.m. until 12 p.m. The Job Fair will be held in the Winslow Township Municipal Courtroom, located; at 125 South Route 73 Braddock, NJ 08037. You will have the chance to meet job seekers of all ages for available employment opportunities within your company. There is no cost to participate but you must register prior by October 14th. We will provide a quiet space for you to hold interviews if desired. The set-up time for this event will be from 9:00 a.m. until 9:45 a.m. If you are interested in attending, please reply to this email. Space is limited, so please confirm your attendance no later than October 14, 2022. We are hoping to see you there. If you have any questions, please don’t hesitate to contact me. Sponsored by Winslow Township Mayor and Governing Body We... Read more →