GLASSBORO, NJ -- Salve Regina's Jake Stack scored on a QB run with 21 seconds left to sour Rowan's home opener on Saturday as the Profs fell to the Seahawks, 28-24. Rowan looked like it had the game in hand a play earlier as the defense made a big stop on a fourth and goal from the seven but a personal foul penalty gave Salve Regina a first down at the three. Stack was able to get in the end zone for the eventual game-winning score. For the Profs, James Fara rushed for 103 yards on the ground while quarterback Mike Husni threw for 195 yards on 18-of-26 attempts with two TDs. Both of those scores went to John Maldonado who finished with 104 yards on six grabs. Tight end CJ Barrett tied a career high with 10 catches, to end with 63 yards. Defensively, Kevin Vandever recorded 12 tackles,... Read more → 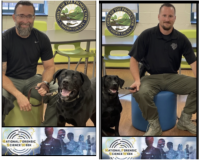 WITH THE RETURN OF THEIR FAMOUS OUTDOOR BLOCK PARTY AND FALL FESTIVAL Philadelphia, PA - Philly AIDS Thrift brings back their beloved block party and fall festival with a full day of free, family and fido-friendly fun! Philly AIDS Thrift 17th Anniversary Block Party will take place at the 700 blocks of S. 5th Street and E. Passyunk Avenue (between Bainbridge St. and Monroe St.) on Saturday, October 1, 2022, from 12:00 pm to 6:00 pm. In addition to commemorating seventeen successful years, the block party kicks off the Halloween season, which is the busiest time for the non-profit organization that has become known as one of the largest retail stores for costumes, accessories, and decorations during the spooky season each and every year. The celebration will include live music and bands, food trucks, celebrity dunk tank, carnival games, craft/vintage vendors, pie eating contest, face painting, caricature, and dancing in... Read more → 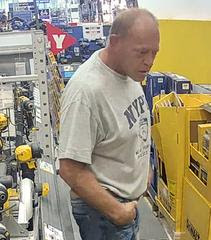 SICKLERVILLE, NJ --(September 24, 2022)CNBNewsnet--On September 9th and 12th, 2022, the pictured suspect entered the Lowes Home Improvement Store on Cross Keys Road in the Sicklerville Section of Gloucester Township, selected several power tools, and flee the store without attempting to purchase the items. During one of the incidents, a witness observed the suspect in the pictured gray Nissan Rogue, possibly occupied with two other unknown suspects. The total loss is approximately $1,334.00. If you can identify the suspect in the video and photos call the Gloucester Township Police Department at 856-228-4500, or call our GTPD Anonymous Crime Tip Line: 856-842-5560. To send an Anonymous Tip via Text Message to Gloucester Township Police, text the keyword TIP GLOTWPPD and your tip message to 888777. You may also click here to access our Anonymous Web Tip Page: https://local.nixle.com/tip/alert/5170177 Our Anonymous Tip systems are NOT monitored 24/7. All incidents in Gloucester Township... Read more →

Delaware Natural Resources Police Environmental Crimes Unit (ECU) arrested a Georgetown man Tuesday, Sept. 20, on a charge of illegal dumping on a public roadway. After an investigation by ECU officers, Serapio Zapata, 58, was issued an e-ticket with a fine of $637 for causing or contributing to the discharge of solid waste materials. DNREC reminds Delawareans and visitors to Keep DE Litter Free, not to litter, to help clean up our outdoor spaces, and protect the state’s unique natural heritage. About DNREC The Delaware Department of Natural Resources and Environmental Control protects and manages the state’s natural resources, protects public health, provides outdoor recreational opportunities and educates Delawareans about the environment. For more information, visit the website and connect with @DelawareDNREC on Facebook, Twitter or LinkedIn. Read more →

Nancy L. Bernard age 63, of Vineland, formerly of Gloucester City, NJ, passed away on September 16, 2022. Born in Camden she was the daughter of the late Bill and Betty (Cheesman) Bernard. Nancy lived in and was cared for by the staff at the Vineland Developmental Center in Vineland since 1964. She will be greatly missed by the staff and residents. Nancy is survived by her brothers, William “Ed” (Christine) Bernard, Bruce (late Mary) Bernard; nieces, Kristen Sentore (Mike); nephews, Bill Bernard (Diana), Sean Bernard (Erin), Michael Bernard (Jackie), Nick Bernard Joe Bernard (Krista); great-nieces, Sophie, Chloe, Gabriella; nephews, Colin, Hunter and Patrick. A Mass of Christian Burial will be celebrated on Monday, October 3rd at 10:30 am at St. Mary’s R.C. Church, 426 Monmouth Street, Gloucester City, NJ, where family and friends may visit from 9:15 am to 10:15 am. Urn Burial will follow Mass in New Saint... Read more →

Down the Shore: Motorcycle Accident in North Cape May

North Cape May – On the afternoon of September 18, 2022, the Lower Township Police Department responded to Town Bank Road and Gorham Avenue for the report of a motor vehicle accident involving a motorcycle. The preliminary investigation revealed the motorcyclist was the only vehicle involved in the accident. The operator, a male in his twenties, was transported via medi-vac helicopter to AtlantiCare Regional Medical Center. A portion of Town Bank Road was closed for approximately 2 hours while Lower Township Police investigated the accident. Assisting agencies included Town Bank Fire Dept., Inspira Health EMS, AtlantiCare Paramedics, and Erma Fire Dept. Read more →

Property Acquisition Process to Begin for Norristown High-Speed Line Extension, New Trolley Facility PHILADELPHIA (September 22, 2022) – The SEPTA Board today approved measures that will allow for significant advances to two major initiatives of SEPTA Forward, the Authority’s Strategic Plan – King of Prussia Rail (KOP Rail) and Trolley Modernization. KOP Rail will extend the existing Norristown High-Speed Line (NHSL) four miles into King of Prussia, providing a “one-seat” ride from any station along the NHSL, including 69th Street Transportation Center in Upper Darby and Norristown Transportation Center. As part of the Project Development Phase, the Board voted to initiate the real estate process related to necessary permanent and temporary acquisitions of approximately 70 parcels in and around the proposed rail alignment. These acquisitions will facilitate the construction, staging, and establishment of the KOP Rail extension. The Board’s decision authorizes SEPTA to begin appraising the properties, determining fair market... Read more →