Black Entrepreneur & Real Estate Investor Launches AI-Rooted, Hi-Tech Path to Financial Independence Offers a Year of Free Mentorship to 10 Single Moms Ready to Build Generational Wealth Applicants Simply Post an Instagram Video with their Kids to Enter Nicole Purvy, entrepreneur and founder of Philly Real Estate Week, Inc. (PREW) and the Better Than Success (BTS) Real Estate League, is launching an innovative AI-rooted, a hi-tech program for aspiring real estate investors. She’s gifting this new program and mentorship opportunities to 10 single moms in the Philadelphia area to help them build their own businesses and a path to... Read more →

SEATTLE, September 22, 2022 — Response crews successfully placed the fishing vessel, Aleutian Isle, onto a salvage barge near Mitchell Bay on San Juan Island on Sept. 21. The vessel no longer poses a significant threat to the environment and will soon transit to a mainland facility for further investigation into the cause of the sinking. “We are so pleased to see the vessel safely out of the water,” said U.S. Coast Guard Cmdr. Kira Moody, federal on-scene coordinator representative. “The unique environment of the San Juan Islands and location of the vessel made this a complicated and technical response. Through... Read more →

Award-Winning Restaurant takes top place four of the last five years ATLANTIC CITY, NJ (September 19, 2022) – Resorts Casino Hotel is thrilled to announce that Capriccio has been voted for the third consecutive year as Best U.S. Casino Restaurant by USA TODAY’s 10Best.com. Capriccio earned the #1 spot among all casino restaurants in the county and takes first place for 2022! “We are honored to announce Capriccio has taken home #1 U.S. Casino Restaurant again. The team’s dedication and hard work reflect us receiving this award four of the last five years,” said Mark Giannantonio, President & CEO of... Read more →

Posted by CNBNewsnet on Thursday, September 22, 2022 at 01:00 PM in Atlantic/Cape May COUNTIES, Consumer News, Current Affairs, DOWN THE SHORE, South Jersey | Permalink | Comments (0)

Gloucester City Residents Have A Right To Know 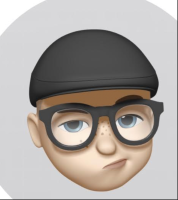 CNBNews graphic file UPDATE: GLOUCESTER CITY, NJ (September 22, 2022)--We submitted another OPRA pertaining to the alleged theft of property by a Public Works employee in June. Besides that crime, we recently heard that the same individual allegedly purchased tires for a family member's pickup truck using a City credit card. In response to our request, Acting Gloucester City Administrator/Police Chief Brian Morrell said, once again, "The matter is under investigation." +++++ William E. Cleary Sr. | CNBNewsnet Trying to find out what is happening in Gloucester City at times is like pulling teeth. Take for example this story about... Read more →

THE STORY BEHIND THE STORY : An Embarrassed Continent

Dorothy Philbin | CNBNewsnet Anyone who peruses Facebook, and probably other social media sites, has seen time and again that kids today are so disrespectful. If you have gray hair, you will probably agree - that is, until this week. All three major North American countries managed to embarrass their countries, their citizens, and sadly, themselves. Let's start in the south. The Mexican president did not attend but sent his Secretary of Foreign Affairs. That's okay, the president has a lot on his hands these days, directing 200,000 illegal immigrants into the United States in August alone. However, the Secretary... Read more →

Saifuddin Hasan, 21, of Philadelphia, indicted for 3 Robberies in the Same Night Along Route 1 Corridor

PHILADELPHIA –United States Attorney Jacqueline C. Romero announced that Saifuddin Hasan, 21, of Philadelphia, PA, was charged by Indictment with three counts of Hobbs Act Robbery in connection with three armed robberies which all occurred on the same night in December 2021, in Montgomery County and Philadelphia. The Indictment alleges that on the night of December 5, 2021, the defendant entered a 7-Eleven convenience store on City Avenue in Wynnewood, Pennsylvania, and brandished a firearm as he committed his first robbery. Then, according to the Indictment, Hasan drove east bound to a Lukoil gas station on City Avenue and committed... Read more →

The State Where Halfway Houses Are a Revolving Door to Prison

“Another Place to Warehouse People” by Moe Clark, photography by Eli Imadali ProPublica A halfway house run by Intervention Community Corrections Services, under the umbrella organization Intervention Inc., in Lakewood, Colorado. Residents at ICCS facilities are prohibited from possessing candles, gift cards, debit cards or cash, according to a client manual. ProPublica is a Pulitzer Prize-winning investigative newsroom. Sign up for The Big Story newsletter to receive stories like this one in your inbox. As Andrew Montano’s parole date neared, he had two options: spend another year in prison or finish his sentence at a state-funded halfway house. Fellow inmates... Read more →

CNBNews graphic file TRENTON, NJ (August 20, 2022)(CNBNewsnet)--You will receive an email from the Division of Taxation by September 30, 2022, with a link so you can file your ANCHOR Benefit application online. The ANCHOR program replaces the Homestead Benefit program. If you owned and occupied a principal residence or rented a rental unit in New Jersey on October 1, 2019, you may be eligible for a benefit payment. The deadline for filing your application is December 30, 2022. If you do not receive the email by the second week of October 2022, contact our Customer Service Center at 1... Read more →