AccuWeather Alert: Fall Is Near, Cool Air Ahead 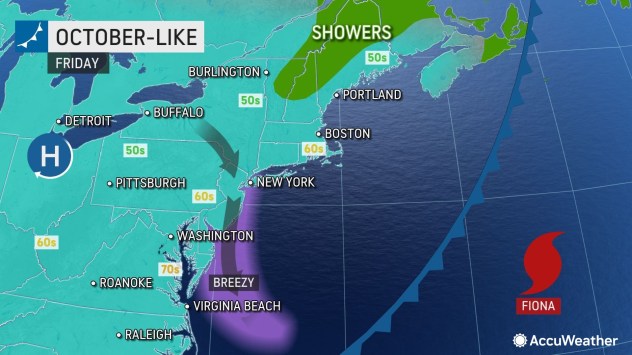 Coolest air since May coming to the Northeast as fall begins "The first snowflakes of the season may be seen across northern New England and northeastern New York state, especially in the mountains where some of the ridges and peaks could see a light accumulation from late Thursday to Friday," AccuWeather Senior Meteorologist Adam Douty said. AccuWeather Global Weather Center – September 20, 2022 - AccuWeather meteorologists say that the strongest wave of cool air... Read more →

LETTERS TO THE EDITOR: 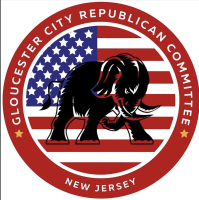 Hello Gloucester City! I want to let you all get more familiar with me. Talking about one’s self is not always easy, but I feel it is important you are fully informed about your choices this election. I will try to keep this brief. While I consider being a Dad and little league coach my biggest responsibilities, I have professional successes that will be immensely useful to Gloucester City. My office walls are covered in... Read more →

Monmouth Condo Association Margate City, New Jersey Elected President to govern our association in 2018, Jason Fanning took on what could be described in one word “shambles”, and along with the Vice-President not only brought the association into compliance with regulations, he also oversaw improvements to the building that was beginning to become a bit of an eyesore. He simultaneously lowered annual costs by examining the budget and surgically removing portions that were wasteful or... Read more →

CNB CHUCKLES: Looking for a Good Laugh? Check This Out (film)

The Dentist from The Carol Burnett Show starring Tim Conway and Harvey Kormann is one of the funniest sketches ever seen on television Harvey Korman has a toothache and needs a good dentist to end his pain and suffering but gets Tim Conway instead. Tim got Harvey laughing so much that Harvey actually wet his pants while filming this skit. If you liked this you might also like to watch Tim Conway Elephant Story, another... Read more →

10 Popular And Most Played Sports Around The Globe Today

Sports significantly impact our culture, from when we are young and take sports very seriously to when we are older and view it as a hobby, a fitness routine, and even a possible career. Sports are now followed with great enthusiasm in every corner of the globe. Due to its popularity, sports are even brought out on online casinos like CasinoTopLists as one of the games people can bet on. The fans of a particular... Read more →

Wine in the Wilderness by Alice Childress, performed at Poth Brewery

PART OF THE PHILADELPHIA FRINGE FEST Philadelphia, PA - Philadelphia Artists’ Collective (PAC) launches their 12th season with a production of Wine in the Wilderness by Alice Childress, performed at Poth Brewery (3145 W. Jefferson St, Philadelphia). Presented in collaboration with TheBlackBestFriend as part of the Philadelphia Fringe Festival, the show will run for a limited engagement from September 22 through October 9, 2022. Wine in the Wilderness examines race, gender, and class against the... Read more →

Swedesboro- Formerly of Jersey City. Passed away on September 13, 2022, age 63. Sunday will be dearly missed by the Bancroft staff and her resident friends. She is the sister of Arthur and Richard Kitchen and the aunt of Tohfa Kitchen. Sunday’s Graveside service will be celebrated on Wednesday, September 21st at 11 am in Land of Canaan Cemetery, 9th and Fairview Rd., Glassboro, NJ Condolences and Memories may be shared at www.mccannhealey.com under the... Read more →