BARRINGTON, NJ (September 18, 2022)(CNBNewsnet)--Bob DelVecchio & Mark Lazzaro, Republican candidates for Barrington Borough Council, are outraged after the mayor and certain council members moved to disband the local fire company. “As a 40-year member of the Barrington Fire Company and past President, I've answered many fire calls,” DelVecchio said. “I have been proud to serve our community alongside the great men and women who continue to answer those calls.” "Today, former Public Safety Director Bob DelVecchio and I are answering this call to save the Barrington Fire Company," Lazzaro added. The mayor and two council members held a closed-door meeting without notice to the Barrington public CNBNews graphic file . At the meeting, the officials announced their plan to allow the Haddon Heights Fire Company to essentially take over the Barrington Fire Company beginning In January of 2023. "The taxpayers and residents of Barrington, and the members of the... Read more →

NJOEM AND NJDEP MARK HURRICANE PREPAREDNESS MONTH BY URGING THE PUBLIC TO PLAN FOR INCREASING STORM THREATS CAUSED BY CLIMATE CHANGE TRENTON – As the state marks Hurricane Preparedness month and the peak of hurricane season, New Jersey State Police Superintendent and State Director of Emergency Management Patrick J. Callahan and New Jersey Commissioner of Environmental Protection Shawn M. LaTourette today reminded the public about the vital importance of being prepared as the risks from these powerful storms increase as a result of climate change. “As we approach the 10-year anniversary of Superstorm Sandy and peak hurricane season begins, it is important to remember that preparedness is everyone’s responsibility, including those with special needs,” said Colonel Callahan. “Please make time with your family and significant others to assess your current preparedness plans, whether you need to shelter-in-place or evacuate. You can start by building an emergency kit, packing a family... Read more →

Winter is Coming!Steps to Breathe Easier in Your Home

NAPSI)—When it looks like winter is coming, there are certain steps you can take to breathe easier at home. In addition to clearing clogged gutters, closing storm windows and prepping the weather stripping on your windows and doors, it’s important to get the furnace, filter and air ducts checked and cleaned if necessary. Hints on How A complete home winterizing should include replacing the filter on your furnace and cleaning the ductwork to remove built-up dirt, dust, and debris. That will improve indoor air quality and keep your heating and ventilation (HVAC) system running smoothly. A Word on Why There are two main reasons cleaning your HVAC is a good idea: 1.Save energy: According to the United States Department of Energy, 56 percent of the energy used to power your home goes to HVAC systems. When they begin to wear, they run less efficiently. 2.Improve air quality: An HVAC system... Read more →

THE STORY BEHING THE STORY: Are Oil Prices Going Down?

Dorothy Philbin | CNBNews Columnist Every day when I'm driving passed Wawa or Royal Farms I wonder if I should buy gas now or will it be cheaper tomorrow? Now, $3.50/gal looks good compared the $5.00/gal we paid only a couple of months ago. I think everyone knows that the price will be back to $5.00/gal on November 9, 2022 - the day after the election. CNBNews graphic files First, President Biden blamed the oil shortage on Russia. Has Russia given us any more oil? Of course not. Then the President blamed the greedy oil companies. Have the oil companies suddenly become generous? Of course not. So why are the prices suddenly going down, if only temporarily? Where did the oil come from? The United States keeps an emergency stock of many necessities, oil being one of them. Why? Occasions such as 9/11, Hurricane Katrina and Superstorm Sandy. These stocks... Read more → 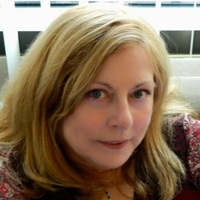 Anna Marie Troutman, nee Fischer, left us September 14, 2022, age 67, after a long illness. She is survived by her husband of 47 years, Lee, her daughter, Aubrey (Eric) Olson, son, Will (Casey) and daughter, Shannon (Ernest); and grandchildren, Graeme, Rhys, Liam and Maddie and her constant companion for the past 13 years, her dog, Maggie. She is also survived by her sisters, Susan (Robert) Clifford, Linda Fischer, sister-in-law, Donna Fischer, beloved Aunt Nancy and many relatives who will miss her dearly. Anna Marie grew up in Philadelphia, PA and Barrington, NJ. She attended Haddon Heights High School, where she thrived in student activities and track. Following graduation, she earned her RT license at Hahnemann University and then went on to earn her Bachelor's degree in Education at the University of Pennsylvania and Master's in Educational Administration at the University of Scranton. After raising her family, Anna Marie began... Read more →

AT LANDMARK HINCHLIFFE STADIUM IN PATERSON, NJ CNBNews graphic file Paterson, NJ – September 14, 2022 – The New Jersey Jackals, a member team of the Frontier League, a Professional Baseball League of 16 teams and Partner League of Major League Baseball (MLB), today announced the team is relocating from Yogi Berra Stadium in Montclair, NJ to its new, larger home at landmark Hinchliffe Stadium in Paterson, NJ. The Jackals will kick off a 96-game season in May of 2023 at Hinchliffe, a 7,000-seat stadium that sits on a dramatic escarpment above Paterson's National Historic Great Falls and is surrounded by the city's national historic district – the first planned industrial settlement in the nation in 1792. Hinchliffe is also one of two remaining ballparks where the segregated Negro Leagues played in the mid-20th century. The facility lay dormant for the past 20+ years but is now undergoing a dramatic... Read more →

NRA-ILA source On September 9, the International Organization for Standardization (“ISO“) announced that it would create a new Merchant Category Code (“MCC”) specific to firearm and ammunition retailers. MCCs are the codes that payment processing networks (like Visa, MasterCard, and American Express) use to categorize various transactions. This is the system that allows various credit cards to offer different benefits for certain categories of purchases or to charge different fees for those same categories. In June, Amalgamated Bank petitioned the ISO to create a new firearm-specific MCC. This was the second such petition after the ISO denied an identical petition last year. The petition was supported by, among others, Sen. Elizabeth Warren (D-MA), New York Mayor Eric Adams, and the anti-gun groups Giffords and Guns Down America. The petition, at least initially, seemed to lack the support of Visa, MasterCard, and American Express. If fully implemented by the various payment... Read more →

SEATTLE -- Response crews working to salvage the fishing vessel Aleutian Isle successfully rigged all required cables to lift the vessel out of the water and place on a barge near Sunset Point on San Juan Island Friday.   The 58-foot fishing vessel spent over a month under 200 feet of water in Haro Strait, after it sank on Aug. 13 off the west side of San Juan Island, Washington. The exact date and time of the imminent lift depends on tide, current, and onscene weather conditions. In preparation, the Unified Command is executing a pollution mitigation strategy to minimize fuel leaks. Dive crews already plugged all known fuel vents and secured all valves, but it is likely that there will be sheening visible during the lift operations from fuel coming free that was trapped in the vessel.   It is difficult to predict how much fuel might come out. The anticipated amount could cause... Read more → 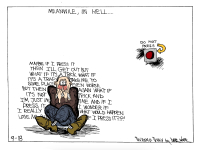 Cherry Hill – formerly of Lumberton and Moorestown, NJ. passed on September 14, 2022. Age 83. Born in Camden, NJ he was the son of the late Arthur R. and Martha (Johnson) Sullivan. Bob spent the second half of his youth in Hainesport graduating from Rancocas Valley Regional High School. Soon after he honored his country by serving in the U.S. Airforce. Although he did decide to leave the service in his own unique way. He later worked for Nash Cohen, Jaynes Motor Freight and SP Richards where he retired in 2003 with over forty years of service as a truck driver. He loved being a truck driver and never-ever would have wanted to be behind a desk. In his early youth, Bob loved driving down the shore through the NJ Pine Barrens ending up at The Dunes or other music and dance venue with friends. Boy, the stories he... Read more →