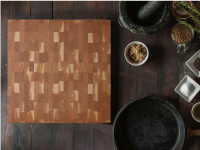 Fifth and Cherry A Veteran-owned family business, Fifth & Cherry creates heirloom-quality wooden cutting boards that are meant to last a lifetime. The boards are handcrafted using only end-grain construction and Black American cherry wood from Pennsylvania and New York making them 100% food safe and antibacterial (safer than plastic). Fifth & Cherry also offers a lifetime warranty and free refinishing (the only cutting board company in the world to do this). Price: $299 Available on ShareASale (10%) and Skimlinks More about the owner of Fifth & Cherry: Tim, a Marine Corps Veteran (deployed three times in Operation Iraqi Freedom) and accomplished entrepreneur, is the founder of Fifth & Cherry. His current endeavor emphasizes his love of our country, building a strong brand that gives back to the community and its employees. Tim continues to provide U.S. jobs for his local community, as the brand has done for over 40... Read more →

‘La Guagua 47’ Project is a partnership between SEPTA, Al Día News Media, Ritmo Lab, The Philadelphia Orchestra, and Kimmel Cultural Campus PHILADELPHIA--Today, September 15th, the first day of Hispanic Heritage Month, the short film ‘La Guagua 47’ premiered at the Kimmel Cultural Campus. ‘‘La Guagua 47’ is a one-of-a-kind community cultural production that has engaged over 100 Philadelphia artists and volunteers in its creation and many more community members as cultural event participants. The film tells a universal story of migration, belonging, and finding home in one another: a young Latinx migrant arrives in Philadelphia feeling very alone. One day she discovers the iconic SEPTA 47 bus and embarks on a journey that changes her life. “We are elated to kick off Hispanic Heritage Month with this important film premiere with our partners at Al Día,” said Matías Tarnopolsky, President and CEO of The Philadelphia Orchestra and Kimmel Center,... Read more → 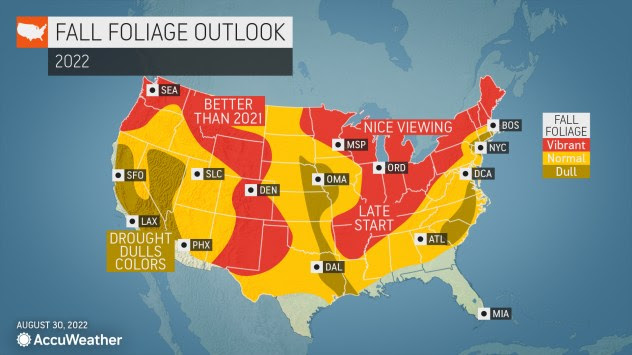 AccuWeather Special Report: AccuWeather's 2022 US fall foliage forecast Get additional insights for your story—contact pr@AccuWeather.com to arrange an interview with an expert AccuWeather meteorologist. AccuWeather Global Weather Center – September 15, 2022 – After the third-hottest summer in the United States on record, many Americans are ready for the arrival of cooler air this fall and everything else the season brings with it. Some people consider autumn to be the best time to get out of the house and enjoy all the beauty nature has to offer. The gorgeous, vibrant colors put on a display like no other before the trees shed their leaves for the long winter ahead. As the first day of astronomical fall draws closer, families may start thinking about taking trips to admire the colorful landscapes transformed by the fall foliage. However, the lack of rainfall across certain popular viewing areas might put a damper... Read more → 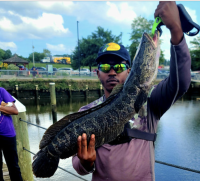 Maryland Fishing Report – September 14 Angler Nochienna Agubuzo caught a 31-inch northern snakehead in the Anacostia River at Bladensburg Waterfront Park, Prince George’s County. Photo courtesy Nochienna Agubuzo As we move through September, the thrill of beautiful weather beckons everyone to get outside. There are lots of fishing opportunities to be found this week in Maryland waters, from the western mountains to the Atlantic coast, and everywhere in between. Forecast Summary: September 14 – September 20: Warming weather is predicted all this week with daytime temperatures around the mid to upper 80s. Expect calm winds less than 10 knots with a low chance of rain all week. Chesapeake Bay surface water temperatures dropped to about 78 degrees. Maryland rivers are currently running in the mid to low 70s. If you are seeking areas with cooler waters, fish the surface early in the day, or fish deeper waters or upwind... Read more →

Camden and Gloucester County Republicans share a Campaign headquarters at 10 Shoppers Lane Blackwood next to Tony Soprano’s restaurant near the Kohl’s Store. Every Tuesday and Thursday at 6:30ish volunteers meet to sign up for areas we need help. We need volunteers to sign up for a new phone calling system: Campaign Sidekick too! This phone system calls potential voters with the caller never having to speak or get traced! THE APP IS FREE! info@ClaireGustafson.com To learn more call Roy at 856-952-2949 Read more → 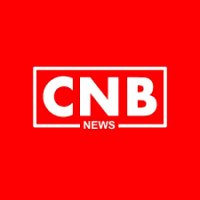 NEW YORK (September 14, 2022) – U.S. Environmental Protection Agency (EPA) recently announced that the Saint Regis Mohawk Tribe has been selected to receive one of the first pollution prevention (P2) grants to be awarded under the Bipartisan Infrastructure Law, which provides a historic $100 million to fund pollution prevention projects. These grants will allow states, Tribes and public universities to provide businesses with technical assistance to help them develop and adopt P2 practices to prevent or reduce pollution before it is even created, while also reducing business and liability costs. EPA is awarding 39 P2 grants this year totaling almost $12 million. THE GOVERNMENT HAS NO MONEY; IT IS YOUR MONEY THEY ARE GIVING AWAY! ~CNBNews “I am happy to announce that the Saint Regis Mohawk Tribe will receive funding to help develop a better way to manage and handle road salt, which has posed a problem on the... Read more →

There Are People Trying To Protect Students From Being Shot

‘Stop the shooting’: Inside the effort to protect students from neighborhood gun violence Patrick Wall, Chalkbeat Sep 13, 7:00am EDT Cars streaked past Bashir Muhammad Akinyele last month as he stood at the corner of a busy intersection across from a high school, baking under the midday sun. Then he stepped off the curb and faced the oncoming traffic. Desperation drove Akinyele to join the street protest, as it had many times before. A veteran teacher in Newark, New Jersey, Akinyele can name well over 40 former students who have been killed by guns. “One day you have a kid in your class,” he said, “and the next day he’s gone.” Akinyele realized long ago that the only way to protect his students is to stop the shootings where they occur — not in his school but in the neighborhoods around it. So he started attending rallies like the one... Read more →

CNB Medical News: TIME TO GET YOUR FLU SHOT

Don’t Let Flu Season Sneak Up On You Flu shots are available at CVS Pharmacy and MinuteClinic locations nationwide. (NAPSI)—Get the facts, not the flu. For many people, the start of fall means busier schedules and longer to-do lists, but you shouldn’t let your annual flu shot fall to the bottom of that list. What You Can Do About The Flu With flu season approaching and COVID-19 cases still prevalent, Sandra Leal, PharmD, MPH, FAPhA, offers the following tips to help you fight the flu this season: •Get your annual flu shot as soon as possible: Getting your flu vaccine is the best way to help prevent the flu. The Centers for Disease Control and Prevention (CDC) recommends getting your vaccine early in the fall, ideally before the flu season begins. Not only can you help protect yourself from getting sick but you can help protect your family, friends and... Read more →

Perkins Center for the Arts Have New Exhibitions