OFFICER DOWN: Horse Falls on Deputy Sheriff Killing Her 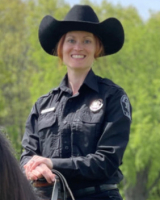 Mounted Deputy Nichole Shuff Clare County Sheriff's Department, Michigan End of Watch Friday, July 29, 2022 Clare County, MICHIGAN (CNBNewsnet)--Mounted Deputy Nichole Shuff succumbed to injuries sustained four days earlier when the horse she was riding fell as responded to a medical call at the Clare County Fair. She was getting off her horse to render aid to the citizen when the horse suddenly lost its footing and fell back. Deputy Shuff suffered a serious head injury as a result. Deputy Shuff was kept on life support so her organs could be donated. Deputy Shuff had served as a volunteer deputy with the Clare County Sheriff's Office for two years. She is survived by her husband. RELATED: Via Officer Down Memorial Page CNB Crime Blue Line CNBNews Tips and Snippets CNBNews Point of View BREAKING NEWS Read more → 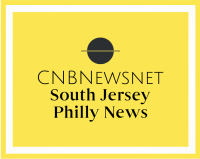 CNBNews Editors Note (GLOUCESTER CITY, NJ) (August 3, 2022)--We recently noticed several photos with captions on the Gloucester City Fire Department's Facebook page that we have republished below. This may be hard to believe, but there are actually people living in Gloucester City and Westville who don't have a Facebook account. As a result, they are unaware of the fire calls the GCFD has responded to, nor do they know about the training sessions the members participated in. The period being published is from May to July 2022. Prayer to Bless All Firefighters All-powerful Father, I ask You to look upon the Earth and bless Your servants who are members of the firefighting community. I ask that You bless and honor their willingness to sacrifice themselves for the sake of others. Give these heroes the protection and strength they need to carry out their civic function in a way that... Read more →

GLOUCESTER TOWNSHIP, NJ (AUGUST 3, 2022)(CNBNewsnet)--On Monday, August 1, 2022 at approximately 11:29 am Gloucester Township Police were dispatched to the area of Black Horse Pike (Rt. 168) at Batten Ave. in the Hilltop Section of Gloucester Township for a report of a motor vehicle crash blocking the roadway where the three (3) occupants of one of the vehicles involved had fled the scene. Upon arrival of Gloucester Township Police, one of the occupants that initially fled from the vehicle responded back to the scene with a complaint of pain to his head as a result of the collision. He was treated by Inspira BLS for minor injuries and taken into custody after it was determined the vehicle he was riding in was reported stolen from Philadelphia, PA. He was transported to Jefferson Hospital, Stratford, NJ for observation and subsequently released. The occupants of the other vehicle involved in the... Read more →

GLOUCESTER TOWNSHIP, NJ (August 3, 2022)(CNBNewsnet)--On July 26th, 2022, at approximately 12:30 pm, the Gloucester Township Police Emergency Communications Center received several 9-1-1 calls reporting a female who appeared to be preparing to jump off the Route 42 south overpass at exit 10A. Gloucester Township Police Officers and New Jersey State Police Troopers arrived and observed a female sitting on the bridge abutment, approximately 30 feet above the Black Horse Pike. The female was in obvious distress and threatened to jump if anyone approached her. Route 42 south and the Black Horse Pike were temporarily closed while officers attempted to negotiate with the female. She continued to threaten to jump from the overpass and stood up several times as if she was preparing to do so. After several minutes, Officers and Troopers were able to grab her when she became distracted and pulled her back onto the shoulder of the... Read more →

The Future Impact of the Metaverse On Online Gaming

Many don’t want to believe it, but the Metaverse is here to stay as it keeps soaring to new heights every day. It is allegedly the next big thing that will dramatically impact the digital world. Metaverse significantly compliments emerging technologies of the 21st century, such as 3D visualization, IoT, artificial intelligence, and Blockchain. One of the industries where the impact of the Metaverse will be felt is the online gaming world. Gamers will be capable of playing with other gamers in other countries, as evident in the bingo halls in New Jersey. What is the Metaverse? The Metaverse refers to an interactive, persistent, and immersive virtual world. This world can only exist online and is accessible globally to anyone with a solid internet connection. The Metaverse has evolved since the first version known as Second Life was launched in 2003. At the time, users could explore different areas, create... Read more →