On July 26, 2022. Age 38. Of Woodbury. Formerly of Westville. Beloved and cherished daughter of Francis J. Firlein and Donna M. Firlein (nee Thomas). Loving sister of Bryan Firlein and his wife, Stacy. Loving aunt of Aiden, Ruby and Rory. Also survived by many loving aunts, uncles and cousins. Toni will be remembered as a fun-loving person who had the ability to light up a room with her contagious smile and wit. Everyone connected to Toni surely heard many stories about her family, especially her nieces and nephew, who will hold on tight to all the special memories and wonderful times we shared with her. Toni was a graduate of Gateway Regional High School class of 2002. She was President of her class and Captain of her soccer team. She went on to receive her Bachelor’s Degree from Rowan University and was currently pursuing her Master’s Degree in counseling... Read more → 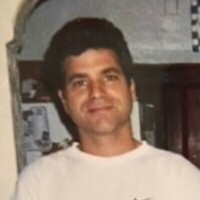 On July 18, 2022. Age 63. Of Collingswood, formerly of Barrington, NJ. Born in Camden, he was the son of the late, Vincent Nacci and Catherine Regino (Abbott). Loving father of Jillian Nacci; dear brother of Vincent Nacci (Maureen), Rosemary Martelli (Joseph); loving uncle of Vincent, Dominic, Emily, Anthony (Zoe), Anthony Rios, Dolores Carbone (Shawn), Joseph Martelli and many great nieces and a great nephew. Michael was also predeceased by his son, Michael V. Nacci, Jr.; brother, Anthony J. Nacci and his sister, Catherine Zabinsky. Michael was employed as a flagger with Atlas Flasher and Supply Company in Mickelton, NJ. He enjoyed restoring classic Cadillacs and working on cars. He also was an avid lover of German Shepherds and cats. Memorial service will be celebrated on Tuesday, August 2nd at 3:00 pm at the McCANN-HEALEY FUNERAL HOME, 851 Monmouth St., Gloucester City, where family and friends may visit from 1:30... Read more →

GLOUCESTER TOWNSHIP NJ--While GTPD officers were conducting proactive patrols of The Gloucester Premium Outlets, the Polo Ralph Lauren Factory Store reported a shoplifting in progress. A description of the accused was provided to the on-scene officers, who quickly located the accused attempting to exit the shopping complex on foot. Officers were able to detain the accused and while they were attempting to locate the stolen merchandise, they observed a large amount of various drugs and a loaded firearm in his backpack. The accused was placed under arrest and transported to police headquarters for processing. It was later determined that the recovered firearm was reported stolen out of Atlantic City for which there was an outstanding arrest warrant for the accused involving that investigation. He also was found in possession of a distributable amount Heroin, Prescription Pills and Marijuana along with packaging materials. Arrestee: Guy Richardson; Age 39; 1400 Block of... Read more → 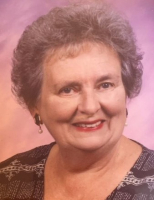 DOROTHY ESPOSITO OBITUARY Dorothy Helen Esposito (nee Roman), on July 23, 2022, formerly of Mt. Ephraim, NJ. Age 90. Beloved wife of the late William E. Esposito. Devoted mother of Raymond W. Esposito of Wilder, KY, Ruth Esposito (Johan Verspyck) of Arlington, MA, and Steven G. Esposito (Kim) of Hilton Head, SC. Loving grandmother of Alexander Verspyck and Adrian Verspyck. Dear cousin of Elaine Palese of Farmington, ME and Diane Baker of W. Collingswood Heights, NJ. Dorothy was an Events Organizer for senior citizens in Gloucester City. She was a former bank manager for Heritage Bank in Philadelphia, PA and Camden County, NJ. She was always supportive of the American Legion, loved to travel, and was a devoted member of St. Joachim Parish in Bellmawr, NJ. There will be a viewing from 10am to 11am Saturday, July 30, 2022 at Christ the King Church, 200 Windsor Avenue, Haddonfield, NJ 08033.... Read more → 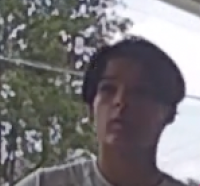 GLOUCESTER CITY, NJ (July 30, 2022)(CNBNewsnet)--A Cypress Gardens home owner captured this person's image on their RING camera Friday, July 29, 2022. The individual rang the homeowners door bell, followed by a knock on the door. After a few seconds passed and no one answered this person of interest stole several cigarette lighters sitting on a nearby porch table. The home owner posted the following message, "Anyone know this guy? He rang my doorbell and then took my lighters from the table. Not sure who he is?" If you recognized the individual contact the Gloucester City Police Department 856-456-7987. Wednesday, July 27 a RING camera owned by a Brooklawn resident captured the image of a thief (below) stealing a package from their porch. The local police arrested the suspect not long after their image was broadcasted by the RING network. KUDOS to the Brooklawn Police Department and the residents who... Read more →

The Wildwoods, NJ – July 29, 2022 – The Boardwalk Baller 3×3 Basketball Tournament returns to the Wildwoods Saturday, August 6 through Sunday, August 7. Beachside basketball isn’t just for Venice Beach anymore. Grab your friends and prove you’re the best at the half-court game. There’s no hiding from the spotlight, or the sun, in this fast-paced version of classic round ball. Hosted by Morey’s Piers Beach Sports department, the Boardwalk Baller event is now in its fourth year. The cost per team is $320. Teams are guaranteed 3 games, with a possibility for a fourth – two Saturday and one (possibly two) Sunday. Rosters can contain up to four players, but only three players compete at a time. Trophies will be provided for first place finishers in all divisions. For more information on the Boardwalk Baller, call 609-729-3700 or visit www.MoreysPiers.com/event/3-vs-3. For additional information about the Wildwoods, visit www.WildwoodsNJ.com... Read more →

NEW YORK (July 29, 2022) – Today, the U.S. Environmental Protection Agency (EPA) proposed an update to its original cleanup plan for the Cosden Chemical Coatings Corporation Superfund site in Beverly, N.J., following a successful pilot study completed in 2021. The newly proposed cleanup technology will supplement earlier groundwater treatment by injecting chemical oxidants directly into the aquifer to help break down hazardous contaminants into less toxic byproducts. "A full cleanup of the contamination at the Cosden Chemical Coatings Corporation Superfund site is critical to ensuring environmental and public health in Beverly, New Jersey," said EPA Regional Administrator Lisa F. Garcia. "Carried out by EPA, working with the U.S. Army Corps of Engineers, the successful pilot study demonstrated a unique ability to address the remaining groundwater contaminants at this site, and EPA is committed to employing all available technologies to get the job done." The cleanup technique, called in-situ chemical... Read more →

PHILADELPHIA PA--Since 2011, Feeding America has conducted its annual Map the Meal Gap study to provide its member food banks with details about food insecurity on a local level. Food insecurity is a measure of access to enough food for a healthy and active life. From the data now available, which shows food insecurity rates for 2020, we are able to see how COVID, the government provided support, and our efforts have impacted food security. courtesy of dreamstime.com The Map the Meal Gap report gives us a glimpse beyond the national and state-level data provided by the United States Department of Agriculture. Feeding America can localize this information down to the county and congressional district levels. This allows Philabundance to look more closely at our nine-county service area that covers two states. From the 2020 data, we see: In the Philabundance service area, overall, 10.5%, or 1 in 10, people... Read more →