WOODBURY, NJ --Father Thomas Capperella, 82, former parochial vicar in the Diocese of Camden, died June 26. Born in Plymouth Township, Pa., he studied at Blessed John XXIII in Weston, Mass., before being ordained a priest of the Diocese of Camden by Bishop Nicholas DiMarzio on June 2, 2001, in Blackwood. His first assignment was as parochial vicar of Saint Thomas More Parish, Cherry Hill, where he served for a year before being assigned the same role in Saint Vincent Pallotti, Haddon Township (2002-2005). Father Capperella went on to serve as parochial vicar in Saint Patrick, Woodbury (2005-2010), and Holy... Read more → BLACKWOOD, NJ (June 30, 2022)(CNBNewsnet)--The Gloucester Township Police Department released the following information about tonight's Farmer's Market in Downtown Blackwood. Get a jumpstart on your 4th of July holiday shopping at our weekly farmers’ market in Downtown Blackwood starting at 4pm. Today Tony Morelli Market will be adding delicious and sweet melons to their produce selection. Holy Tomato is offering their tasty homemade salad dressing for sale by the mason jar along with pizza by the slice including their special chicken fajita pie! Homeward Bound has Obsidian and Diego in attendance for cuddles and adoption! And tonight’s music provided by... Read more →

Albert C. Fisk Jr., of Gloucester City, NJ., affectionately known as Buddy. Peacefully passed away on June 27,2022 at the Cooper Hospital with his loving family by his side. Al was born on November 27,1942 in Camden, New Jersey to the late Albert C. Fisk, Sr and Laura M. Robertshaw and has been a resident of Gloucester City for many years. Al was a regular face on the corner of Broadway and Cumberland Streets where he assisted children crossing to and from school. He loved his job and enjoyed all the people he met. Also, fishing was an enjoyable pastime... Read more → 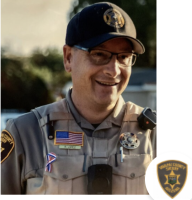 RICHARD LOPEZ YAVAPAI COUNTY ARIZONA(JUNE 28, 2022)----Sergeant Richard Lopez was shot and killed while attempting to arrest a suspect near Stagecoach Trail and Red Rock Lane in Cordes Lake at about 12:45 pm. He had responded to the area to investigate a theft and located the suspect nearby. The man shot him before fleeing into a nearby residence and barricading himself inside. Sergeant Lopez was transported to HonorHealth Deer Valley Medical Center where succumbed to his wounds. The subject was taken into custody after remaining barricaded in the home for several hours. Sergeant Lopez had served with the Yavapai County... Read more →

DELAWARE--(JUNE 30, 2022)--The Department of Natural Resources and Environmental Control continued to broaden the recreational appeal of Delaware’s renowned artificial reef system by sinking the Texas Star (above), originally outfitted as a floating casino, at a reef site 16.5 miles offshore of the Delaware coast, with readings of 38.40.494/74.43.868 at a depth of 86 feet. Built in 1977 on a multi-purpose supply ship hull, the Texas Star was last at sea as a commercial scallop catcher/processor vessel, finding its third life at approximately 4:20 p.m. EDT Wednesday, June 29 as ocean floor fish habitat planned by DNREC’s artificial reef program.... Read more →

CNBNews graphic files The latest figures from casinos in New Jersey have revealed that online gambling has increased by 15% compared to the previous year. The same study also announced that online gambling outlets in New Jersey took over $430 million from gamblers in May 2022 alone. But what exactly is the cause of this increase and what can we expect in the future? We reveal more below. A new online landscape The report found that Borgata was leading the gambling market with an increase of over 30% from last year. Hard Rock casino came in second place, taking in... Read more →

Paying for Customers’ Gas in July as Prices Soar Amid Economic Challenges As people struggle to make ends meet more than ever due to the ever-changing economy, Crab Du Jour has initiated a program to ease the pain of going out to dinner, by offering $5 off per check, up to $20, every night during July for every guest who dines at the restaurant from July 1st through July 31st. The promotion includes the minimum spending per bill, $5 off $25, $10 off $50, $15 off $75 and $20 off $100. The Cajun seafood chain, with over 88 locations around... Read more →

Pie irons, an extraordinarily versatile instrument, were the first equipment people used around the campfire. Pie irons enabled them to prepare various dishes, exploring different ingredients and tailoring each pie iron to the consumer's preferences. A few of those early explorations are now staples on every camping trip. You cannot go camping without your campfire pie irons. What's the ideal campfire pie iron? Pie iron is a set of metal presses, usually made of cast iron, which you can use for cooking over an open fire. Pie irons exist in various forms and sizes, but they all serve the same... Read more →

From The Washington Times: Tom Fitton, president of Judicial Watch, said the documents are relevant to examine allegations of sexual assault by Mr. Biden’s former staffer Tara Reid and allegations of influence-peddling in connection with Mr. Biden’s son Hunter Biden and foreign interests. “What he was up to as senator is going to inform us about what he is doing and what he wants to do as president,” Mr. Fitton told The Washington Times. “Why was this public university working with this political operation, hiding records to protect then-candidate and now President Biden?” Read more here… Read more → 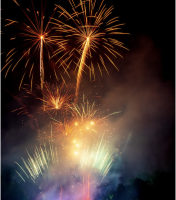 Prepare ahead for traffic and parking restrictions in the area. Saturday, July 2, 2022! Parade - 12:00 PM Fireworks - 9:30 PM (approximate) The Maple Shade Police Department wishes to remind residents and those visiting this Saturday that there will be some road closures, detours and parking restrictions in the area of our events. Please be cautious when driving in the area and give yourself plenty of time in the event of delays. Temporary NO PARKING areas will be posted in several neighborhoods and will be enforced. Temporary detours and traffic pattern changes should be expected arriving and leaving our... Read more →

Ikiya Collective: They Won't Stop With Abortion, Rise Up for Our Rights

press release SAPD tries to stop Queer Lakota Led Ikiya Collective from marching in San Antonio Pride with Abortion Rights Banner San Antonio, TX: Tonight, San Antonio Police Department and PRIDE marshalls on roller skates tried to stop Ikiya Collective from marching in San Antonio's "Pride Bigger Than Texas" parade with a banner that read "They Won't Stop with Abortion, Rise up for Our Rights!" The group of Black, Indigenous and queer folks of the global majority was stopped three times by the police despite marching with the San Antonio Human Rights Campaign. When stopped by the police from entering... Read more →

Alzheimers Disease: The 10 Most Common Signs

Memory loss that disrupts daily life One of the most common signs of Alzheimer’s disease, especially in the early stage, is forgetting recently learned information. Others include forgetting important dates or events, asking for the same questions over and over, and increasingly needing to rely on memory aids (e.g., reminder notes or electronic devices) or family members for things they used to handle on their own. What's a typical age-related change? Sometimes forgetting names or appointments, but remembering them later. 2 Challenges in planning or solving problems Some people living with dementia may experience changes in their ability to develop... Read more →