DETOUR IN EFFECT FROM MAY 19 UNTIL MAY 22 CNBNews graphic files PHILADELPHIA, PA (May 19, 2022)(CNBNewsnet)On Thursday, May 19th, 2022 at 10:00 A.M., Kelly Drive will be detoured between Strawberry Mansion Drive and Fountain Green Drive. The roads will remain closed until Sunday, May 22nd, 2022, at approximately 8:00 P.M. for Stotesbury and Manny Flick Regatta. Entrance into the regatta zone is by permit only. There will be pay gates for spectators' entrance into the parking areas adjacent to Reservoir Drive. DETOURS: Inbound (toward the center city) South up the Strawberry Mansion Drive ramp to Reservoir Drive, south on... Read more →

2022 Rowan baseball team ANNVILLE, PA – Tenth-ranked Rowan will open play in the NCAA Baseball Annville Regional against Mitchell College on Friday, May 20 at 10 a.m. at McGill Field. The Profs (30-8) are seeded first in this regional while Mitchell (30-11) is fourth. In the second game at 1:30 p.m., 24th-ranked and second-seeded Washington & Jefferson (35-8) will face the host, third-seeded Lebanon Valley (30-14). The winners of Friday's game will play at noon on Saturday, while the losers will face off at 8:30 a.m. on Saturday. The double-elimination format will continue through Sunday. All three teams other... Read more →

Back In The Day Video: Camden City And The Movies

CAMDEN CITY, NJ (CNBNEWSNET) The Stanley Movie theater was one of the most popular places to take your family or your date for an evening of entertainment. Great memories of the plush red seats that reclined, an upstairs balcony for smooching with your girlfriend, and the aroma of popcorn being popped. In the mid-1950s students from St. Mary's Grammar School were bussed from the school in Gloucester City to that theater to see Ben Hur and the 10 Commandments starring Charleton Heston. In the video below Allen F. Haus, the author of the book South Jersey Movie House, talks about... Read more →

Dorothy Philbin | CNBNews GLOUCESTER CITY, NJ (May 19, 2022)--I don't try to hide my disappointment in America's public education and never will apologize for wanting today's kids to have the high quality of education we had decades ago. That being said, I also try to be fair and congratulate those who make changes in the right direction. This week I read that "trades" will be CNBNews graphic file reintroduced to Gloucester City schools. A sincere thank you to those who made this happen. I read so many Facebook posts from the boys of the 1960s discussing their woodshop or... Read more →

LETTERS TO THE EDITOR: The Healing Touch of Flowers

What has happened to the committee who decorates our city with flowers in the spring? Beautiful urns were purchased a few years back and they sit empty. There used to be beautiful hanging baskets on Monmouth St but I don’t see them any longer. I see other small communities, i.e. Westville with their urns/vessels decorated with beautiful spring flowers, but not Gloucester City. All I see is trash cans, sometimes empty, sometimes filled with trash, otherwise the trash is on the sidewalk or in the gutters. If I recall, flowers make us smile, make us happy, cheer us up when... Read more → 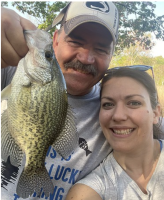 by Erik Zlokovitz of Maryland DNR Recreational Fisheries Outreach, filling in for Keith Lockwood. May 18, 2022 Glenn Simpkins and his daughter with a nice-sized crappie at a pond in Harford County. Photo by Glenn Simpkins Warm and sunny weather returned to Maryland and fishing conditions are getting back to normal, with lighter winds and less rain this week. The shad run is winding down, but should continue until the end of May. With the warmer weather, fishing for invasive snakeheads is starting to improve in the shallow waters of Blackwater and in other river systems, along the shorelines and... Read more →

Traveling To Greece: Best Types Of Accommodation To Book For Your Trip

Greece is among the world's most popular tourist destinations. It has a rich history, culture, monuments, and historical places. It is also known for its stunning islands and exquisite food. There are plenty of exciting things that you can see in Greece. Visiting this country can be very enjoyable and educational. Greece has a broad range of landscapes from mountains to beaches, and from busy cities to tranquil islands. There are also several monuments and natural features making each visit to Greece distinctive. Visiting Greece is recommended by tourists for other various reasons as well, such as the Greeks’ hospitality... Read more →

May 18, 2022 GLOUCESTER CITY, NJ (MAY 18, 2022)(CNBNewsnet)On Monday, May 30th the following road closures and parking restrictions will be in effect to accommodate the Memorial Day Ceremony at Broadway and Monmouth Street: Road Closures (10:30am -1:00pm) Broadway between Cumberland Street and Hudson Street (all traffic) Somerset Street between Broadway and Champion Road (all traffic) No Parking (10:00am -1:00pm) Broadway between Cumberland Street and Broadway (both sides) “No Parking” signs will be posted in advance. We appreciate everyone’s cooperation. Read more →

Image Source Being a mom is challenging; you will feel various feelings before and after a child is born. Soon-to-be parents are filled with thoughts, concerns, and whether they’ll be good parents. With or without other kids in the mix, being a mom of twins is no easy feat. So, be sure to purchase a gift in the upcoming baby shower and be respectful to the soon-to-be mom and dad! A way of thanking the parents for the invitation to the baby shower is by preparing a gift. This page covers the nine popular presents you can give. Matching Jewelry... Read more →

SERVPRO fire remediation specialists advise Gloucester City-area grill masters to prepare now for a safe, savory outdoor cooking season Gloucester City, NJ (Grassroots Newswire) March 18, 2022 - For many, the Memorial Day weekend marks the unofficial start of the summer season. The National Fire Protection Association (NFPA) warns families that the onset of the summer season also marks a rise in home fires started by outdoor grilling activities. According to the NFPA, on average, 10,600 home fires are started by grills each year. July is the peak month for grill fires, followed by June, May, and August.1 "Sixty-one percent... Read more →

*GCHS Pub and Grub Saturday, May 21 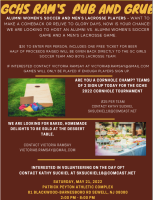 Gloucester Catholic's (GCHS) annual Rams Pub and Grub will be held on Saturday, May 21, 2022, at the Patrick Peyton Athletic Complex in Sewell, NJ, from 2 pm to 8 pm. Join us for a day of food, fun and family! There will be a number of food trucks, activities, entertainment and much more! See details below! Read more →

GLOUCESTER CITY, NJ (May 3, 2022)(CNBNewsnet)---Gloucester City is thrilled to celebrate the founding of our great nation the evening of Saturday, June 25th at Proprietor's Park with a wonderful waterfront fireworks display. The park is located at King Street and Jersey Avenue at the Delaware River. In the above Google street view image, Proprietors Park is located on the left. Mayor, Council, and Celebrations Committee's 4th of July themed community event will have food, family friendly games, and a fancy festive Independence Day decorated bicycle and stroller procession. Be sure to follow Gloucester City's social media posts and website for... Read more →

Posted by CNBNewsnet on Thursday, May 19, 2022 at 07:30 AM in Camden County , General/Political News, Gloucester City NEWS, South Jersey | Permalink | Comments (0)