William E. Cleary Sr. | CNBNews EDITOR'S NOTE: We first published this article in 2008. Because it is such a great story we bring it out from our archives each year on Mother's Day to share with you again. The author is unknown. I was looking for a photo to use with it and I thought why not use a picture of our mother, Mazie (Tucker) Cleary who passed away in 1995. The first photo of her was taken a few years before she died from complications of Alzheimer and the second is a much earlier photo of her. As... Read more →

Mary Dalene Crowder-Leaver, age 71 of Gloucester City, passed away on Wednesday, May 4th, 2022 at Cooper University Hospital, Camden. Dalene is survived by her husband Rev. Dr. Richard Leaver. She is the sister of Thomas Crowder and the late Paulette Uibel. Mary is survived by her nieces & nephews; Stacey, Jacob, Jennifer, and Christophe Uibel. She was predeceased by her parents Mary & Thomas Crowder, her nephews Wallace and Thomas Uibel as well as her niece Jennifer Uibel. Dalene will be fondly remembered as a doting wife sister and aunt who would have done anything for her family. The... Read more →

Posted by CNBNewsnet on Sunday, May 08, 2022 at 11:00 AM in Current Affairs, Gloucester City NEWS, MARYLAND, Obituaries, South Jersey | Permalink | Comments (0)

A historic decrease in Latina youth pregnancies has drastically increased the number of Latinas who complete high school and enter higher education... TRENTON, NJ – May 5, 2022 – The board members of Latina Civic are extremely disappointed and concerned over the recent leaked draft of the Supreme Court’s decision to overturn the longstanding precedents of Roe V. Wade. and Planned Parenthood V. Casey. These two landmark cases are extremely important to protect the reproductive rights of all women and especially Latinas. Latina Civic firmly believes in the case law set in place by Roe V. Wade case as fundamental... Read more →

WASHINGTON, May 6, 2022 – Olympia Meats, a Portland, Ore. establishment, is recalling approximately 862 pounds of ready-to-eat (RTE) pork deli meat products due to misbranding and undeclared allergens, the U.S. Department of Agriculture’s Food Safety and Inspection Service (FSIS) announced today. The product contains pistachios (tree nuts), a known allergen, which is not declared on the product label. The RTE pork deli meat products are labeled as Mortadella Classica products but contain Mortadella product with pistachios. These items were produced on Feb. 10 and Feb. 13, 2022. The following products are subject to recall [view label]: 4-lb. vacuum-packed chubs... Read more → 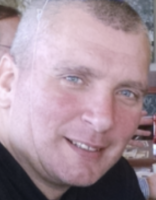 He’s the goofy, fun loving man of passion; the key to Kevin D. Hannum, Sr.’s happiness was laughter. He was the one singing in the shower, dancing in the living room to his favorite tunes and everyone knew “that smirk”. He was butch enough to wear lipstick and pull it off. Kevin was integrity, courage and dependability. He was one of the few, one of the proud… SEMPER FI. Over the past few years, while challenged by indisposition, Kevin was tenacious, full of hope and faithful. You know what Ol’ Jack Burton says at a time like this? … Just... Read more → 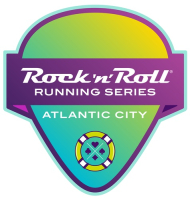 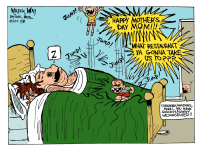 East Rutherford, N.J. - New Jersey State Police have arrested Anwar Stuart, 20, of Brooklyn, N.Y., for allegedly shooting a man during an attempted robbery at the American Dream Mall in East Rutherford, Bergen County. On April 7, troopers from the New Jersey State Police Meadowlands Station responded to the report of a shooting inside the American Dream. When troopers arrived, they discovered one male victim was shot. The victim, who sustained serious injuries, was taken to an area hospital. During the investigation, detectives determined that the victim was shot during an attempted robbery and identified Stuart as the suspect.... Read more →

The State of NJ Seeking Employees for Seasonal Jobs

Each year, between May and September, the New Jersey State Park Service hires approximately 700 seasonal staff to fill peak-season jobs at New Jersey’s parks, forests, recreation areas and historic sites. No experience necessary to apply. Salaries for most positions start at $15.00 per hour. The minimum age to apply is is 16 years old. Interested in applying? Click here to submit an application for one of the positions listed below. For information on full time employment with the New Jersey Department of Environmental Protection, visit nj.gov/dep/jobs. Go Here to learn more about the jobs being offered Go Here to... Read more →