Police Officer Wilbert Mora New York City Police Department, New York End of Watch Tuesday, January 25, 2022 Police Officer Wilbert Mora and Police Officer Jason Rivera were shot and killed when they responded with a third officer to the report of a domestic dispute call in an apartment at 119 West 135th Street in Harlem. When the officers arrived at the apartment about 6:30 pm, they spoke with the suspect's mother. Officer Rivera and Officer Mora went to the rear of the apartment to interview the suspect while the third officer stayed with the mother. As the officers approached... Read more → 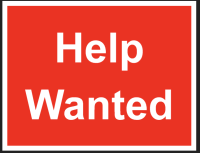 OPEN POSITION – PUBLIC INFORMATION ASSISTANT The Bergen County Prosecutor’s Office is seeking a creative, organized, detail-oriented professional for its Community Affairs Unit. Reporting to the Chief of the Community Affairs Unit, this individual will have a varied range of tasks and will assume a significant role in supporting all aspects of the BCPO’s communications, including public and media relations, press event coordination, research, web and social media content creation, social media monitoring, poster and flyer creation, social media online community management, and analysis of performance metrics. This position will assist with the dissemination of public messaging including crisis communications... Read more → 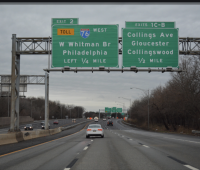 Monday night traffic accident backs up traffic on I-76 near Gloucester City exit for seven hours. GLOUCESTER CITY, NJ (January 25, 2022)(CNBNews)--New Jersey State Police said today that a 48-year-old Louis E. Ciccanti was behind the wheel of a 2004 Mercedes-Benz when he was fatally shot Monday night, around 10:30 p.m. on Interstate 676 near milepost 4. At first State Police labeled Ciccanti's death as suspicious and noted that he did not die from injuries sustained during the crash. The investigation stretched into the Tuesday morning rush hour commute. Sources say traffic was back up near the accident for over... Read more →

Esports Entertainment Group Granted Approval to Begin Betting Operations in New Jersey Hoboken, New Jersey – January 24, 2021 – Esports Entertainment Group, Inc. (NASDAQ: GMBL) (NASDAQ: GMBLW) (or the “Company”) announced today that it has received an Order approving a Transactional Waiver from the Director of the New Jersey Division of Gaming Enforcement which permits the company to begin accepting bets in the state. The Company becomes the first esports betting operator to receive a Transactional Waiver in New Jersey and plans to launch their VIE.gg betting platform following a five-day ‘soft play’ period which will begin this afternoon.... Read more → 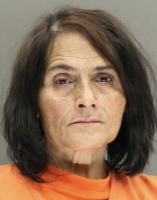 Burlington County Prosecutor Scott Coffina announced that a 54-year-old Mount Holly drug dealer has been sentenced to 11 years in New Jersey state prison for narcotics possession and for causing the death of a Lumberton resident who fatally overdosed on fentanyl he bought from her. Under an agreement with the Prosecutor’s Office, Linda Naulty pled guilty in November to Strict Liability for Drug-Induced Death (First Degree) and Possession of a Controlled Dangerous Substance with Intent to Distribute (Third Degree). The agreement called for an eight-year term for the first-degree crime, of which Naulty must serve 85 percent before becoming eligible... Read more →

Tips and help for the incorporate cryptocurrency guide

Bitcoin has motivated the dispatch of numerous other advanced monetary standards, with in excess of 1,000 variants of computerized coins or tokens at present accessible. They are not any different either way and their qualities ​​are totally different, just like their liquidity. All things considered, there is fine differentiation between coins, altcoins, and tokens. Altcoins or elective coins for the most part depict other than the major bitcoins, despite the fact that altcoins like Ethereum, litecoin, swell, dogecoin, and run are considered in the 'principle' class of coins, which means their exchange is more bad money. Coins go about as... Read more →

What are the basic requirements and tips of crypto trading?

Regardless of whether it's simply the possibility of ​​cryptocurrencies or the enhancement of their portfolios, individuals from varying backgrounds are putting resources into advanced monetary forms. In the event that you are new to this idea and thinking about what's going on, here are some fundamental thoughts and contemplations for putting resources into digital forms of money. Find out here more crypto trading tips to earn more money for your business. What digital forms of money are accessible and how might I get them? With a market cap of roughly 8 278 billion, Bitcoin is the most settled cryptographic money.... Read more →

The cryptographic money market has become extremely well known and each merchant needs to become wildly successful through a bitcoin exchange. Notwithstanding, an exceptionally unpredictable market can be hard to keep up with, particularly thinking that it is a market that never rests against the securities exchange. To make things more straightforward for merchants, exchange boats have been created. An exchanging bot can be characterized as a product program intended to collaborate straightforwardly with a monetary trade to get important data and decipher it so dealers can trade orders. If you are trying to know actual risks related to bitcoin... Read more →

at CA Trucking Association Conference With Fresh Perspective, Solutions, Partnerships By Marc Ang A California Republican is a rare sighting in elected office, but a quarter of the California Assembly members are Republican, and one of them is Assemblyman Heath Flora (R-Ripon), who hails from the almond capital of the world in the Central Valley. We caught up at the California Trucking Association (CTA) conference and weighed in on issues affecting an industry I have covered on numerous occasions, critical to the supply chain crisis. Flora had a robust resume before entering public office and that was very clear in... Read more →

This year we can see that cryptographic forms of money go all over 15% of the worth consistently. Such value variances are known as changes. In any case, imagine a scenario in which ... this is completely typical and abrupt changes would one say one are of the qualities of a bad cash that permits you to create great gains? Above all else, digital currencies have as of late made advances into the standard, so all the news and bits of hearsay with regards to them are "hot". We see intense changes in costs following each assertion by government authorities... Read more →

Burlington County Prosecutor Scott Coffina and Pemberton Township Police Chief Jason Watters announced that a 19-year-old Browns Mills man has been charged with possessing and distributing child sexual abuse material. Dawson Simons, of the 300 block of Seminole Trail, was charged with three counts of Endangering the Welfare of a Child (two Second Degree and one Third Degree). He was lodged in the Burlington County Jail in Mount Holly pending an appearance in Superior Court. The case will be prepared for presentation to a grand jury for possible indictment. Simons was taken into custody Friday morning at his residence following... Read more →

Michael J. Comuso, on January 23, 2022, of Wenonah; formerly of Bellmawr. Age 66. Beloved husband of 43 years to Deborah Comuso (nee Gerner). Devoted father of Nicole Jatzke (Scott) and Heather Feinberg (Matthew). Loving Pop of McKenzie and Collin. Dear brother of Paul Sr. and uncle of Paul Jr. and Christopher. Michael was a member the PBA and the FOP. He retired as a Detective-Sergeant with the Camden City Police. There will be a visitation from 6pm to 8pm Friday, January 28 at GARDNER FUNERAL HOME, RUNNEMEDE. Memorial Service 8pm at the funeral home. Interment is private. In lieu... Read more →