TRENTON, N.J. – One month after the federal disaster declaration for the remnants of Hurricane Ida, more than $175.8 million in federal funds have been provided to New Jersey to aid in their recovery. Funds include grants from FEMA, low-interest disaster loans from the U.S. Small Business Administration and claims payments from the National Flood Insurance Program: More than $88.5 million in federal grants approved for homeowners and renters. More than $53.1 million in SBA low-interest disaster loans approved for homeowners, renters and business owners. More than $34.1 million paid to NFIP policyholders statewide. “This is an impressive milestone to... Read more →

Yesterday, the state reported COVID has spread to 1,009,054 PCR-confirmed cases, and 151,824 probable cases. It has killed a confirmed 24,691 people. 2,787 more people likely died from the virus, though it hasn't been confirmed. The statewide transmission rate of the virus is .91, which is the same as yesterday (.91). This is a good sign. Anything above 1.0 means the outbreak is growing: every infected person is spreading it to at least one other person. EPA ANNOUNCES INTERIM PLAN TO CLEAN PASSAIC RIVER The federal Environmental Protection Agency has announced plans to finally clean up the Passaic River —... Read more →

Rosemarie Cicalese, of Philadelphia and Margate, 79

On October 3, 2021. Age 79. Of Philadelphia, PA. Formerly of Margate, NJ. Loving mother of Alexandria Cicalese Wilson and Christina Cicalese McSweeney (Michael). Cherished grandmom of Gracie McSweeney. Dear sister of Jeanne Cusato. Beloved daughter of the late Raymond and Angelina Cusato. Relatives and friends are invited to her visitation on Saturday, October 9th from 10 to 11 AM at St. Mary’s R.C. Church, 426 Monmouth St., Gloucester City. Mass of Christian Burial 11 AM in the church. Interment will be private. In lieu of flowers, donations are requested to St. Rose of Lima School, 300 Kings Highway, Haddon... Read more →

The Avalon Volunteer Fire Company building will be expanded

New Traffic Plan Behind Public Safety Complex The Avalon Volunteer Fire Company building will be expanded over the course of the next few years and areas including and around the firehouse will be a construction zone for the duration of this work. The initial phase of this work is expected to begin during the week of October 4th. Drivers should be aware that for a period of three to four weeks, the two handicapped parking spots adjacent to the Avalon Senior Center will be temporarily relocated in order for underground work to be performed safely. The ramp to the Avalon... Read more →

Free education and ample opportunity with The Gloucester County Board of Commissioners, in cooperation with Rowan College South Jersey (RCSJ) and Rowan University established the Gloucester County Intern Scholarship Program to provide scholarship opportunities for outstanding students. In addition to the potential to save up to $150,000 for a four-year degree, the scholarship covers first year and second year tuition and academic fees at RCSJ and offers students meeting required criteria the opportunity to participate for a third and fourth year at Rowan University. “In addition to taking their courses at RCSJ, students will intern in fields including business administration,... Read more → 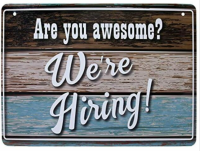 GLOUCESTER CITY, NJ (October 5, 2021)(CNBNews)--The Gloucester City Police Department is seeking applicants for the position of Special Law Enforcement Officer-Class III Minimum qualifications for SLEO personnel: Gloucestercitynews.net graphic files 1) Must be retired law enforcement officers who are less than 65 years of age. NOTE: a law enforcement officer shall not be considered retired if the officer's return to employment violates any federal or state law or regulation, which would deem the officer's retirement as not being bona fide; 2) Must have served as a duly qualified, fully trained, full-time officer in any municipality, county, agency of this state,... Read more →

Repeating Failure: Mail Standards Degraded for the Second Time in Seven Years By Paul Steidler The Lexington Institute Starting Friday, October 1, the U.S. Postal Service (USPS) will hold itself to lower mail delivery standards (i.e., longer delivery times), increasing the time it takes to deliver 39 percent of first-class mail. USPS did this just seven years ago and the results were bad. Cost savings were not realized, the significantly reduced service standards were never met, and large amounts of first-class mail, USPS’s most profitable product, permanently left the system. Then as now, USPS said having a lower service standard... Read more →

(MARLTON, NJ – October 4, 2021) Virtua Health is working to protect its staff and the community by providing COVID-19 booster shots to its workforce. The Marlton, N.J.-based health system, South Jersey’s largest, has begun administering a third dose of the Pfizer-BioNTech vaccine to as many as 14,000 colleagues. “This booster dose is literally a ‘shot in the arm’ to increase the immunity of staff who received their first shots when they first became available,” said Dr. Reg Blaber, executive vice president and chief clinical officer for Virtua Health. “These boosters will deliver an added layer of protection that will... Read more →

The Gloucester County Department of Health is offering free flu clinics through the end of the year for all Gloucester County residents. Director Robert M. Damminger said, "The best way to keep yourself and those around you flu-free this year is to get the flu shot as soon as you can. It's never too early to start protecting yourself." Commissioner Jim Jefferson, Liaison to the Department of Health, said, “There is no cost for our residents to receive this flu shot and all they need to do is show up with valid ID. The county is committed to promoting healthy... Read more →

DOWN THE SHORE: Avalon Trunk or Treat/Halloween Registration 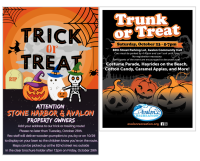 Avalon’s Halloween celebration and Trunk or Treat are both coming this month! To register your house for Halloween trick or treating, click here: https://stoneharborrecreation.com/trick-or-treat-halloween-house-registration/ Read more →

Posted by CNBNewsnet on Tuesday, October 05, 2021 at 10:30 AM in Announcements/Classifieds, Atlantic/Cape May COUNTIES, COMMUNITY EVENTS, Consumer News, Current Affairs, DOWN THE SHORE, South Jersey | Permalink | Comments (0) 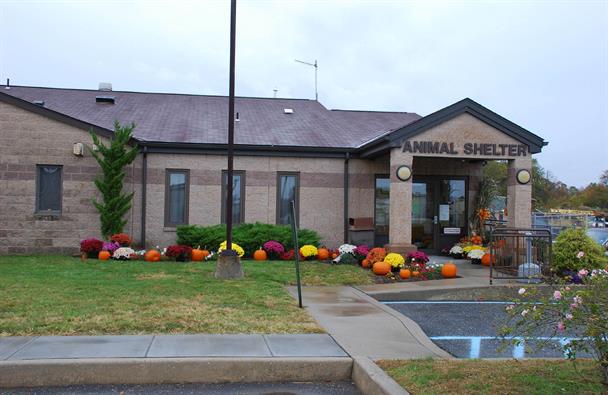 MATTHEW LOCKE Hardin County Sheriff's Department, Tennessee End of Watch Saturday, September 25, 2021 Hardin County, Tennessee--Deputy Sheriff Matthew Locke was shot and killed while assisting other officers during a domestic disturbance at a home in the 3000 block of Nance Bend Road in Clifton. An officer from Clifton Police Department and other deputies contacted the subject who was armed with a gun. As officers were ordering the man to drop the gun as Deputy Locke approached the home. The man suddenly opened fire, fatally wounding Deputy Locke. Deputy Locke was transported to a nearby hospital where he died shortly... Read more →

SERVPRO cleaning and remediation specialists in the Gloucester City area encourage residents to focus on personal accountability to limit spread of viral infections Gloucester City, NJ (Grassroots Newswire) October 1, 2021 - Flu season is upon us! According to the Centers for Disease Control and Prevention (CDC), influenza activity often begins to increase in October, peaks between December and February, and can linger into May.1 At a time when COVID-19 is still the dominant infectious disease concern, cleaning and bioremediation specialists with SERVPRO®remind Gloucester City-area residents that it is important this time of year to take steps to protect yourself... Read more →

(Clarksboro, NJ)—The Gloucester County Board of Commissioners and the Gloucester County Fire Marshal’s Office wants to remind residents of the importance of fire safety during the month of October. “The goal of Fire Prevention is to raise fire safety awareness, and help ensure your home and family has a plan and is ready for the unexpected,” said Commissioner Director Robert M. Damminger. “Fire Prevention week is the perfect time talk with your whole family about fire safety – include testing alarms, changing the batteries or upgrading to 10-year sealed battery alarms, how to use a fire extinguisher and escape route... Read more →