Minimum qualifications for SLEO personnel: 1. Must be legally permitted to work in the United States; Must be a resident of the State of New Jersey during their term of appointment; Must be at least 18 years of age; Must possess and maintain a valid New Jersey driver’s license; Must be able to read, write and speak the English language well and intelligently and have a high school diploma or its equivalent; Must be sound in body and of good health and be able to perform the physical functions of the duties assigned; Must be of good moral character and... Read more →

Closures necessary for restriping work (Trenton) - New Jersey Department of Transportation (NJDOT) officials today announced overnight closures of several exits on I-295 and Route 42 this week as the Direct Connect project advances in Bellmawr, Camden County. Wednesday, September 22 NJDOT’s contractor, South State, Inc., is scheduled to close and detour the I-295 northbound Exit 27 ramp to I-76 westbound on Wednesday, September 22 from 9 p.m. until 6 a.m. Thursday, September 23 to restripe the roadway. The following detour will be in place: I-295 northbound Exit 27 ramp to I-76 westbound detour: Motorists traveling on I-295 northbound wishing... Read more →

NJ NEWS COMMONS: COVID BOOSTER SHOTS ARE ON THE WAY TO NJ

The NJ Department of Health Commissioner Judy Persichilli says as many as 1.1 million New Jersey residents could soon be eligible to receive a third shot of the Pfizer vaccine starting next week.The CDC still has to officially approve a distribution plan, and proposals to administer booster shots for Moderna or Johnson & Johnson are still under review. Those who have not completed the first round of shots are urged to complete their initial dosage or begin the process if they haven’t yet started. (NJ Spotlight News) BUDGET DECISION DASHES GREEN-CARD HOPES Thousands of foreign-born professionals waiting for permanent residency... Read more →

It was a big day at Jefferson Washington Township Hospital on Tuesday, when a ribbon cutting celebration was held for the new seven-story, $184 million Silvestri Tower. The Tower’s opening marks the conclusion of the final phase of an overall $222-million construction project at the hospital. The first phase, completed in 2019, included a new 8-level, enclosed parking facility. The new hospital tower features 90 private rooms, a new main entrance and two-story lobby, a new cafeteria with outdoor dining space, a new Same-Day Surgery Unit, new Admissions and Pre-Admission Testing areas, and much more. Shown at the ribbon cutting,... Read more →

Michael J. Simon, "Mike", on September 19, 2021, of Runnemede. Age 76. Beloved husband of Virginia "Gina" (nee Zirilli). Loving and devoted father of Michael J. Simon III. Loving Pop of Isabella Skidmore (Cavin) and Sophia Simon and great grandpop of Rosalie Skidmore. Dear son of the late Michael and Mary (nee Laino) Simon. Mike joined the Philadelphia Police Department in October 1965. He served the people of Philadelphia of 25 years until December 1990, when he retired with the rank of Sergeant. He served proudly with the men and women in Philadelphia and rose through the ranks of Corporal,... Read more →

Report Says: Children Growing Up in Households Without a Biological Father Struggle Throughout Their Life

Dads’ Resource Center shares findings from comprehensive survey analysis showing damage caused by biological fathers not being in the home STATE COLLEGE, Pennsylvania – (September 20, 2021) – Roughly 25% of the children in America grow up without their biological father in the home, according to the U.S. Census Bureau. This has become so common to hear that many people don’t think much of it. They shrug their shoulders and go on about their business, not realizing the devastating impact that this statistic is having on the country. Dads’ Resource Center has completed an analysis of the National Longitudinal Survey... Read more →

James J. Lind, 2nd, on September 18, 2021, of Bellmawr. Age 81. Beloved husband of late Joan B (nee Fox) Lind. Devoted father of Dawn Lind, James A. Lind and Donald B. Lind. Loving brother of the late Florence DiPietro. Dear uncle of Karen Bolger (Frank), Debbie Dworcyk (Pat) and many other nieces, nephews and extended family. James was a Friend of Bill W. and longtime member of Local #669 UA. There will be a visitation from 9am to 11am on Monday at GARDNER FUNERAL HOME, RUNNEMEDE. Memorial service 11am at the funeral home. Interment private. In lieu of flowers... Read more →

You can help your pet get through separation anxiety and other disruptions of the new normal. by Darris Cooper, CPDT-KA (NAPSI)—As students return to in-person learning and pet parents gradually begin to spend more time outside the house, pets around the country are having to adapt to new daily routines, adjust to more time alone and navigate more frequent social interactions. Pets thrive on predictability, so it’s not uncommon to see them exhibit anxious or destructive behaviors when their routines shift dramatically. Fortunately, there are many resources and tools available to help pet parents make this transition as seamless as... Read more →

GUEST OPINION: MASKETEERS ARE NOT DOING US ANY FAVORS 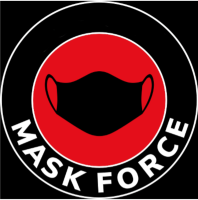 Bill Donahue | CNBNews Contributor Catholic League president Bill Donohue comments on why some Americans love masks: Have you ever noticed that in the big cities, there are many more people walking around with masks than in the suburbs? When I leave Long Island to go to work in New York City, few are wearing masks outdoors. But as soon as I get to the Big Apple, it changes: people are wearing masks walking down the street, on bicycles and in cars. What explains the difference? For one, liberals dominate in urban America, and it is they—the masketeers—who are enamored... Read more →

Farm Financing: Tips on How to Get an Agricultural Loan

Image source Need to buy farm equipment, livestock, or finance an operation? Do you own and operate a farm and need financing? As a farmer, you know that your business requires a lot of supplies to be productive. However, you may not have the necessary funding to acquire the equipment you need for your operation. And obtaining a farm loan might be your first option. An agriculture loan can help you get started or expand your farm business. However, the process of applying for an agriculture loan can sometimes be tricky because your operation is unique. There are several factors... Read more →

3 Excellent Reasons Why You Should Invest In Magnetic Screen Door

Are you looking to improve airflow in your premises on pleasant days or add a simple entry into your backyard? Buying a magnetic screen door is an easy and economical option for you. Magnetic screen doors are lightweight and convenient ways to keep pests and bugs out while allowing outdoors’ aroma and dawn choruses. Furthermore, they help reduce energy consumption since you will not have to run air conditioners all through. Along with their similar appearances, magnetic screen doors give different benefits and qualities that perfectly meet your and your family’s requirements. That includes easy access for kids and pets.... Read more → 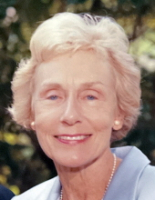 Margaret “Peggy” D’Alessandro (née O’Leary) Age 88 – Stratford On September 3, 2021, Margaret “Peggy” D’Alessandro (née O’Leary), beloved wife of sixty years to the late Michael A. D'Alessandro, devoted mother of Andrew John, Thomas Michael (JoyceAnna), and Richard Peter (Sandy) D’Alessandro, and loving grandmother of Luke, Maximus, Thomas Jr., and Anthony D’Alessandro, she was born on June 9, 1933, one of five children of John O’Leary and Eva (née Hughes). Raised in Gloucester City, she was valedictorian of her class at Gloucester Catholic High School. A faithful daughter of the Holy Catholic Church, she and her husband contributed to... Read more →

BURLINGTON CITY (September 20, 2021- Burlington County Prosecutor Scott Coffina and City of Burlington Police Chief John Fine announced that a 39-year-old city resident has been charged with stabbing a man in the neck yesterday morning inside a house in the 500 block of Linden Avenue. Terrell Dennis, of the 100 block of East Federal Street, was charged with Attempted Murder (First Degree), Possession of a Weapon for an Unlawful Purpose (Third Degree) and Unlawful Possession of a Weapon (Fourth Degree). Dennis was arrested yesterday evening in Camden and lodged in the Burlington County Jail in Mount Holly. A detention... Read more → 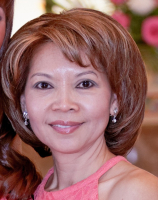 Christine M. Nguyen, on September 17, 2021, of Runnemede. Age 60. Beloved wife of Tieng of 38 years. Devoted and loving mother of Diana (Harry) and Tommy and grandmother of Colton and Everett. Sister of Che Loan (Anh Liem), Anh Truong (So Hoa), Anh Phat, Anh Tong (Kiem). Also survived by many nieces and nephews. She was an amazing cook, baker, and a great hairdresser. Christine loved to help and care for others, she spread joy and brought warmth and happiness wherever she went. She loved to spend time with her grandsons. Christine enjoyed traveling, gardening, exercising, and she was... Read more → 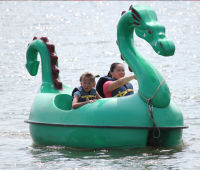