GLOUCESTER TOWNSHIP, NJ--On 5/17/2021 at approximately 8:50 pm, the Gloucester Township Police Department responded to the area of Sicklerville Road between Kings Rd. and Jarvis Rd. for a report of a pedestrian motor vehicle crash. Fire and EMS were on location treating a juvenile victim. The victim appeared to have severe injuries and was transported... Read more →

(WPVI Chopper 6 photo) Late Sunday evening the forest fire was blazing. LITTLE EGG HARBOR TOWNSHIP, NJ (MAY 18, 2021)--A fire that broke out Sunday afternoon around 4 PM in the Bass River Forest burned throughout the night and into Monday evening. Officials told WPVI the fire consumed 617 acres of land that splits between... Read more →

CAMDEN, N.J. – Two Pennsylvania men who robbed a bank in Carneys Point, New Jersey, in July 2018 while brandishing a firearm were both sentenced today to federal prison, Acting U.S. Attorney Rachael A. Honig announced. Antwaine Thomas, 41, of Philadelphia, was sentenced to 272 months in prison and Kareem Moore, 31, of North Wales,... Read more →

Tips for Summer Travel Season – Arrive Alive, Don’t Text and Drive In 2020, Fatal Crashes Increased in New Jersey (CAMDEN CITy, NJ) – May is Trauma Awareness Month, which coincides with the traditional start of the summer travel season. In the United States, trauma is the leading cause of death for ages 1 through... Read more →

Rough Weather Ahead, Get Your Home Ready 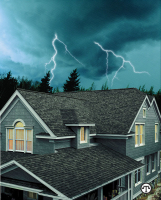 Extreme weather can wreak havoc on your home but you can be prepared. (NAPSI)—There have been more than 80 extreme weather events in the United States that caused at least $1 billion each in damage since 2011, according to data from the National Oceanic and Atmospheric Administration National Centers for Environmental Information. The average homeowner... Read more →

Pro Publica Report: U.S.Congress Cheated Hawaiians Out of Millions of Dollars Worth of Land Mike Kahikina served on the Hawaiian Homes Commission from 2011-2019. He was stunned to learn that the federal government was selling excess property that could have gone to the land trust that he and other commissioners oversaw. Credit:Cindy Ellen Russell/Honolulu Star-Advertiser The U.S. Owes Hawaiians Millions of Dollars Worth of Land. Congress Helped Make Sure... Read more →

GLASSBORO, NJ - Senior Tim Hutchison and juniors Mike Husni and John Maldonado have been named the tri-captains of the Rowan football team for the 2021 season, which will mark the Profs' return to competition since the 2020 season was canceled due to the pandemic. Hutchison, a 6-1 linebacker, played in all 10 games for... Read more →

Caroline M. Burkhardt (nee Harrison), age 68 of Blackwood formerly of Gloucester City, passed away on Tuesday April 13, 2021 at Jefferson Hospital in Washington Twp. Caroline is survived by her husband Richard Burkhardt, Sr., her son Richard, Jr. and was predeceased by her children, the late Michelle Burkhardt and the late Amanda J. Garamano.... Read more →

Woman Admits Fraudulently Obtaining over $200,000 Worth of iPhones 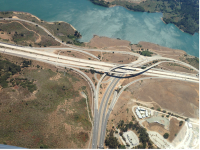 As we develop as a society, distance is no longer the obstacle it once was and with the emergence of the digital nomad who can work where he pleases, long-haul relocations are on the rise. It isn’t a simple thing to pack up all of your personal possessions and transport them to the southern states... Read more →

Some excellent and peppy ideas to make attractive T-shirt designs

If you are one of those who is creative and innovative, T-shirt design may provide you with an outlet. If you are interested in graphic designing, illustrations, and typography, this article is for you. You may put the design on the T-shirt and make it look appealing. These days, youngsters are interested in bold prints... Read more →

NASHVILLE, TN (05/12/2021)-- The following students achieved the Dean's List at Belmont University for the Spring 2021 semester. Eligibility is based on a minimum course load of 12 hours (exclusive of audit and pass/fail courses this semester) and a quality grade point average of 3.5 with no grade below a C (inclusive of audit, pass/fail... Read more → 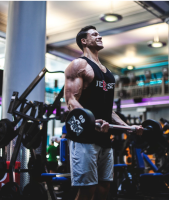 If you are wondering what career direction your kids will take, or are looking for an exciting career for yourself, the sports and fitness sectors are booming and for many active youngsters, this offers a rewarding and exciting career. If we look back to the start of the 21st century, we can see the start... Read more →

Do you need help with your water bill?