GLASSBORO, NJ – The #21 Rowan softball team is the top seed in the New Jersey Athletic Conference Championship (NJAC) Tournament. The Profs finished 18-1 in the conference and have a bye in the first round on Tuesday, May 4. Rowan (25-5) will host the quarterfinals which is a best of three series on Friday and Saturday, May 7-8. The Profs host the first round winner between #8 Ramapo College and #9 Rutgers-Newark on Friday, May 7 at 2 and 5 p.m. and the if necessary game is on Saturday, May 8 at 2 p.m. This year, the conference tournament has a new format. All 10 teams advance to the postseason. With the seventh through 10thteams playing a single elimination game in the first round... Read more →

NJBIA Statement on Murphy's Announcement of May 19 Reopening

May 3, 2021 NJBIA President and CEO Michele Siekerka issued the following statement regarding Gov. Phil Murphy’s announcement today allowing full capacity for all New Jersey businesses by May 19, with masking and other safety protocols. “This is very welcome news by Governor Murphy today. With health numbers heading in the right direction, the state’s vaccination goals well in sight, coupled with increased unemployment numbers and workforce challenges for our small and seasonal businesses, it is beyond time that New Jersey is fully reopened. “For our New Jersey businesses that have been able to hold on during closures and restrictions, we must do all we can to help them rebound quickly. We must get their workforce back, halt any additional mandates, and continue to assist... Read more → 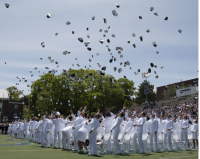 NEW LONDON, Conn. – President Joseph R. Biden Jr. is scheduled to deliver the keynote address during graduation ceremonies at the U.S. Coast Guard Academy Wednesday, May 19, 2021. This will be the second time President Biden has addressed a graduating class at the Academy, the first was as Vice-President in 2013. “We are honored to host the Commander-in-Chief as we celebrate the accomplishments of the Class of 2021, the future leaders of the U.S. Coast Guard,” said Academy Superintendent Rear Adm. Bill Kelly. “It will be a memorable event for our community, as well as a great opportunity to showcase the Academy and the city of New London on a national stage.” The 140th Commencement Exercises are scheduled to begin at 11:00 a.m. on... Read more →

Presented by Four Seasons Hotel Philadelphia at the 2021 Philadelphia Flower Show Jeff Leatham’s “Habitat” will recreate the explosive energy and movement of overgrown vines in vibrant hues of orange and yellow. Encounter a captivating living installation where nature meets architecture, as part of Four Seasons Hotel Philadelphia sponsorship of the 2021 PHS Flower Show during its inaugural weekend. This installation can be viewed on June 4 during the PHS Member’s preview and by the general public from June 5 to 6. “The inspiration for this piece comes from our collective experience of being quarantined this past year,” says Leatham. “When I close my eyes, I see pent up and overgrown nature wanting to be free. The colours are inspired by the burning desire to... Read more →

GLOUCESTER CITY, NJ (April, 2021)--The 5th Annual Johnny Gaudreau Scholarship Golf Tournament will be held on Friday, July 23, 2021, at Ron Jaworski's Blue Heron Pines Golf Club in Egg Harbor Twp., NJ. The tournament will provide families with financial needs the opportunity to give their sons and daughters a Gloucester Catholic High School education! All proceeds directly fund scholarships and tuition assistance. A limited number of golfing spots are available on a first-come, first-served basis. Last year's tournament sold out, so please register as soon as possible, if interested, online by clicking on the link below. After all spots are filled, all subsequent registrations will be put on a waiting list. Gloucester Catholic is a school with an inspiring tradition. Since 1926, GCHS has... Read more →

GLOUCESTER CITY, NJ(April 15, 2021)--The Facilities Director is an administrative and managerial position that is responsible for all functions for the daily operations of all buildings and grounds owned by the Gloucester City School District. The Facilities Director is responsible for ensuring the physical facilities and environment supports the educational mission of the School District. Essential Functions Strong leadership and organizational skills in a leader who oversees the implementation of all facilities projects Plans, organizes, manages and directs Facilities Manager’s. Managers are responsible for the daily management of custodial, grounds and maintenance staff. Develops and manages the budget for the Facilities Department; reviews budgetary cost estimates for the operation of the department and examines long-term operational needs against the more immediate financial and human resources... Read more →

(Camden, NJ) – In the shadow of the castle on the hill, Victor Carstarphen and the Camden Strong Team slate officially kicked off their campaign for Camden City Mayor and Council. Sitting behind a building, where Carstarphen delivered two state basketball championships and led the number one high school team in the nation, more than 100 members of the community and Camden City Committee came out to Farhnam Park to hear from the candidates and give a full throated endorsement of the ticket. Carstarphen, the second ward councilman, was born and bred in the city and was a main component of some of Camden High School’s most renowned basketball teams. He went on to play for legendary coach John Chaney and graduated from the Temple... Read more → 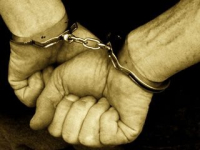 WINSLOW TOWNSHIP, NJ (May 2, 2021)--On May 1, 2021, at approximately 11:40 AM, the Gloucester Township Police received several 9-1-1 calls from inside Mavis Discount Tire 545 Berlin Cross Keys Road, Sicklerville, for a report of a male armed with a firearm. Gloucester Township Police with the assistance of Winslow Township Police Department immediately responded. Winslow Township Police was on location and had the male, later identified as Dean Hardwick from Gloucester Township, detained and firearm recovered. Gloucestercitynews.net graphic files Investigation revealed, Hardwick, was upset with management over a recent reprimand for his performance. A verbal altercation ensued between Hardwick and his manager. During the altercation, Hardwick threatened the manager and advised he would be returning to the store with something for him. Approximately fifteen... Read more →