Going the Distance: Things You Should Consider When Selling Your Car

(November 22, 2020)--Perhaps it's the scent of a new season-ending, or it's the sight of the old that is making you weary, or maybe you just want to start anew. Whether it's one or more of these things, welcoming the dawn of a new day should not make you feel guilty. If anything, you must get ready for the long journey ahead. To go the farther distance (literally), you might want to consider changing your wheels. It is normal to be reluctant at first, but really, it is worth the shot and might just be the change you are looking for. The investment you put in your car is beneficial in times of need. When you do invest, you won't have to worry about losing... Read more → 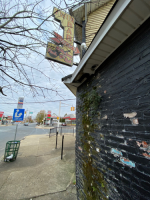 The outside structure of Jacks' Twin Bar has been showing signs of neglect for a while. It makes you wonder why isn't the owner made to repair it? (CNBNews photo) William E. Cleary Sr. | CNBNews (Gloucester City, NJ)(November 22, 2020)(CNBNews)--After years of neglect Jack's Twin Bar, Broadway, and Market Street is nearing the end. The condition of the building looks like it is beyond repair. Peeking through the window on the Broadway side you can see broken pieces of sheetrock mixed with leaves. Most likely the leaves got into the building through one of the many holes in the roof. On Market Street, the siding, along with the capping over the soffit is falling off. Plus a stove pipe has broken down and is... Read more →

Clarifying Guidelines for Outdoor High School Sporting Events TRENTON (Nov. 21, 2020)--— Governor Phil Murphy and Superintendent of the State Police Colonel Patrick Callahan today announced an Administrative Order clarifying that athletes, coaches, referees, trainers, and other individuals necessary to the performance of an outdoor high school sporting event are not included in the total number of individuals present at the gathering for purposes of the limit on outdoor gatherings. The order will take effect immediately and sunset on Monday, November 30, 2020. A copy of the Administrative Order can be found below STATE OF NEW JERSEY DEPARTMENT OF LAW AND PUBLIC SAFETY DIVISION OF NEW JERSEY STATE POLICE OFFICE OF EMERGENCY MANAGEMENT Administrative Order No. 2020-23 Outdoor High School Sporting Events WHEREAS, on March... Read more →

The Double-Standard of our Democracy; Obama Granted Exemption to Break Laws

Oceanfront Property Tied to Obama Granted Exemption From Hawaii’s Environmental Laws Honolulu officials have granted an exception to the state’s beach protection, clearing the way for a controversial multimillion-dollar renovation of a century-old seawall at a property owned by the chair of the Obama Foundation. by Sophie Cocke, Honolulu Star-Advertiser Nov. 182020 The oceanfront estate in Waimanalo, Hawaii, tied to Barack Obama on Aug. 1. (Darryl Oumi, Special to the Honolulu Star-Advertiser) ProPublica is a nonprofit newsroom that investigates abuses of power. Sign up to receive our biggest stories as soon as they’re published. by Sophie Cocke, Honolulu Star-Advertiser Waimanalo, Hawaii (Nov.18, 2020)--Officials in Honolulu have granted the developers of luxury, oceanfront estate tied to Barack Obama a major exemption from environmental laws designed to... Read more →

View Endangered Lemurs, Tortoises WILMINGTON DELAWARE--The Department of Natural Resources and Environmental Control cut the ribbon on its new Madagascar exhibit Nov. 19, and officially welcomed its new tortoise and lemur inhabitants. This new exhibit is home to radiated tortoises and three species of lemurs. The public will be able to visit the habitat starting Friday, Nov. 20. Governor John Carney and DNREC Secretary Shawn Garvin hosted a small group for a first look at the newcomers as they interacted in the exhibit, along with several who are still in quarantine. The event was also live streamed for the public and zoo fans on the Delaware State Parks YouTube page. “I grew up coming to the Brandywine Zoo and it has come a long way... Read more →

Officer Down: Patrolman Charlie Cortez Drowns after Boat Struck by a Rogue Wave 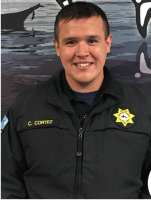 Police Officer Charlie Cortez Tulalip Tribal Police Department, Tribal Police End of Watch Wednesday, November 18, 2020 Puget Sound, Washington--Police Officer Charlie Cortez, age 29, died after the 24-foot fisheries enforcement vessel he was in capsized after being struck by a rogue wave in the Puget Sound, Washington, at about 9:00 pm. He and his partner had just escorted a distressed boater into Tulalip Bay when their vessel was struck by the wave and capsized. A search was immediately initiated by tribal, local, state, and federal agencies in the area. Officer Cortez's partner was located in the water suffering from hypothermia near Hat Island at about 11:45 pm and rescued by tribal fishermen. Officer Cortez was not located and, due to cold water temperatures and... Read more →

WASHINGTON, DC – Last night, U.S. Congressman Donald Norcross (NJ-01) – a senior member of the House Armed Services Committee (HASC) and Chair of the Tactical Air and Land Forces (TAL) Subcommittee – was appointed to serve on the joint conference committee for the National Defense Authorization Act (NDAA). The conference committee is charged with producing a bicameral compromise on the Fiscal Year 2021 (FY21) defense policy bill. “We live in an uncertain world with persistent, credible threats to our nation and our democracy, so it’s more important than ever that we support our men and women in uniform and ensure the readiness and modernization of our nation’s armed forces while spending our valuable resources wisely,” said Congressman Norcross. “I thank Speaker Pelosi for entrusting... Read more → 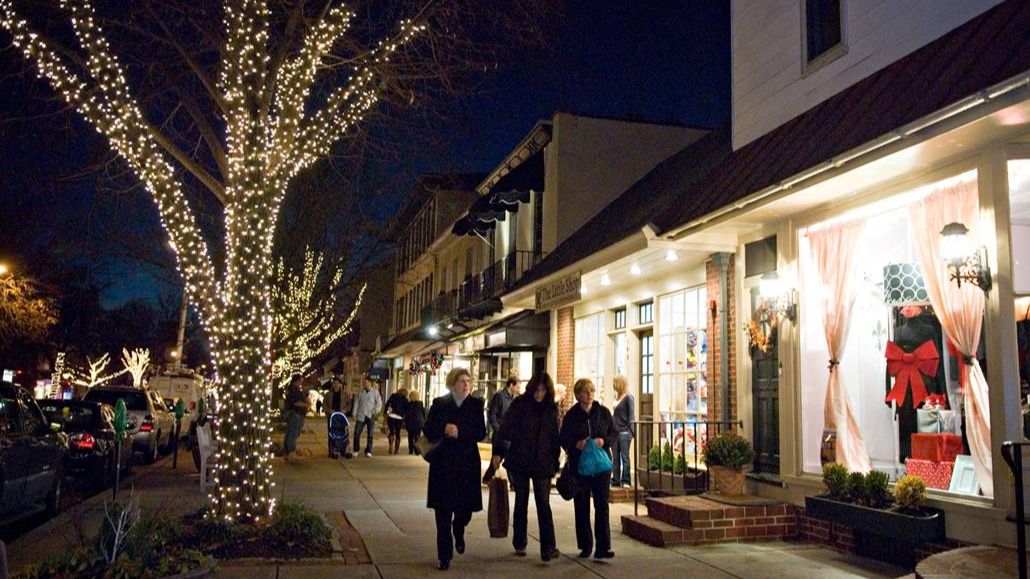 EVENTS Haddonfield Candlelight Shopping Grab your friends for a holiday shopping extravaganza! Enjoy candlelight shopping every Friday in Downtown Haddonfield from Friday, November 27 through Friday, December 18! Shoppers will find in-store promotions, specials, discounts, and more at participating businesses! Read More. Battleship NJ Now Open for Tours The Battleship New Jersey Museum and Memorial is open for tours on Saturdays and Sundays from 11 AM to 3 PM. This schedule will be in effect through the end of 2020. The Fire Power Tour will allow you to climb inside the legendary 16-inch gun turret, track a tomahawk missile launch in the Combat Engagement Center, take a walk down Broadway, learn how the crew lived aboard this floating city and more! Read More. Drive-Thru Veterans... Read more →

Edward M. Swift, on October 2, 2020, of Bellmawr. Age 60. Beloved son of the late Edward and Catherine Swift. Loving brother of Betsy Blumenstein (Joe) and the late Monica Swift. Uncle of Jackie Stetler (Mat), Monica Blumenstein (Justin Fair). Great Uncle of Sidney and Jude Pollard. Also survived by Christine Pantellas, Ed Zoranski, many cousins and friends. Ed was very patriotic and was an avid Philly sports fan especially of the Eagles and Phillies. He had a love for music and softball, but most importantly he loved his family especially his sisters and nieces. Services will be held privately at the request of the family. In lieu of flowers, donations may be made to Cystic Fibrosis Foundation, 2002 Sproul Road, #102, Broomall, PA 19008. Read more →

(Lindenwold, NJ)(Nov. 21, 2020)- – Over the last two years the Freeholder Board has been working on additional safety measures for pedestrian traffic into the city’s Eds and Meds corridor. The board has publicly advertised a request for proposals for the design of a pedestrian bridge over the River LINE and four lanes of Martin Luther King Boulevard adjacent to the Walter Rand Transportation Center (WRTC). The project is being funded by a grant allocation from NJ TRANSIT. After all necessary permits and approval are obtained, the design will result in a construction bid. “This new span will significantly improve safety in and around the Walter Rand Transportation Center, lifting pedestrian traffic above cars, trucks, buses, light rail vehicles, and bicycles,” said New Jersey Department... Read more →

Spring 2020 Dean's Award with Distinction HAMILTON, NY (11/20/2020)-- Students who receive a term grade point average of 3.6 or higher while completing at least three courses for a conventional letter grade during the spring 2020 semester earn the Dean's Award with Distinction. The following students in your area have earned the Dean's Award with Distinction from Colgate: Kelly Glenn is a Environmental Studies major at Colgate who graduated from Mainland Regional High School, and is from Linwood, NJ (08221) Adam Zaharoni is a Geology major at Colgate who graduated from Pennsbury High School, and is from Cinnaminson, PA (08077) Akhil Giri is a Biology major at Colgate who graduated from Moorestown High School, and is from Moorestown, NJ (08057) Jordyn Gross is a Geography... Read more → 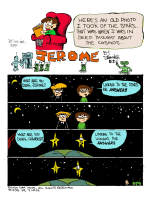