Wegmans Food Markets, Inc. Announces Recall of Select Valencia Oranges, Lemons, and Various Products Containing Fresh Lemon Because of Possible Health Risk Rochester, NY, August 9, 2020 – Wegmans Food Markets, Inc. is recalling its four-pound bag of Valencia Oranges, two-pound bag of lemons, bulk lemons, and a variety of in-store produced seafood and restaurant foods items that contain fresh lemon because they have the potential to be contaminated with Listeria monocytogenes, an organism which can cause serious and sometimes fatal infections in young children, frail or elderly people, and others with weakened immune systems. Although healthy individuals may suffer only... Read more →

A Disoriented Man With Broken Bottle Lunges at AC Police; Shot and Killed

VENTNOR, N.J. – The Attorney General’s Office is conducting an investigation of a fatal officer-involved shooting that occurred on Thursday, August 6, in Ventnor, N.J. One male civilian sustained fatal injuries, and authorities are still working to confirm his identity. According to the preliminary investigation, at approximately 4:16 p.m., Ventnor and Atlantic City Police Department officers responded to a 911 call concerning a man behaving erratically in the vicinity of Wellington Avenue and West End Avenue. When the responding officers encountered the man, he was walking in and out of a marshy area along the roadway, while holding a broken glass... Read more →

By Dave Fidlin | The Center Square (The Center Square) – The Pittsburgh region’s slow climb out of the economic fallout incurred by monthslong lockdowns amid COVID-19 precautions could have been lessened with fewer restrictions, a recent policy analysis states. Gloucester City News blog files In the policy brief, researchers with the Allegheny Institute for Public Policy, a conservative think tank, delved into the payroll jobs numbers within the Pittsburgh statistical metropolitan area for the month of May. Within the snapshot in time, overall numbers were on the mend from the April figures – when widespread lockdowns forced all nonessential businesses... Read more →

TRENTON NJ (August 10, 2020)--The larvae of stinging jellyfish, also known as sea lice, were found near Ocean City. They have primarily been reported near Avalon and Stone Harbor Beaches. Stinging jellyfish have been known to show up in New Jersey near the end of summer when the water is warmer. The stinging jellyfish larvae were likely pushed to New Jersey from Florida by Tropical Storm Isaias. “Here we are in the middle of summer and people can’t enjoy our beaches because of sea lice in the water. Sea lice are jellyfish larvae that can cause skin irritation and uncomfortable rashes.... Read more →

Albert Pye, Jr., of Bellmawr, New Jersey, passed away on Wednesday, August 5, 2020. He was 84. Legacy Albert graduated from Gloucester City High School, class of 1955. He enlisted after high school in the United States Army Reserve. Electrician by trade, Albert was the proud owner and operator of Pye Electric, Inc. in Haddon Heights, NJ. He spent many years dedicated to the industry working as an electrical inspector for multiple municipalities in Camden and Gloucester counties. He was well liked and respected among his peers. Away from work, Albert loved traveling with his wife, Esther. He enjoyed attending car... Read more →

Introduction (Gloucestercitynews.net)(August 10, 2020)--As soon as someone mentions that something is a new philosophy it is often discussed in abstract principles with practical implementation a far off pipe dream. CI/CD, or continuous integration and continuous delivery, is one of those philosophies. It is a way for DevOps teams to create great software, free of security issues and bugs, and can increase the usable lifespan of technology greatly. However, like all philosophies, abstract terms make up its foundation. This often means that organizations need to bring on a CI/CD partner to help revolutionize company projects. Defining Abstracts Before choosing a partner, platform,... Read more →

Nearly half — 45% — of the people contacted by the state's contact tracing corps have refused to cooperate, state health officials said Friday. These people have tested COVID-19 positive and may have spread the virus far and wide. It's up to the contact tracers to figure out just how far, and just how wide. So far, only 63% of people have even picked up the phone and agreed to talk — the more people who play ball, the safer everyone will be. And for more info on the state's contact tracing efforts, check out the new dashboard. (Patch) "Let's be... Read more →

CNBNews Gloucesterite Dawn O Watson, a columnist for Gloucester City News has announced the publication of her eleventh novel, Blue Earth. Blue Earth is the story of a future world where the government decides the fate of humanity and life is lived within a protective dome. The outside world is filled with toxins and as a result, all living matter loses its original color and is dangerously irradiated. "Being an independent writer it's up to me to get the word out," Mrs. Watson said. "I have a publicist but because of the pandemic she cannot promote my work as she has... Read more →

(Camden City, NJ) – The Camden County One-Stop is a dedicated resource center for individuals seeking quality information on available employment and training programs, as well as how to access those opportunities and services. With the coronavirus pandemic continuing to affect gatherings and in-person services in New Jersey, the Center is providing many of its services virtually. “The economic toll of this pandemic has been devastating for families and individuals throughout Camden County, but the One-Stop Center is continuing to work with our residents seeking employment opportunities or training,” said Freeholder Jonathan Young, liaison to the One-Stop Center. “The Center now... Read more →

; Tennessee Primary Sets Up Likely Republican Woman Pick-Up in U.S. House As of today, 243 women have secured nominations for U.S. House seats in the 2020 election, a new record high, according to the Center for American Women and Politics, a division of the Eagleton Institute of Politics at Rutgers University. The previous record of 234 was set in 2018. Primary contests have yet to be held in 13 states, so this number is expected to rise. A record 74 Republican women have already won nominations for U.S. House seats in 2020. Their previous record of 53 was set in... Read more → 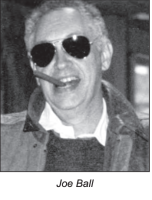 by Joe Ball | CNBNews Contributor There was a death in my immediate family recently. It ended a close relationship of over 11 years. My car died. My Mercury Grand Marquis, which joined my household in April 1998, died suddenly. No warning. No sputtering. Just dead. What turned out to be my last time with the car was a solo drive from Phila. to Ventnor, NJ ., down the Atlantic City Expressway. Average of 70 + miles per hour. No problem. I parked on Martindale Ave. Ignition turned off. Then moments later, following a request to park around the corner on... Read more →

mvitaleAugust 5, 2020 The Atlantic County Animal Shelter has announced its next free rabies vaccination clinics for dogs and cats at 240 Old Turnpike Road in Pleasantville. Erica Cleary June 7, 2002 - May 14, 2015 A canine clinic is scheduled for Sunday, Aug. 23 and a feline clinic is scheduled for Sunday, Aug. 30. Both will be held 9 a.m. to noon, by appointment, with a limit of three pets per appointment. Appointments may be made online at www.aclink.org/animalshelter. Clinics are animal-specific so cats cannot be brought to the dog clinic and vice versa. Dogs must be on leashes and... Read more →

Posted by CNBNewsnet on Monday, August 10, 2020 at 10:30 AM in Atlantic/Cape May COUNTIES, Consumer News, DOWN THE SHORE, South Jersey | Permalink | Comments (0)

August 7, 2020 image courtesy of Jacob Y. HARRISBURG―Attorney General Josh Shapiro today announced that the Pennsylvania Office of Attorney General has entered into an Assurance of Voluntary Compliance (AVC) with Super Gigante/West Norriton Farmers Market, located at 1930 W. Main Street, Norristown, PA, after receiving tips that the store was selling 24-bottle cases of water at double the normal price after a State of Emergency was declared in Pennsylvania by Governor Wolf. Although Super Gigante voluntarily returned the price to normal, it was only after over 140 consumers had paid an unlawful doubled price. “Although we appreciate that Super Gigante... Read more → 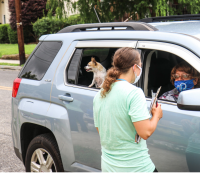 By Mary McCusker Photo by Mary McCusker Cristina Chillem, Director of Health and Wellness for Catholic Charities, Diocese of Camden, speaks to a woman at the agency’s food distribution on July 24 in Penns Grove. It was one of 34 food distributions that Catholic Charities has held in South Jersey in recent months to serve those who are suffering from unemployment and other financial challenges brought about by the pandemic. Pablo Hernandez was one of the 61 individuals who came to Catholic Charities’ office in Penns Grove on July 24 to pick up food, undeterred by the heatwave and intermittent drizzling.... Read more → 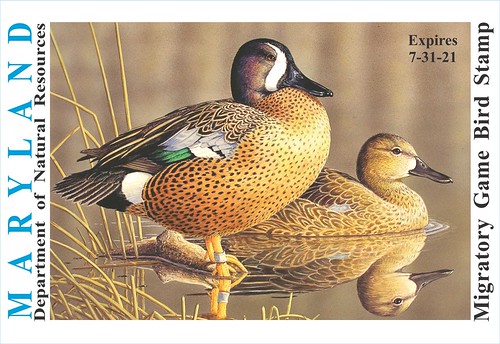 Original Work Submissions Taken Until Nov. 10 2020-2021 Maryland Migratory Game Bird Stamp designed by Jeffrey Klinefelter Artists are invited to submit their original works for the annual Maryland Migratory Game Bird Stamp design contest from now until Nov. 10, 2020. The winning entry will appear on the 2021-2022 Migratory Game Bird Stamp hunters purchase to hunt migratory game birds in Maryland. All entries must be original works, neither copied nor duplicated from any previously published paintings, drawings, prints or photographs. The contest is open to both residents and nonresidents. Each contestant may submit up to three entries with a fee... Read more →

Independence Mall photo by D. Cruz PHILADELPHIA, PA--American presidents have developed an affinity for Philadelphia, where they’ve tossed out the first pitch, danced, schooled, cut ribbons and challenged Americans to be better. Here are just a few highlights of presidential moments in the city from the very first inaugural address in 1793 through the present day: Presidential Visits (in reverse chronological order): Presidential candidate Joe Biden, and former vice president, chose Center City, Philadelphia as the site of his 2020 presidential campaign headquarters and held his campaign kickoff rally on May 18, 2020 at Eakins Oval in front of the Philadelphia... Read more →

Since Early June More Than 100 NYPD Officers Injured in Protests

JAKE DIMA AND SPENCER LANDISCONTRIBUTOR August 07, 20203:02 PM ET Approximately 111 New York City Police Department (NYPD) officers have been injured in demonstrations across NYC’s five boroughs since June 10, a law enforcement spokesperson told the Daily Caller News Foundation. A total of 461 NYPD officers have been injured since the start of violent demonstrations on May 26 that followed the death of George Floyd, who died after a police officer knelt on his neck for over eight minutes, NYPD spokesperson Sgt. Mary Frances O’Donnell told the DCNF in an email. NYPD First Deputy Commissioner Ben Tucker told the city... Read more →