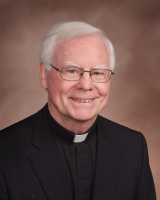 admin Camden City, NJ (July 2, 2020)--Bishop Dennis Sullivan announces that Msgr. Michael J. Doyle, the longtime pastor of Sacred Heart Parish in Camden, will retire on July 15. Msgr. Doyle, 85, has been pastor of Sacred Heart since 1974, a time when he was known for his opposition to the Vietnam War. During his time at Sacred Heart he founded the housing non-profit Heart of Camden; hosted a visit by Saint Teresa of Kolkata; and built support for his South Camden parish among Catholics who live in the suburbs. An eloquent advocate for the poor who is renowned for... Read more →

by Laurel Slater, Manager of Communications, Walt Disney World Public Affairs With just eight days until we reopen our first theme parks at Walt Disney World Resort, tens of thousands of cast members have been straightening up our nametags (and grabbing our face coverings!) as we begin to return to work. As we count down to the phased reopening of our theme parks, we’re looking forward to welcoming our fellow cast members home to begin training in preparation for reopening. And this week, that special moment finally arrived for a group of our theme park cast members as they put... Read more → 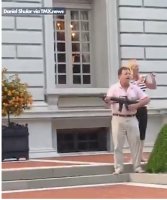 Who Is Kimberly Gardner, the St. Louis prosecutor investigating gun-toting couple? Video St. Louis couple seen pointing guns at protesters marching toward mayor's home Couple claims some protesters were armed, broke gate, threatened them. The standoff between a gun-toting couple who stood in their front yard and protesters who marched through the private neighborhood is under investigation, according to St. Louis Circuit Attorney Kimberly Gardner's office. Gardner, who was elected in 2016 on a platform of reforming the criminal justice system, was reportedly backed by liberal billionaire George Soros. ST. LOUIS COUPLE WHO BRANDISHED GUNS BEING INVESTIGATED AFTER CLASH WITH... Read more →

FBI Programs Support a Global Effort to Save Children from Harm

source Federal Bureau of Investigation (FBI) (July 3, 2020)--With every report to the National Center for Missing & Exploited Children and every law enforcement investigation dealing with child sexual abuse material, a largely unseen—but urgent—effort begins to identify and aid the child or children being harmed in the images. It is an effort that relies on technology and painstaking investigative work—where details as small as a baseball cap or a soda cup have provided the clues that allowed investigators to find a child. At the FBI, the Endangered Child Alert Program (ECAP) works alongside Operation Rescue Me to explore every... Read more → 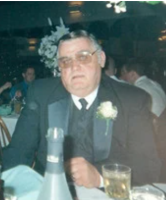 AUDUBON, NJ--Robert S. Chew Sr. age 75 years of Audubon died Tuesday June 30, 2020 in his home. Mr. Chew was born in Camden, raised in Gloucester City and lived in Gibbstown and West Deptford for many years. He was a past member of the Sportsmen’s A.C. Club in Gloucester City. Mr. Chew enjoyed attending his children’s sporting events while they were growing up and he was an avid “Gray Raider” at Paulsboro football games. He is survived by his children, Robin Chew-Fisher of Audubon, Robert Jr. and Lisa Chew of Gibbstown and Kevin Chew of Gloucester City; 10 grandchildren;... Read more →

Anthony A. Campellone, of Bellmawr, 66 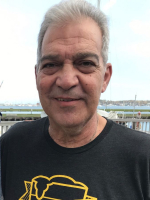 Anthony A. Campellone, on June 30, 2020, of Bellmawr. Age 66. Beloved husband of 42 years to Judy (nee Milan). Devoted father of Tina Marie Campellone, Joseph Dominic Campellone and Anthony John Campellone. Grand "Peow" to many loving pets. Brother-in-law of Tony Milan (Karen), Connie Sunderhauf (Jim) and their families. God Father of Michael Sunderhauf. Anthony worked for various casinos in Atlantic City, NJ and most recently worked for Valley Forge Casino and Resort. There will be a visitation on Monday from 10am to 11:45am at GARDNER FUNERAL HOME, RUNNEMEDE. Memorial service at 11:45am, at the funeral home. Interment private.... Read more → 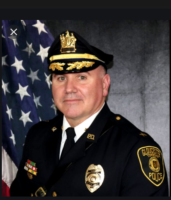 The best trading Bots on the Bitcoin market

(Gloucestercitynews.net)(July 3, 2020)--Bitcoin crypto-currency has become big business. As people start to lose faith in traditional investments and the strength of the stock market, there has been in a boom in people investing in and buying crypto-currency. But working the crypto-currency market requires time and skill, which most normal people don't possess. Even people with the necessary skill-sets won't want to spend 24 hours a day in front of a computer screen; the required time to trade successfully. This is where Bots come in. They are designed by top-level finance groups and run on detailed and complex algorithms. The market... Read more → 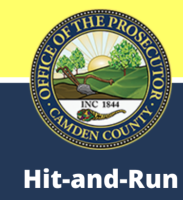 Camden City, N.J. – Detectives are investigating a fatal hit-and-run that happened early Thursday morning in Camden, according to Acting Camden County Prosecutor Jill S. Mayer and Camden County Police Chief Joseph Wysocki. Camden County Police responded to a report of a car crash on the 1000 block of Diamond St. shortly after 1 a.m. on July 2. When they arrived, they found Florence Polini, 36, of Burlington, lying in the roadway with serious injuries. Polini was transported to an area hospital where she died from her injuries. Witnesses said a red SUV hit Polini and a parked car in... Read more →

Maryland Fishing Report – July 1 by Keith Lockwood Maryland Department of Natural Resources Elizabeth Lee went crabbing with her parents and is contributing to the crab feast with this catch. Photo courtesy of Elizabeth Lee The Fourth of July holiday weekend means outdoor adventure seekers will be out in droves. Be safe and use common sense — if you’re boating, use a personal flotation device and never boat under the influence of drugs or alcohol. For all anglers, remember also to keep a social distance and avoid crowded areas. The Maryland Department of Natural Resources offers a final license-free... Read more →

Food Safety Education Staff Consumer Inquiries (888) 674-6854 WASHINGTON, July 3, 2020 – Many Americans will be celebrating the Fourth of July outdoors this year a little differently, with celebrations at home, including backyard barbecues and picnics perhaps with only your household. No matter how you’re celebrating the Fourth of July, the U.S. Department of Agriculture’s (USDA) Food Safety and Inspection Service (FSIS) encourages you to make food safety and other public health recommendations a part of your celebration. “Foodborne illness can increase during summer because of the warmer temperatures and extended time spent outside,” said Dr. Mindy Brashears, the... Read more →

CHERRY HILL, NJ – Celebrate the 4th of July with an Independence Day Cruise at Silver Diner! Rev up your engines and head on down to Silver Diner, located at 2131 Route 38 in Cherry Hill, on Saturday, July 4 from 10 a.m. to 2 p.m., rain or shine. The show is open to cars, trucks and corvettes of all makes and years. No pre-registration or entry fee is required. All attendees and participants must adhere to COVID-19 social distancing guidelines and wear a face mask. This year, the car show will not award trophies, and instead will focus on... Read more →

Posted by CNBNewsnet on Friday, July 03, 2020 at 10:00 AM in Atlantic/Cape May COUNTIES, DELAWARE, DOWN THE SHORE, Games, MARYLAND, New Jersey , South Jersey | Permalink | Comments (0)

Cybersecurity Threats to Stay Away From

(Gloucestercitynews.net)(July 3, 2020)--The value of information in the modern world can not be overestimated. Each company is dependent on its data. If critical corporate data gets lost or damaged, a company will face enormous financial and repetitional losses. Danger can come both from inside and outside. Hackers try to breach corporate systems and steal valuable data. Yet sometimes, your colleagues may unconsciously initiate a cyber attack. Awareness is the first step toward better security. So let's take a look at three significant cybersecurity threats and how to avoid them. Shadow IT Shadow IT can be described as the use of... Read more →

A Pennsylvania COTA Family is Celebrating National Aunts & Uncles Day in a Big Way July 1, 2020 -- July 26th is recognized nationwide as National Aunts and Uncles Day, which is a day when family members are encouraged to acknowledge their special uncle/aunt relationships. This July 26th, a Pennsylvania transplant family will definitely be celebrating with Uncle John who recently gave their son (his nephew) a portion of his liver … and the chance to celebrate his second birthday this month as well. Nicole and Andre Sutanto welcomed their first child, Conrad, into the world in late July 2018.... Read more →

New president announces personal salary cut, donations “in the spirit of shared sacrifice” On his first day as the 21st president of Rutgers University, Jonathan Holloway said he will take a 10 Jonathan Holloway, 21st president of Rutgers University. Photo: Nick Romanenko//Rutgers University percent pay cut “in the spirit of shared sacrifice that this moment requires.” In addition to the pay cut, Holloway will personally donate $75,000 to the Scarlet Promise Grants program to help meet the needs of the university’s most economically at-risk students. The president also will direct $125,000 in presidential discretionary funds to kick off a $10... Read more →

Anti-Spam Protection Worth Every Cent

(Gloucestercitynews.net)(July 3, 2020)--Technology is developing at a breakneck speed. However, spam is still ubiquitous. It is found in mailboxes, blog comments, and registration forms. Spammers cause irritation whatever their goal. Be it product promotion or phishing, their messages are never welcome. Suspicious traffic is a nuisance for website owners. Luckily, they can use powerful anti-spam solutions. These weapons come at a reasonable price and offer good value for money. Check current offers on https://cleantalk.org/price-anti-spam and see for yourself. So, what can this software do? Mission of Spambots Most people know what spambots are after: they post automated comments. But what... Read more →