A Perfect Father's Day in Maryland, Fishing with Your Sons 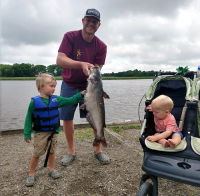 Camden City, N.J. – Homicide detectives are investigating the death of a man who was found with severe head trauma in Camden early Thursday, according to Acting Camden County Prosecutor Jill S. Mayer and Camden County Police Chief Joseph Wysocki. Police responded to the 1100 block of Kaighn Ave. in Camden shortly after midnight to a report of an unresponsive man in the alleyway. When they arrived, they found Bobby J. Hill Jr., 63, suffering from multiple injuries to the head. Hill was transported to... Read more →

Guest Opinion: Two of the Worst Political Leaders in NY History Get Creamed in Court 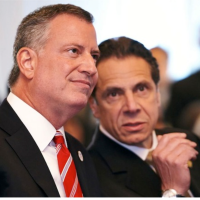 DE BLASIO AND CUOMO EXCEEDED THEIR AUTHORITY Bill Donohue | CNBNews Contributor Catholic League president Bill Donohue comments on a judicial decision just handed down that is of utmost importance to people of faith: Protesters can take to the streets, some violently, and that is okay by Mayor Bill de Blasio and Gov. Andrew Cuomo—the mob does not have to abide by social distancing rules—but religious New Yorkers cannot congregate in their houses of worship lest they imperil the public health. de Blasio and Cuomo... Read more →

Surrounded by her loving family, at home, Gale passed peacefully on June 22, 2020 at the age of 62. Born in Pottsville, PA on May 28, 1958 to the late Irvin and Kathryn Kehler (nee Else). Loving mother of Tiana Sweda (Jonathan), PJ Sweda (Elizabeth), Kaylee Sweda (Maurice) and the late Matthew Sweda. Cherished grandmother of Colby Sweda, Kierrah Lopez and Jayce Lopez. Also survived by many loving brothers, sisters, nieces and nephews. Gale worked many years as the General Manager of the Holiday Inn... Read more →

The Center for American Women and Politics (CAWP), a unit of the Eagleton Institute of Politics at Rutgers University, is proud to announce the launch of the online CAWP Women Elected Officials Database, a first-of-its-kind tool for exploring and analyzing women's current and historical representation in the U.S. political system. The CAWP Women Elected Officials Database includes every woman officeholder in U.S. history at the federal, statewide elected executive, and state legislative levels. This tool expands on the officeholder database that CAWP has long kept... Read more →

WASHINGTON, DC (June 26, 2020)--– U.S. Congressman Donald Norcross (NJ-01) voted yes to H.R. 7120, the George Floyd Justice in Policing Act, which passed through the House of Representatives this evening. This transformative legislation reimagines the culture of policing in America with unprecedented reforms to build greater trust between law enforcement and our communities. “I stand with my community and all those around the nation calling for justice following the senseless murder of George Floyd, along with real, meaningful change to the American policing culture... Read more →

On June 16, 2020. Of Barrington and Formerly of Gloucester City. Josephine was born in Mt. Holly, NJ to the late Howard and Susan (Collins) Roberts. A homemaker she was the wife of the late, Vaughn F. Mehrer who died in 2005. She is survived by her sons, Russell Mehrer (Barbara), Howard Mehrer (Karen), Joseph Mehrer (Dina); grandchildren, Angelea, Frank and Katelyn, and her great grandson, Jayden. Burial will be private at the family’s convenience. There will be no visitation or service. Contributions may be... Read more →

Tune in Today to Gov's Awards in Arts

Trenton, NJ: — On Friday, June 26th at 5pm, the annual New Jersey Governor’s Awards in Arts Education program will celebrate its 40th Anniversary virtually. Tune in to the NJ Governor's Awards in Arts Education's YouTube channel at 4pm to watch the LIVE virtual Red-Carpet Countdown hosted by 2020 Award recipients Jocelyn Jeffries and Jasmine Livingston followed by the virtual award ceremony starting at 5pm. The prestigious Governor’s Awards are hailed as the highest honor in arts education in the state by national and statewide... Read more →

TO THE POINT: CAMDEN CITY NJ (June 26, 2020)--– Through grit and perseverance, Carmen Day overcame hurdles to become an attorney. As a teenager, Day pleaded with a Camden judge to reduce her probation sentence for a mistake she made, vowing to the judge that she would make a better life for herself, and that he might one day see her as a lawyer in his courtroom. “I have always had a passion for justice and equality,” says Day, a Camden native. “I believe I... Read more →

Should Christopher Columbus Statue Remain in Place at Marconi Plaza?

Christopher Columbus Monument and Railing Sculpture of Nina Pinta and Santa Maria in Marconi Plaza source Wikipedia PHILADELPHIA PA (June 25, 2020)--Like many communities across the country, Philadelphia is experiencing a reckoning about the legacy of systemic racism and oppression in this country. Part of addressing that history is putting a spotlight on what historical figures deserve to be commemorated in our public spaces. One figure that has come into question is Christopher Columbus and the statue erected in his honor that sits in Marconi... Read more →

Ocean County Superior Court Judge Francis R. Hodgson has issued a temporary order of restraint to Holtec, stopping all decommissioning activities at Oyster Creek Nuclear Generating Station. Lacey Township, the community where the nuclear plant is located, filed a complaint against Holtec International and Holtec Decommissioning International in late May. Holtec is also under criminal investigation by the NJ Economic Development Authority for misrepresenting information on its 2014 tax credit application. “There are serious concerns with the Holtec and the decommissioning of Oyster Creek. From... Read more →

Posted by CNBNewsnet on Friday, June 26, 2020 at 11:30 AM in AUTHOR MYSTERY CONSUMER, Announcements/Classifieds, Atlantic/Cape May COUNTIES, Current Affairs, DOWN THE SHORE | Permalink | Comments (0)

photo courtesy of Postal Times MORRIS TOWNSHIP NJ--A mail truck in Morris Township caught fire on Saturday and some vote-by-mail ballots being delivered to voters were destroyed, the New Jersey Globe has learned. The U.S. Postal Service notified Morris County election officials on Monday morning that an undetermined number of ballots were burned. These were ballots being delivered to voters and not completed ballots on their way to the Board of Elections, although it’s not immediately clear if the letter carrier picked up any returned... Read more →

Down The Shore: Plastic Bags Cannot Be Part of Your Recycling Waste Stream

AVALON, NJ--The Avalon Department of Public Works reminds you that plastic bags cannot be part of the recycling trash stream in Cape May County. This County participates in single stream recycling, where all clean recyclables can go into one container. However, if your container contains plastic bags, it will not be collected by Avalon’s trash and recycling contractor. And, if you put a bag full of recyclables into the regular trash can, it creates two issues for the Borough. First, the Borough pays for additional... Read more →

Posted by CNBNewsnet on Friday, June 26, 2020 at 10:30 AM in Atlantic/Cape May COUNTIES, Current Affairs, DOWN THE SHORE, South Jersey, YOUR MONEY | Permalink | Comments (0)

GLOUCESTER TOWNSHIP, NJ--The American Red Cross reports that 69% of young children who drown were not expected to be in or near water. Learn how to reduce the risks: Top Things to Know Secure your pool with appropriate barriers. Designate a water watcher, and stay in arm’s reach of young children. Install anti entrapment drain covers and safety release systems to protect against drain entrapment If a child is missing, check the water first How to Create a Safer Home Pool or Hot Tub Secure... Read more →

The Green Phase in Philadelphia Coming in July

Philadelphia is on track to enter the green phase of reopening in early July. Our strategy is working: Daily case counts are falling, residents are wearing masks, and the number of patients hospitalized with the infection is steadily dropping. When we begin the green phase, not all activities can restart right away. Philadelphia will still restrict some activities that are allowed by the Commonwealth of Pennsylvania, and we’ll have stricter guidance for some of the newly reopened activities. As Philadelphia Public Health Commissioner Dr. Tom... Read more →

(Gloucestercitynews.net)(June 26, 2020)--There is a veritable sea of talent out there as far as web designers are concerned, with carefully crafted websites and domains. The competition is fierce out there, and to make it big. It would help if you thought outside the box, which is going to increase your visibility. The following post is about the tips you need as a designer, to integrate your passion with your social media to raise awareness and profile for your concern. A brief intro about the use... Read more →

June 25, 2020 by Shameka L. Walker Attorney, Division of Consumer & Business Education, FTC After nearly three months of stay-at-home orders, America is starting to open up again. Contact tracers, the folks who work for state health departments to try to track anyone who may have been exposed to COVID-19, are an important part of our road to recovery. But some scammers are pretending to be contact tracers so they can profit off of the current confusion. They’re trying to steal your identity, your... Read more → 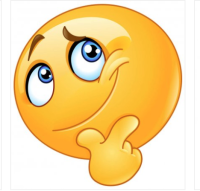 Editor's Note: This has circulated on the internet for 20 years if not longer. It has been attributed to several internet sites along with the London Times. The earliest we can find is in 1998 on Lori Borgman website. and also to Lori Borgman, author, columnist, and speaker. In these troubling times the words below seem more appropriate than anytime in our history. ~ Today we mourn the passing of a beloved old friend, Common Sense, who has been with us for many years. No... Read more → 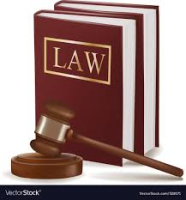 HARRISBURG –The United States Attorney’s Office for the Middle District of Pennsylvania announced that Kenneth Hoffman, age 57, of Mechanicsburg, Pennsylvania, was Gloucestercitynews.net files sentenced on June 23, 2020, by United States District Court Judge Christopher C. Conner to two years’ probation and to pay a $9,700 fine for structuring cash deposits. According to United States Attorney David J. Freed, between 2014 and 2017, Hoffman deposited over $2 million in cash into various bank accounts which were just below $10,000 to avoid having his cash... Read more →

in Romance Fraud Scheme CAMDEN, N.J. – A husband and wife from Burlington County, New Jersey, were charged today with conspiring to defraud more than 33 victims into mailing and wiring more than $6 million to them and other conspirators after their conspirators met and wooed the victims on online dating sites, U.S. Attorney Craig Carpenito announced. Martins Friday Inalegwu, 31, and Steincy Mathieu, 24, both of Maple Shade, New Jersey, are charged by complaint with one count of conspiracy to commit wire and mail... Read more →