Learn how leading charter schools can adapt to COVID

June 22, 2020 while providing students with an outstanding college and career readiness experience Many leading charter schools are increasingly focused on collegiate and career outcomes, investing in programs and staff development to support their graduates not only in making it to college, but also in preparedness for career success. COVID-19 has added a layer of adapting student success strategies in a new reality that requires providing support in remote and hybrid settings and navigating heightened career and post-secondary uncertainty. We are excited to present a panel of education leaders who are working to continue graduate success even in the... Read more →

Camden City N.J. – A Runnemede woman has been charged in the June 22 shooting death of her boyfriend, according to Acting Camden County Prosecutor Jill S. Mayer and Runnemede Police Chief Paul Dailey. Brandy Lee, 33, of Runnemede, has been charged with one count of first-degree Murder and one count of third-degree Hindering Apprehension. Detectives said Lee shot 26-year-old Kevin D. Owens III following an argument inside a hotel room on the 100 block of East 9th Ave. around 3:30 a.m. on June 22. Through the investigation, surveillance footage showed Lee was the only person to enter and exit... Read more → 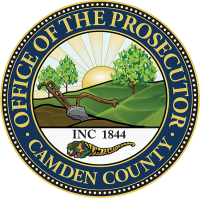 Camden City, N.J. – Detectives are investigating the fatal shooting of a 26-year-old man in Runnemede early Monday morning, according to Acting Camden County Prosecutor Jill S. Mayer and Runnemede Police Chief Paul Dailey. Police were dispatched to the 100 block of East 9th Ave around 3:30 a.m. for a report of a man who had been shot. When they arrived, they found the man suffering from a gunshot wound. He was transported to an area hospital where he later died from his injuries. No charges have been filed and detectives continue to investigate. The victim’s identification will be released... Read more →

"Policeman" by Paul Harvey done in the style of that wonderful SUPER BOWL commercial "God Made A Farmer". This is a tribute to the many police officers who risk their lives daily. We should never forget who are the first ones we call, when we are in danger. To those who are calling for defunding police departments hopefully before you do anything that foolish you will listen to this tribute to the men in blue. video submitted by Jan Ferry RELATED: Officer Down Memorial page CNB Crime Blue Line CNBNews Tips and Snippets CNBNews Point of View BREAKING NEWS published... Read more →

Filling Your Summer Bucket List With Things To Do In Gloucester

(Gloucestercitynews.net)(June 22, 2020)--Gloucester City, founded in 1686 and known for its unique blend of agricultural, industrial, culinary and residential offerings, is also a popular choice for tourists visiting NJ over the spring/summer season. Right now things may be at a standstill, but by this time next year, things will be a lot brighter, and you can get to fulfilling your dream of a fun, outdoorsy summer vacation in Gloucester. It always pays to plan ahead, so take a look at some suggested activities and ensure you have all you need to make the most of fun beneath the Gloucester City... Read more →

By Dave Lemery | The Center Square (The Center Square) – A decline in the price of natural gas has forced a substantial decrease in the disbursement of impact fees to Pennsylvania municipalities, the Public Utilities Commission revealed this week. More than $200 million will be paid out to communities, counties and state agencies from 2019’s revenue, the PUC said. But that amount is tens of millions down about 20 percent from the 2018 numbers. “This year’s distribution is approximately $42.6 million lower than last year, driven primarily by the average price of natural gas in 2019 ($2.63 per MMBtu)... Read more →

as Direct Connection project advances Left lane will be closed on Route 42 northbound (Trenton) - New Jersey Department of Transportation (NJDOT) officials today announced the I-295 northbound Exit 26 ramp to I-76 westbound and the left lane on Route 42 northbound will be closed for three days as the Direct Connection project advances in Bellmawr, Camden County. Beginning at 9 a.m. tomorrow, Tuesday, June 23, until 3:30 p.m., and repeating daily through Thursday, June 25, NJDOT’s contractor, South State, Inc., will close the I-295 northbound Exit 26 ramp to I-76 eastbound in conjunction with a left lane closure on... Read more →

NORTH BRUNSWICK, N.J., June 20, 2020 /PRNewswire/ -- The following is an open letter from the National Association of Social Workers in New Jersey. The Trump Administration's executive order (EO) on police reform is inadequate to respond to the longstanding crisis of systemic racism in policing. It does not mandate national use of force guidelines, ban chokeholds or greatly curtail no-knock warrants nor does it attribute African Americans' risk for bodily harm or death during a police encounter to systemic racism. Ending systemic racism cannot be achieved with a single act of Congress. Numerous reforms are needed at all levels.... Read more → 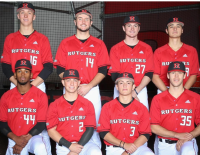 I would like to thank our eight seniors for their commitment to our program and for their individual and group athletic and academic accomplishments over the past four or five seasons. They have represented Rutgers baseball with class both on and off the field and are well prepared to start the next phase of their professional lives. We are extremely proud of them and we congratulate them all and wish them the very best going forward! Head Coach Steve Owens STEVEN ACOSTA | RHP | WEST NEW YORK, N.J. Career Highs IP: 4.0, vs. Indiana State (3/23/19) SO: 4, vs.... Read more →

William E. Cleary Sr. | CNBNews INJUNCTION REQUEST BY ATILIS GYM OWNERS DENIED--U.S. District Judge Robert B. Kugler, a New Jersey federal judge, declined on Friday, June 19, to grant an Gloucestercitynews.net files injunction to the Atilis Gym, Bellmawr, and allow it to operate. The Atilis owners argued, according to Law 360, that gyms have been arbitrarily excluded from the types of businesses allowed to open during the states' phased reopening. The owners filed a suit last month alleging that NJ Gov. Phil Murphy of randomly deeming some businesses essential while declaring others, such as gyms, non-essential, NJ.com reported. The... Read more → 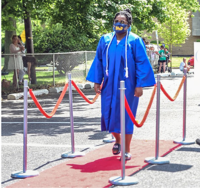 By Mary Beth Peabody A graduate walks the red carpet during the ceremony at Saint Rose of Lima School, Haddon Heights. - Parades, balloons, lawn signs, gift bags and other surprises went a long way to bring joy to graduating eighth graders in South Jersey Catholic Schools. Due to social distancing guidelines in place at the time of graduation, the schools planned virtual graduation and awards ceremonies, with a live event for diploma distribution. In some places, like Saint Rose of Lima School in Haddon Heights, that meant rolling out the red carpet. “I think it was a lot more... Read more → 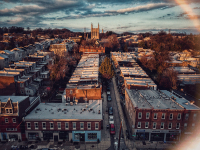 Philadelphia, PA, June, 2020 - The first city-wide health impact assessment of the estimated effects of a tree canopy initiative on premature mortality in Philadelphia suggests that increased tree canopy could prevent between 271 and 400 premature deaths per year. The study by Michelle Kondo, a Philadelphia-based research social scientist with the U.S. Department of Agriculture Forest Service, and her partners suggest that increased tree canopy or green space could decrease morbidity and mortality for urban populations – particularly in areas with lower socioeconomic status where existing tree canopies tend to be the lowest. The study, "Health impact assessment of... Read more → 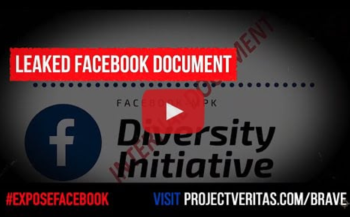 Reflections on Lessons Learned from Heaven-Lee Hudson by Pam Matusz, C3 Teacher I am proud of Creativity CoLaboratory Charter School graduating eighth grader, Heaven-Lee Hudson, for organizing a BLM march in her community of Penns Grove. Heaven-Lee has been raised participating in and observing the peaceful protests organized by her father. So, when she felt the need to represent herself and her peers, it came naturally for her to organize her Youth March against police brutality. Heaven-Lee invited me to her march. The theme of ‘action over hashtags’ was prevalent in our classroom this year. During our weekly current-events Socratic... Read more →

(Gloucestercitynews.net)(June 22, 2020)--You may wonder, "how do professional gamblers make money?" These players make as much as they do by spending a large amount of money. Professional casino players take gambling very seriously and practice responsible gambling. You can easily grow your knowledge on different strategies via Youtube videos or from researching pro gambler tips that can also be found on CasinoPortugal.Online. Gambling is based on chance as many online casinos make use of RNG's to ensure fair play. Some players spend so much time playing online casino games that they eventually venture on as professional casino players. Victoria Oliveira... Read more →

TRENTON, N J — Allaire State Park in nearby Wall is among 12 state parks, forests and recreation areas where tent-style camping will resume on June 22, with social distancing and the wearing of face masks encouraged. The other Monmouth County state park opening is Cheesequake in Old Bridge. While Allaire will be allowed to operate at 90 percent capacity—with 41 campsites opening — Cheesequake will be at 60 percent capacity with 27 open sites. Also opening will be High Point State Park, Jenny Jump State Forest, Stokes State Forest and Worthington State Forest, all in the northern region; Spruce... Read more →