UPDATED/CORRECTED CORRECTION: Tajee Almon (TJ) IS A RESIDENT of Gloucester City and a graduate of Gloucester High. Our information that he was from Sicklerville came from one of his social media pages. TJ said Vanessa Lamb was the organizer of the event and that he was just a helper. William E. Cleary Sr. | CNBNews Gloucester City, NJ (June 5, 2020)--A "Black Lives Matters Protest" will be held in Gloucester City on Sunday starting at Proprietors Park and marching north down King Street to Monmouth Street, east on Monmouth Street to the Library Parking This flyer about the event is... Read more →

In-Person Transactions Will be Limited; Customers Encouraged to Use NJMVC.gov TRENTON – Governor Phil Murphy and Chief Administrator Sue Fulton of the New Jersey Motor Vehicle Commission (MVC) today announced plans for a phased reopening of MVC facilities to the public following closures due to the COVID-19 pandemic. The reopening will proceed in a way that safeguards public health and safety, bringing many changes and improved efficiencies to Commission operations. “With the phased reopening of the Motor Vehicle Commission, we’re passing another important milestone on the Road Back,’’ said Governor Murphy. “The MVC is implementing smart, innovative plans to safely... Read more →

(GLOUCESTER CITY, NJ)(June 5, 2020)--The Gloucester City Police announced today that on Saturday, June 6th. and Sunday, June 7th. parking will be prohibited in the 300-unit block of Cumberland Street, both sides, between 8:00 am and 1:00 pm to accommodate virtual graduation activities at Gloucester Catholic High School. Signs will be posted and we appreciate everyone’s cooperation. Read more →

(GLOUCESTER CITY, NJ)(June 5, 2020)--Gloucester City Mayor Daniel Spencer released the following statement recently pertaining to several topics involving the COVID-19 regulations. Thursday was a very busy day with several conference calls amongst the Mayors of Camden County and South Jersey. There are many conversations regarding helping our bars/taverns/restaurants to get open as of June 15th for outdoor dining. In Gloucester City we have a Council committee headed up by Councilman Dayl Baile to meet with each interested establishment who will submit a plan for approval. Of course, the biggest concern is making sure the area being used will be... Read more → 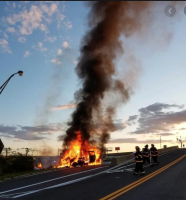 CAMDEN, N.J. – An Atlantic County, New Jersey, man has been arrested on charges that he participated in a riot in Atlantic City on May 31, 2020, following a day of otherwise peaceful protests, U.S. Attorney Craig Carpenito announced today. photo courtesy of Atlantic City police Carlos A. Matchett, 30, of Atlantic City, New Jersey, was arrested June 3, 2020, by special agents of the FBI and is charged by complaint with use of a facility of interstate and foreign commerce, namely, a cellular telephone, and the social media platform Facebook, with intent to participate in and carry on a... Read more → 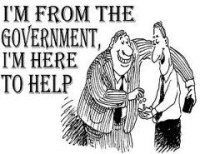 This story was written and produced by NJ Spotlight. It is being republished under a special NJ News Commons content-sharing agreement related to COVID-19 coverage. To read more, visit njspotlight.com. Lawmakers vote along party lines to permit at least $5 billion in new debt to deal with economic fallout of pandemic Legislation that would give Gov. Phil Murphy’s administration the authority to borrow billions of dollars to help offset projected revenue losses brought on by the ongoing pandemic cleared the Assembly Thursday in a party-line vote. TRENTON 'S TAX & SPEND PLAN! Guess who is picking up the tab? gloucestercitynews.net... Read more →

by Frank Miniter/Editor-in-Chief https://www.americas1stfreedom.org/ In an interview with Wired, Joe Biden, the Democratic Party’s presumptive nominee for president, was asked for his “stance on gun control.” Biden summed up what he’d like to do with your Second Amendment rights this way: “Number one: Assault weapons are weapons of death. They have no rationale for being owned by individuals on the street. They should be outlawed. They were eliminated. They came back—we had a 10-year elimination of them. From the very beginning you weren’t allowed to have certain weapons. You weren’t allowed to own a cannon during the Revolutionary War as... Read more →

New Method To Save All Shelter Pets

(NAPSI)—The lives of nearly 733,000 cats and dogs could be saved with the help of caring humans and an innovative Web-based platform introduced this week by Best Friends Animal Society. Envisioned as a tool to help animal lovers help their communities save more pets, the new community lifesaving dashboard combines groundbreaking data visualization technology with the most comprehensive data set on animal welfare ever published. Two years in the making, the tool crowdsources, validates and translates complex data about the dogs and cats in U.S. shelters. It brings an unprecedented level of transparency to the animal welfare movement, unlocking new... Read more →

The Fish Are Jumping in Maryland

June 3, 2020 by Keith Lockwood, Maryland Department of Natural Resources The weather forecast for the next week predicts summer temperatures and offers a wonderful Eight-year-old James Ricasa proudly holds up a crappie he caught while fishing with his family. Photo by Czarlite S. Ricasa time to bring our younger anglers outdoors for some family fishing fun. The Maryland Department of Natural Resources offers license-free fishing days on June 6, June 13, and July 4 — a free option to explore Maryland’s diverse and unique fishing experiences without needing a fishing license, trout stamp, or registration. Finally, a reminder that... Read more →

Release Date: June 3, 2020 PHILADELPHIA – A United Kingdom citizen, plucked from his disabled sailboat in the Atlantic Ocean by a good Samaritan merchant ship, is quickly heading home due to the immediate humanitarian accommodation by Customs and Border Protection (CBP) officers in Philadelphia today. William Brannan was sailing from St. Maarten to the United Kingdom aboard the S/Y Helena when a storm rolled and dismasted his vessel May 22. An international rescue operation started after Brennan energized his Emergency Position Indicating Radio Beacon (EPIRB). The Philadelphia-bound M/T Seaways Reymar, the closest vessel to Brannan, rescued him the following... Read more →

Cooper Hospital: Lend A Hand to Our Littlest Patients

How COVID-19 Has Affected Pediatrics COVID-19 has affected all areas of the hospital and we've had to change policies and procedures which have impacted the patient experience. For children, fear and anxiety can be heightened when they see a nurse or physician completely covered in PPE, unable to share a comforting smile. When children are hospitalized at Cooper, the Child Life Team provides physical and emotional support to our young patients. They prepare children for what to expect, provide distraction during medical procedures, and help children express their feelings through music, play and art. The Child Life Program often uses... Read more → 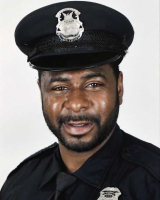 Police Officer Waldis "Jay" Johnson Detroit Police Department, Michigan End of Watch Sunday, May 31, 2020 DETROIT, MICHIGAN--Police Officer Jay Johnson, age 48, succumbed to a gunshot wound sustained on April 30th, 2017, while responding to a domestic violence call at 10075 Joy Road. He and another officer approached a common front door to the apartment complex which was locked. After several minutes of knocking on the door, a man unrelated to the call for service came downstairs, opened the door, and pointed a semi-automatic handgun at Officer Johnson. Officer Johnson immediately grabbed the firearm and began to struggle with... Read more →

Atlantic City, N.J. (June 4, 2020) – Hard Rock Hotel & Casino Atlantic City announced today that the property was named ‘2019 Casino of the Year’ courtesy of Hard Rock International’s (HRI) Hotel & Casino Awards. Located in one of the most competitive gaming markets in the world, Hard Rock Atlantic City topped the charts in brand compliance, gaming shops and online reviews, with a 9.4% increase in Global Review Index from the previous year showing their commitment to exceeding guests travel expectations. The Global Review Index ™ is an online reputation score for hotels, based on data taken from... Read more →

Posted by CNBNewsnet on Friday, June 05, 2020 at 09:34 AM in Atlantic/Cape May COUNTIES, DOWN THE SHORE, ENTERTAINMENT , South Jersey | Permalink | Comments (0)

TRENTON - New anglers and those already hooked on fishing are encouraged to visit their favorite waterway on Saturday, June 6 for the first Free Fishing Day of the year, Department of Environmental Protection Commissioner Catherine R. McCabe announced. Anglers are required to maintain a 6-foot distance from one another and are encouraged to wear face masks or coverings to prevent the spread of COVID-19. Free Fishing Days are held annually in conjunction with National Fishing and Boating Week. Anglers are welcome to fish in New Jersey's public waterways on June 6 without a license or trout stamp, but all... Read more → 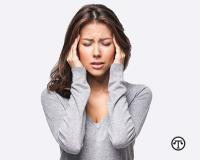 (NAPSI)—There is no question, migraines can be hard to live with and treat. If you’re one of more than 36 million Americans living with migraine, you know that finding just the right acute treatment can be challenging.1 Keeping an open dialogue with your doctor will help make sure that he or she knows what types of migraine symptoms you suffer from so that a treatment plan can be tailored for you. Take this simple challenge to determine your Migraine Treatment IQ: People who suffer with migraine headaches may be relieved to learn about a fast-acting medication. •Do you experience nausea... Read more →

Release Date: June 5, 2020 CHARLESTON, S.C. – U.S. Customs and Border Protection (CBP), Office of Field Operations, at Charleston seaport intercepted potentially dangerous pests in a shipment destined for North Carolina. These termites were stopped by CBP Agriculture Specialist at Charleston Seaport. On May 29, CBP Agriculture Specialists inspected a maritime shipment of stacks of lumber from Cameroon and found pests crawling on the wood. The pests were collected and promptly sent over to U.S. Department of Agriculture (USDA) laboratory for further evaluation. The container was sealed and secured awaiting the USDA report. “This interception of these termites hitchhiking... Read more →