NAACP President to Rioters: "These $%&*( need to go home"

MARLO SAFI CULTURE REPORTER MINNEAPOLIS (May 28, 2020)As protests, riots and looting enter the third day in Minneapolis following the death of George Floyd, police in St. Paul were seen guarding a Target as people throw shopping carts at vehicles. A former president of the National Association for the Advancement of Colored People (NAACP) St. Paul chapter was at the scene Thursday trying to get medication for her daughter, a reporter for MN Reformer captured on video, and she’s seen expressing her anger with the... Read more →

GLOUCESTER CITY, NJ (May 29, 2020)(CNBNews)--The number of bizarre, funny, outlandish calls to the Gloucester City Police Department keep popping up in the department's weekly crime report. For example, a resident found a baby blue jay and wanted police to take care of it; parents needed help because their children locked themselves in their bedroom; a person reported a green substance in a puddle, it was pollen. This week's crime report is below: 05/22 at 1144 a resident of Maple Terrace Trailer Park found a... Read more →

THE AMERICAN LEGION American Legion Post 302 in Oconto Falls, Wis., was instrumental in the creation of the Oconto Falls Veterans Monument, which was dedicated last fall. And on May 25, that same memorial – which bears the names of 450 veterans and their years of service – served as the backdrop for the post’s Memorial Day observation made necessary because of the coronavirus. Oconto Falls, Wis.--Members of Post 302 stood socially distanced in front of the memorial and saluted as vehicle after vehicle, many... Read more →

Scientist Sentenced for Theft of Trade Secrets When scientist Hongjin Tan resigned from the Oklahoma petroleum company he’d worked at for 18 months, he told his superiors that he planned to return to China to care for his aging parents. He also reported that he hadn’t arranged his next job, so the company agreed to let him to stay in his role until his departure date in December 2018. But Tan told a colleague a different story over dinner. That conversation prompted Tan’s employer to... Read more → 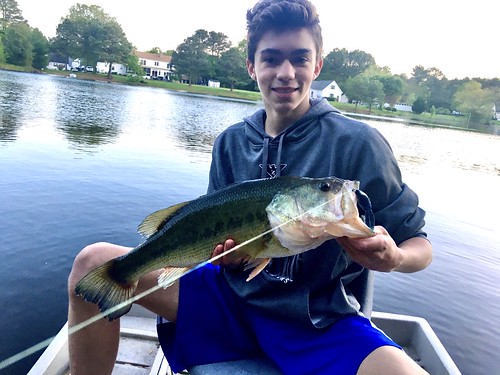 Keith Lockwood Maryland Fishing Report May 27, 2020 Christian Gruber managed to spend some time fishing for largemouth bass in a local pond — and came up big with this 23-inch largemouth bass that he released after a quick picture. Photo courtesy of Kirk Groves Maryland is beginning to settle into something resembling summer, and anglers are out safely enjoying the outdoors. As we continue doing our part to keep transmission of COVID-19 to a minimum, please remember to check our website to find the... Read more →

10 Indicted for Drug Sales in Pittsburg and Beyond

PITTSBURGH, PA – Ten residents of Allegheny County, Pennsylvania, have been charged in three separate, but related, Indictments with violations of the federal narcotics and firearms laws, following a months-long investigation into narcotics trafficking in the City of Pittsburgh and greater Allegheny County region, United States Attorney Scott W. Brady announced today. The Indictments, returned on May 19, are related to the narcotics trafficking activities of several associates of a neighborhood street gang known as "11 Hunnit" operating in the Hill District neighborhood of Pittsburgh... Read more →

Is SBObet safe to play? 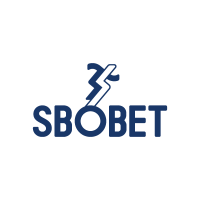 By Jack Gallagher Introduction (Gloucestercitynews.net)(May 29, 2020)--SBObet was found in 2004. SBObet is famous for online betting. The site has got a gambling license, so it is fully legalized, and they have all the right to operate themselves as an international sports gambling casino. SBObet is one of the top online casinos and sports betting service providers for the Asian handicap betting. SBObet has a powerful presence in European and Asian countries. image courtesy of unsplash.com What makes SBObet the safest website to bet on... Read more → 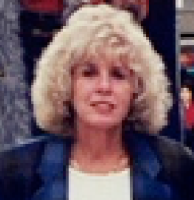 Carole L. Allen (nee Lane) Pitman, N.J.-- Carole L. Allen (nee Lane), age 74, died May 18 at her home in Pitman. Born in Woodbury and raised in Brooklawn, she graduated from Gloucester Catholic High School in 1963 and had lived in Pitman for the past 52 years. She was employed by Clearview Regional High School as the Secretary to the Vice Principal, where she was well liked by the faculty and students, and retired in February 2019. She was a member of Our Lady... Read more →

Posted by CNBNewsnet on Friday, May 29, 2020 at 10:30 AM in Atlantic/Cape May COUNTIES, DOWN THE SHORE, General/Political News, South Jersey | Permalink | Comments (0)

The President of Montclair State University notified the NJ DEP of the university’s intent to close the School and return the management of the property to the state, effective July 1, 2020. This could potentially result in permanent closure of the School of Conservation. The School of Conservation is located in Stokes State Forest and has been open since 1949 and managed by Montclair State University since 1981. The New Jersey Sierra Club have sent a letter to Commissioner McCabe asking for help and to... Read more →

Warren, NJ (May, 2020)—As policymakers plan for school reopening in the fall, Arts Ed NJ joined 53 other organizations in a statement that supports an arts education for all students. In the statement, “Arts Education Is Essential,” the signing organizations convey that the arts have already played a pivotal and uplifting role during the health crisis, and that arts education can help all students, including those who are in traditionally underrepresented groups, as students return to school next year. “Arts Education Is Essential” speaks to... Read more →

(Video) Prosecutors, "There is evidence that does not support a criminal charge"

Minneapolis, Minnesota-- (May 29, 2020)----At a press conference Thursday, Mike Freeman, county attorney for Hennepin County, condemned the actions of white cop Derek Chauvin as 'horrific and terrible', but said prosecutors needed to determine if he used 'excessive' force when he knelt on the black man's neck for eight minutes until he passed out and later died. 'That video is graphic and horrific and terrible and no person should do that,' he said. 'But my job in the end is to prove he violated a... Read more → 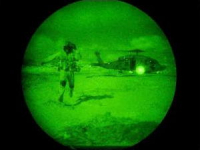 GLOUCESTER TOWNSHIP NJ--May 20, at approximately 0215 AM, Gloucester Township Police patrol officers and detectives were conducting enhanced patrol and plainclothes surveillance operations in reference to a series of unsecured vehicle burglaries that were occurring overnight in the area of Hilltop West NOPTIC Spotlight allows one to see what is hidden in the dark Gloucester Township NJ. K-9 Officer Ptl. S. Centrone #274, was utilizing his NOPTIC Spotlight System (Nighttime Optical Thermal Imaging Camera), equipped inside his patrol unit. The NOPTIC system is always on,... Read more →

NEWARK, N.J. – A Morris County, New Jersey, man today admitted maliciously calling in a bomb threat to a religious institution, U.S. Attorney Craig Carpenito announced. James Triano, 38, of Pompton Plains, New Jersey, pleaded guilty by videoconference before U.S. District Judge Kevin McNulty to an indictment charging him with maliciously conveying false information about an explosive. According to documents filed in this case and statements made in court: On March 21, 2017, Triano called a religious institution in Livingston, New Jersey. He told a... Read more →