Hirsh Singh Calls for Opening NJ and Exposes Democrat Infiltration of GOP LINWOOD, NJ — Hundreds of people joined Republican candidate for United States Senate Hirsh Singh in chanting "Shame on Phil Murphy" at Point Pleasant in New Jersey, which was the site of the 'Freedom March of NJ' on Memorial Day. A number of speakers and supporters gathered at the site of the protest to demand that New Jersey be opened immediately, but the star of the show was easily Hirsh Singh, who enthused... Read more →

PORTLAND, OREGON--A renowned Antifa militant who publicly celebrates attacks on law enforcement is getting a cash settlement from a big U.S. city after claiming in a federal lawsuit that his civil rights were violated during a violent protest with his fellow extremists. The incident occurred in August 2018 when hundreds of radical leftists, including masked Antifa militants, confronted police and conservatives in downtown Portland, Oregon. Rowdy demonstrators used pepper spray against police and threw fireworks, bottles, rocks and ball bearings, according to a local news... Read more →

“Mental Health Advocate” Amy Kennedy Continues to Duck and Dodge Association with Corrupt Health Care Company [May 27, 2020 – Longport, New Jersey] Amy Kennedy’s links to Wellpath continue to come under fire, as mounting information has now been publicly levied showcasing the company’s mental health practices, including depriving patients with mental illness of their psychotropic medication and lacking needed mental health services in a variety of locations around the country. Since first announcing as a candidate for Congress, Kennedy has made mental health the... Read more → 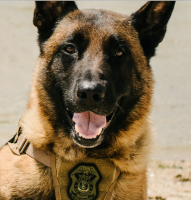 K-9 Vos has first drug alert while on patrol CAPE HENLOPEN STATE PARK, DELAWARE--DNREC Natural Resources Police Park Rangers arrested a Rehoboth Beach man on multiple drug and other charges Memorial Day at Cape Henlopen State Park after park rangers found two subjects in a closed primitive camping area. At around 4 p.m. May 25, Rangers approached and questioned the individuals, who were burning a fire in a campsite fire pit, and found Ricky C. Gardener, 37, of Rehoboth Beach to be in possession of... Read more → 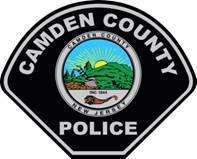 (Camden City, NJ) – In recent weeks, the Camden County Police Department has focused on making our streets and our neighborhoods safer for pedestrians and other drivers by targeting illegally operated off-road vehicles. To date in 2020, the department has impounded a total of 70 ATVs, dirt bikes and other off-road vehicles being operated illegally and dangerously on city streets and in parks and other public spaces. A total of 148 traffic summons have been issued to the operators of these vehicles. The department is... Read more →

It’s time state government stops picking winners and losers MULLICA HILL – Gloucester County Republican freeholder candidates George W. Shivery, Jr., Chris Konawel and Nick DeSilvio said today it is time to “let commonsense prevail and smartly get the state reopened.” “While we acknowledge there has been some progress made toward reopening, far too many folks are still out of work, still having issues with unemployment and struggling to pay their bills, as a state we have to do better.” George W. Shivery, Jr. said,... Read more →

PHILADELPHIA – United States Attorney William M. McSwain announced today that Branden Coluccio, 32, of Doylestown, Pennsylvania, has been sentenced to 37 months in prison for conspiracy to commit health care fraud. As part of his sentence, he was also ordered to pay restitution in the amount of $3,070,157, forfeiture in the amount of $110,000, and an additional $15,000 fine. United States District Judge Wendy Beetlestone presided over the sentencing hearing in Philadelphia via video teleconference. This scheme involved Liberation Way, a drug and alcohol... Read more →

CNBNews Contributor (Gloucestercitynews.net)(May 26, 2020)--It’s always a treat when Windy Wilson stops by the Mule Barn for a cup and a visit with us. He got all settled in while we waited for him. “Now you fellas know it shore ain’t perlite to interrupt a guy when he’s educatin’ the kids, right? A real gentleman wouldn’t do it. But that didn’t slow down this weird young guy who was visitin’ one of our hometown girls. “I think she met him in college where he was... Read more →

A generous donation of baked goods coordinated by the Bakery Confectionery Tobacco and Grain Millers International Union will be the highlight of a food distribution sponsored by the New Jersey State AFL-CIO and its affiliated unions, the Casino Reinvestment Development Authority and the Community FoodBank of New Jersey. Union volunteers will again gather at Bader Field in Atlantic City on Thursday, May 28, from 10 a.m. to 2 p.m. to distribute emergency food kits to fellow union brothers and sisters, as well as members of... Read more →

Posted by CNBNewsnet on Wednesday, May 27, 2020 at 11:30 AM in Atlantic/Cape May COUNTIES, COMMUNITY EVENTS, Consumer News, DOWN THE SHORE, Food and Drink, South Jersey | Permalink | Comments (0)

by Colleen Tressler Consumer Education Specialist, FTC You’ve probably been hearing a lot about contact tracing. It’s the process of identifying people who have come in contact with someone who has tested positive for COVID-19, instructing them to quarantine and monitoring their symptoms daily. Contact tracers are usually hired by a state’s department of public health. They work with an infected person to get the names and phone numbers for everyone that infected person came in close contact with while the possibly infectious. Those names... Read more →

but the state still trying to 'save lives' By Kim Jarrett | The Center Square (The Center Square) – A “post mortem” is needed on the state’s coronavirus response but “we’re still working 24/7 to save lives,” New Jersey Gov. Phil Murphy said Tuesday as the state Senate plans to establish a commission to review the state’s handling of COVID-19. A vote on the commission will come in the next few weeks, Senate President Steve Sweeney and Senate Republican leader Tom Kean said in a... Read more →

Pets News: Adding a Furry Friend to your Family

by Namukolo Kasumpa International Fellow, Division of Consumer & Business Education If you’ve been thinking about adding a pet to your family, now may be a good time. In addition to pets offering unconditional love, companionship, and amusement, studies have shown that the bond between people and their pets has health benefits. Regular walking or playing with pets can decrease blood pressure, cholesterol levels and triglyceride levels. Finding a pet may be a little different during the pandemic. While many shelters, rescue leagues and breeders... Read more →

WalletHub Study: NJ The State With The Worst Health Infrastructure for COVID-19

COVID-19 has exposed weaknesses in the country’s healthcare system, from supplies to staffing to bed counts, but issues have been far from uniform across the U.S. To find out which states were most prepared going into the pandemic, the personal-finance website WalletHub today released its report on the States with the Best Health Infrastructure for Coronavirus, as well as accompanying videos. To identify which states have the best health infrastructure, WalletHub compared the 50 states across 14 key metrics. Our data set ranges from the... Read more →

(Gloucester County, NJ)—Gloucester County’s local economy continues to benefit from growth in the higher education, medical and logistics industries according to Moody’s Investors Service. Moody’s is an independent rating agency that reviews historical and current financial data, practices, and planning capabilities of Governmental Agencies. An independent rating agency’s opinion strongly matters when it comes to the financial health marketability of financing loans and long-term debt by achieving the lowest possible interest on borrowing. “The county’s management team is extremely hands-on in controlling daily operations across... Read more →

Marielle Bricker / Ballotpedia via The Center Square Eight states are holding statewide primaries on June 2, 2020: Idaho, Indiana, Iowa, Maryland, Montana, New Mexico, Pennsylvania, and South Dakota. CNBNews graphics file \Four states did not originally plan to hold primaries on this date, but postponed them amid the coronavirus pandemic. Maryland and Pennsylvania’s primaries were originally scheduled for April 28, Indiana’s primary was scheduled for May 5, and Idaho’s primary was scheduled for May 19. Three states are holding their primaries largely by mail... Read more →

(Gloucestercitynews.net)(May 27, 2020)--In our modern lives, most of us focus so heavily on work and other things that we never seem to have time for fun. When we have some leisure time, we tend to sit in front of our TV or computer than engage in fun, rejuvenating play as we did in our childhood. But the thing is that play is not just essential for kids; it can be an important source of relaxation for adults as well. Playfulness leads to creative thinking and... Read more →

Rep. Norcross Releases Information About How To Order Groceries Online With SNAP Neighbor, Families across the country are struggling to put food on the table as the COVID-19 pandemic continues to take a devastating toll on employment and the economy. No one should have to worry about whether they can afford to feed their families. Today, I want to provide you with some information on food security resources and updates to SNAP (Supplemental Nutrition Assistance Program) benefits in New Jersey. Ordering Groceries Online with SNAP Beginning next week, New Jerseyans on SNAP will be able to shop... Read more →