CRIME REPORT GLOUCESTER CITY, NJ (May 22, 2020)--Gloucester City Police, on May 15, were dispatched to the area of Broadway and Chambers for a male pointing a handgun while inside of the vehicle. An officer observed the suspect vehicle turning onto Bergen Street as the call was being dispatched. A motor vehicle stop was conducted on Burlington and Somerset Streets. Darrell Jenkins (37) of Sicklerville was placed under arrest after officers observed a fully loaded handgun and CDS inside of the vehicle. There were also... Read more →

CNBNews April & May Cheers and Jeers

"No matter what happens, or how bad it seems today, life does go on, and it will be better tomorrow." ~MAYA ANGELOU JEER--Did you see the massive graffiti (right-hand top of photo)on the ramp on the 295 Missing Moves project in Bellmawr? Those responsible have added to the cost of the $180 million projects since their scribble will have to be removed. A Hiss! Boo! to whoever is supposed to be keeping the vandals away from that area. No doubt the police are spending their... Read more →

What are the narrative essay writing help tips?

(Gloucestercitynews.net)(May 22, 2020)--People who have devoted themselves to writing essays know that choosing the right way of expressing ideas can sometimes be difficult. Depending on the title and the main purpose of the essay, it can be written in a narrative, descriptive style, or example discussion. Each style demands to follow its own principles of composing, such as style, words, literary devices and so on. Each principle may seem simple at first glance, but using them all together can create the essay's atmosphere, and as... Read more →

Nazareth College Dean's List Spring 2020 ROCHESTER, NY (05/20/2020)-- Nazareth College students named to the Spring 2020 Dean's List. Matthew Kaye of Wall Township, NJ (07719) Erin Lonergan of Cinnaminson, NJ (08077) Ethan McAnally of Delran, NJ (08075) A student's grade point average must be at least 3.5 or above, and they must complete 12 credit hours of graded work that semester in order to be included on the dean's list at Nazareth Nazareth College's academic strengths cross an unusually broad spectrum of 60 majors,... Read more →

CHERRY HILL, NJ – U.S. Congressman Donald Norcross (NJ-01) announced today that the U.S. Department of Agriculture will allow households in 13 new states, including New Jersey, the ability to order groceries online with their Supplemental Nutrition Assistance Program (SNAP) benefits. Beginning next week, New Jerseyans on SNAP will be able to shop for groceries online from Amazon starting May 27 and participating Walmarts, ShopRites and The Fresh Grocers starting on May 28. Once operational, online purchasing will be available in 36 states and the... Read more →

PHILADELPHIA (May 21, 2020)--– United States Attorney William M. McSwain announced today that Domenick J. DeMuro, 73, of Philadelphia, PA, a former Judge of Elections for the 39th Ward, 36th Division in South Philadelphia, has been charged and has pled guilty to a two-count Information charging (1) conspiracy to deprive Philadelphia voters of their civil rights by fraudulently stuffing the ballot boxes for specific Democratic candidates in the 2014, 2015, and 2016 primary elections, and (2) a violation of the Travel Act, which forbids the... Read more →

In response to COVID-19, procedure changes rolling out nationwide by mid-June WASHINGTON – With the Memorial Day holiday weekend kicking off the start of summer, the Transportation Security Administration is preparing a very different travel season given the evolving COVID-19 pandemic. TSA has implemented changes to the security screening process that reduce the potential for cross-contamination at the security checkpoint in an effort to help prevent the spread of COVID-19. TSA has already begun implementation of these changes – with more to be implemented at... Read more →

Largest and most inclusive graduating class including the largest number of women NEW LONDON, Conn. —The U.S. Coast Guard Academy’s Class of 2020 will be remembered for many things. It is the largest and most inclusive graduating class and includes the largest number of female graduates in the institution's history. They also became the first class to hold a virtual commencement ceremony due to the Covid-19 pandemic. Commencement day activities began at 1 p.m. with recorded congratulatory messages from a host of flag officers, elected... Read more →

Posted by CNBNewsnet on Friday, May 22, 2020 at 11:00 AM in Announcements/Classifieds, Current Affairs, FACE OF DEFENSE, Film | Permalink | Comments (0)

Gloucester Township was fortunate to apply for and receive a grant from the Office of Justice Programs, U.S. Department of Justice “BJA FY 20 Coronavirus Emergency Supplemental Funding Program” to assist in the emergency responses. With these funds a new tool was purchased to help our personnel in their fight against coronavirus, which is the ClorDiSys Lantern UV Disinfection System. This industrial strength light contains ultraviolet C (UVC) bulbs that will easily and quickly kill mold spores, bacteria and viruses in the air and on... Read more →

Programs provide customers with ways to help those financially impacted by COVID-19 MAYS LANDING, N.J. (May 21, 2020) – As COVID-19 continues to present health and economic challenges to our customers in southern New Jersey, Atlantic City Electric wants to remind customers of the Gift of Energy and New Jersey SHARES programs. From helping someone pay their energy bills to giving the gift of energy, these programs provide customers options to help ease the financial impacts of the pandemic. “We’re here to help our customers... Read more →

CAMDEN, N.J. – MAY 21, 2020 – With the spring season in full swing and summer on the way, New Jersey American Water is offering tips to customers to help avoid the water overuse pitfalls that frequently happen this time of year. These tips and insights are designed to help customers save money while alleviating stress on water supplies and infrastructure as we head into the warmer weather months. “More families are home and venturing to their yards to engage in outdoor activities, many involving... Read more →

Five Ways to Set Up An Efficient Workshop

(Gloucestercitynews.net)(May 22, 2020)--Workshops require efficiency. Not just to make any project you are working on more productive, but for the safety of any in the workshop and the longevity of your tools. An efficient workshop is one where you can envision projects and see them through, time and again. Whether you are looking to start your own workshop, or are going to use your time now to revamp your existing one, ensure it has these five components: Shadow Boards Shadow boards are easily one of... Read more →

by Bill Donohue | CNBNews Contributor May 21, 2020 Catholic League president Bill Donohue is calling for a federal investigation of New York Gov. Andrew Cuomo: New York Rep. Elise Stefanik has called for an independent federal investigation of Gov. Andrew Cuomo's response to the way he handled the coronavirus pandemic in New York's nursing homes. We second that. Cuomo is responsible for the nursing home scandal: nearly 6,000 men and women have died in New York State nursing homes as a result of coronavirus,... Read more →

Hospital grounds adorned with words of appreciation Beginning this week, big, bold letter-shaped signs spell the words “HEROES WORK HERE” on the grounds outside all five Virtua Health hospitals. This tribute to health care employees is an expression of thanks from MJ Corp, a Mount Laurel-based company whose co-owner has a personal interest in uplifting Virtua’s workforce. Virtua has worked with MJ Corp, an advertising and sign company, for 10 years. Throughout that time, the company has generously supported many of Virtua’s philanthropic initiatives. More... Read more →

Plan, Ideate, and Take Risks like Boris Wolfman to Make Your Business a Raging Success

(Gloucestercitynews.net)(May 22, 2020)--No entrepreneur wants to launch his/her business and not expect profits! Business isn't about becoming complacent after attaining the initial gains. Instead, it is essential to move ahead and embrace the best technological aid, innovative thinking, and systems to achieve more success, an increased customer base, and returns on investment. If you are an ambitious entrepreneur and want your business venture to attain incremental success, follow the best business practices. There's no substitute for consistent effort, smart thinking, constant innovation, and careful planning... Read more →

Treatment of downstate public ponds for the aquatic weed hydrilla

DOVER, DELAWARE--With inland water temperatures rising and aquatic plants emerging, DNREC’s Division of Fish and Wildlife is treating downstate public ponds for the nuisance aquatic weed hydrilla. Uncontrolled hydrilla can choke the water, crowding out beneficial plant species and preventing fishing and boating access. Ponds being treated this year are Griffiths Pond near Milford, Concord Pond near Seaford, and Wagamons Pond in Milton. Signs are posted at the boat ramp of each pond on the day of treatment. Sonar, registered and approved by the U.S.... Read more →

Posted by CNBNewsnet on Friday, May 22, 2020 at 08:30 AM in Announcements/Classifieds, Current Affairs, DELAWARE, DOWN THE SHORE | Permalink | Comments (0)

Guest Opinion: We Are Still Not Prepared 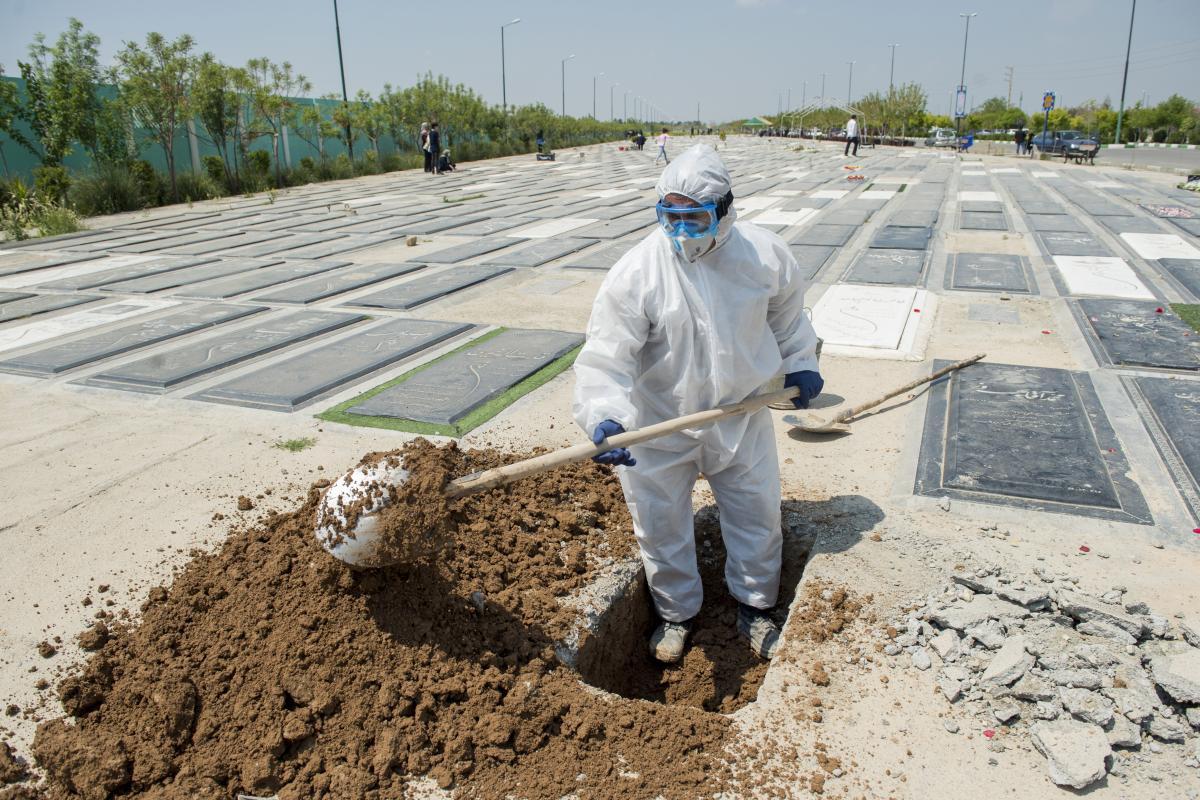 Despite Decade of Warnings, We Weren't Prepared for a Pandemic—And We're Still Not Prepared for the Next One “COVID–19 should serve as a warning of how much worse a pandemic could be—and spur the necessary action to contain an outbreak before it is again too late,” write Michael T. Osterholm and Mark Olshaker. “If the world doesn’t learn the right lessons from its failure to prepare and act on them with the speed, resources, and political and societal commitment they deserve, the toll next time... Read more →