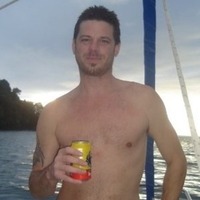 Ocean City, NJ – On February 15, 2020. Age 46. Formerly of Medford. Loving son of Anthony M. and Alice M. DelGozzo. Loving brother of Greg DelGozzo and his wife, Sheryl and Vinny DelGozzo and his wife, Laura. Cherished uncle of Trevin, Josh, Cooper, Alex and Brooklynn. Loving longtime companion of Julie Dash. Also survived by many loving aunts , uncles, cousins and friends. Mike was a graduate of Bishop Eustace High School class of 1992 and received his bachelor’s degree in English from the University of Rhode Island. His interests included music, literature, fishing and surfing. Michael had great... Read more →

Posted by CNBNewsnet on Monday, February 17, 2020 at 08:09 PM in Announcements/Classifieds, Atlantic/Cape May COUNTIES, DOWN THE SHORE, Obituaries, South Jersey | Permalink | Comments (0)

By Bethany Blankley | The Center Square To coincide with the approaching tax season and to help taxpayers evaluate their spending and debt habits, the personal-finance website WalletHub published a ranking of residents’ credit scores in more than 2,500 cities nationwide. WalletHub compared the median credit scores of residents in 2,572 U.S. cities “to give credit where credit is literally and figuratively due,” Adam McCann, financial writer at Wallethub says. Its 2020's Cities with the Highest & Lowest Credit Scores ranked all cities according to TransUnion data as of September 2019. Four New Jersey cities ranked in the bottom: Newark,... Read more → 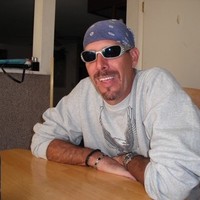 Stanley C. Alcott, Jr., on February 16, 2020, of Bellmawr. Age 50. Beloved husband of Donna (nee Scaffidi). Devoted father of Damian Alcott and cherished step-father of John Gibson and Katie Gibson. Loving son of Joan (nee Carr) and her companion Lou Colavecchi and the late Stanley Alcott, Sr. Dear brother of Denise Fiore (Charles), Sandy Sherlock (Gerald) and Anthony Alcott (Jaci). Also survived by many loved ones and his pets Penny, Luigi and the predeceased Boss. Mr. Alcott loved riding his Harley Davidson and socializing with friends. There will be a visitation from 6 to 8pm Friday eve at... Read more → 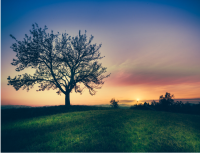 Gloucestercitynews.net (February 17, 2020)--Homeowners in Gloucester City pay an average of $563 for tree planting services, according to manta.com. Trees add aesthetics to properties, keep yards fresh, and prevent flooding. However, as trees age and become large, they pose a danger to the surroundings, and if not mitigated, the accidents can be fatal. Tree hazards may result from storm-related or construction damages. image courtesy of unsplash.com While there are few reports where a car crashes into a tree in the area, when they occur, injuries are often difficult to remedy. If you have trees in your property, it is essential... Read more → 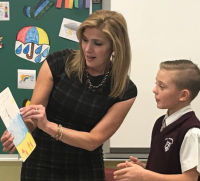 Celebrate Catholic Schools Week came to a close on Saturday, Feb. 1. Throughout the Diocese of Camden, schools sponsored open houses; special liturgies and prayer services; academic competitions and showcases; meals for seniors, volunteers and other special people; events to celebrate diverse cultures; activities to foster community spirit; and an onslaught of service projects. Catholic schools are known for these activities and more throughout the year, so why the need for a concentrated week? For Sister Sheila Murphy, principal at Cape Trinity Catholic School in Wildwood, it’s all about tradition. She remembers the first Catholic Schools Week, 1974. “‘Different Where... Read more →

Gloucester Township, NJ) – While Coronavirus (COVID-19) is in the headlines and a prime topic with medical professionals, the County Department of Health and Human Services says it currently poses little risk to residents in the United States. While the outbreak continues throughout the 22 impacted countries, the county health department is maintaining constant contact with health care providers in the region and state and federal agencies. The department is maintaining contact with local universities and other institutions to monitor and report any new developments. To date, there have not been any confirmed cases of COVID-19 in New Jersey, and... Read more →

HARRISBURG – Attorney General Josh Shapiro announced today that his Office has filed a civil lawsuit against extended automobile warranty company Delta Auto Protect to get money back for consumers and repair shops which fell victim to its car repair scam. Delta is operated by Omega Vehicle Services LLC and its managing member Charles Seruya. The lawsuit alleges the company advertises and sells vehicle service and repair contracts to thousands of consumers in multiple states from a virtual office in Exton, PA, but refuses to honor the contracts it sells and, after accepting payment from consumers, refuses to cover the... Read more →

Customs and Border Patrol agents situated in "elite" and "tactical" teams will be deployed across the country, federal officials said on Friday, with a focus on "sanctuary" cities like Newark. That city's mayor, Ras Baraka, fought back on Sunday. In a statement, he said Attorney General William Barr's approach "will undermine our efforts to build community trust." (Associated Press / NJ.com) MEDICAL CANNABIS MIGHT BE COVERED BY WORKERS' COMP Under a bill advanced by a state Assembly committee on Thursday, workers' compensation must cover medical cannabis treatment, as long as the patient has attempted another type of treatment first. (It... Read more → 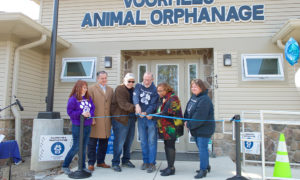 VOORHEES TOWNSHIP NJ--Freeholder Barbara Holcomb joined Voorhees Township Mayor Michael R. Mignogna and community leaders committed to the humane treatment of animals for a special leash-cutting ceremony celebrating the opening of the new, 8,900 square-foot facility. Guests were treated to a celebratory dog parade following the leash cutting. “This is a tremendous development for the more than 1,500 animals served by the VAO each year, who will now have more space and more comfortable accommodations while they wait for their new family,” Holcomb said. “We hope that by expanding its capacity, VAO is able to help even more animals find... Read more →

Asha Degree was 9 years old when she disappeared on February 14, 2000. An age-progressed photo shows what she might look today. Charlotte, North Carolina--It was 20 years ago today that Asha Degree, a shy 9-year-old North Carolina girl, went missing in the middle of the night. The spirited fourth-grader’s disappearance in 2000 shook her rural community of Shelby and remains an enduring mystery, even as police, the FBI, and her family continue to actively search for clues. “After 20 years, I still believe my daughter is alive,” said Iquilla Degree, who, with her husband Harold, still harbors hope that... Read more →

The Freeholder Board is reminding residents that it’s not too late to receive the influenza vaccination. Although flu season started several months ago, the Centers for Disease Control warns that flu activity most often peaks between December and February, and the New Jersey Department of Health is currently reporting high levels of influenza activity in all regions and counties. “Flu season stretches through the winter months, and in some years influenza activity has peaked as late as March” said Freeholder Carmen Rodriguez, liaison to the Camden County Health Department. “That’s why we’re reminding everyone that just because you haven’t gotten... Read more →

(NAPSI)—You may have heard the terms—winter blues, Seasonal Affective Disorder (SAD), Depressive Disorder with a Seasonal Pattern. No matter what you call it, with approximately 17.3 million adults in the U.S. experiencing seasonal depression, according to the National Institute of Mental Health, feeling gloomy this time of year isn’t uncommon—but it can be overcome. The Problem Depressive Disorder with a Seasonal Pattern (formerly called SAD) can affect anyone of any age. Whether you’re a student returning to class, a busy working professional who’s always playing catchup, or even newly retired with found time on your hands, the excitement of the... Read more → February 6, 2020 Annual Survey Estimates Number of Wintering Duck, Geese, and Swans Photo by Orietta Estrada In early January, aerial survey teams of pilots and biologists from the Maryland Department of Natural Resources made visual estimates of the ducks, geese, and swans along most of the state’s Chesapeake Bay, Potomac River, and Atlantic coast shorelines. This year, the teams counted about 627,000 waterfowl, which was higher than the 566,300 birds observed during 2019, but lower than the five-year average of 738,440 birds. “The abundance and distribution of wintering waterfowl is influenced not only by the annual changes in population... Read more → 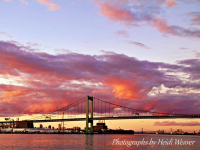 A view of the Walt Whitman bridge, from Proprietors Park, Gloucester City, NJ Photo credit Heidi Weaver Copyright Pending Dawn O Watson/CNBNews Contributor (Gloucester City, NJ)(February 17, 2020)--I live in a small town. No, I wasn’t born here. I was adopted. It’s gritty, my town. Filled with what others might think of as “characters”—folks that have sat at the bottom of one too many sad endings. Folks that are awakened each night by the sounds of the skeletons that hide in their closets, waiting to bust out when they can do the most damage. These are good people. Many are... Read more →

(Video)Why kids who know how to lose get way ahead 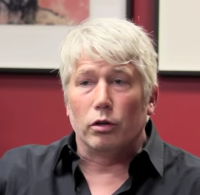 White Supremacist Fred Arena, of Salem Sentenced to Prison for Lying to FBI

PHILADELPHIA – United States Attorney William M. McSwain announced that Fred Arena, 41, of Salem, New Jersey, was sentenced to six months’ Fred Arena (photo courtesy of the Courier Post) imprisonment and two years’ supervised release by United States District Court Judge John R. Padova for making false statements to government agents. Arena, who was an employee of a federal contractor at the Philadelphia Navy Yard and as such was required to obtain a federal security clearance, lied to obtain the clearance. He also subsequently lied to federal investigators who asked him about his answers to questions on the security... Read more →

Gloucestercitynews.net (February 17, 2020)--Auto insurance is a tailor-made product, and your policy is very much your own based on factors that are exclusive to you. It is not a fixed cost and could cost you some good money. Still, you can lower it through better bargaining with the insurance company to get better insurance quotes only when asked for. Having adequate coverage does a lot of good when you face adverse situations that damage the car or injure others and damage property. The insurance policy protects you financially as the insurance company pays out for the damage when you lodge... Read more →

Rev. Todd Johnson, "Trump changed Philadelphia for the better, people are waking up to pandering Dems." PHILADELPHIA, PA (February 15, 2020)--Appearing on "Fox & Friends: Weekend", Reverend Todd Johnson, of the First Immanuel Baptist Church said Saturday the Opportunity Zone in the city of brotherly love -- created by the 2017 Tax Cuts and Jobs Act -- is working. According to the Internal Revenue Service (IRS), Opportunity Zones are designed to spur economic development and job creation in distressed communities throughout the United States by providing tax benefits to investors who invest eligible capital gains by making an appropriate investment... Read more →