Each Pittsburgh Resident Has Liabilities Equaling $15,600 Per Person 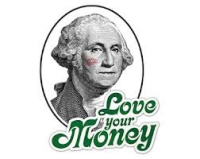 The Center Square Each Philadelphia Resident Has Liabilities equaling $25,500 in liabilities, per taxpayer, according to the same report. Gloucestercitynews.net graphic files Among the 75 most populous cities in the U.S., Pittsburgh ranks 64th for the state of its finances, having $15,600 in liabilities per taxpayer, according to a Truth in Accounting (TIA) analysis of municipal data released last month. Coming in at number 72 is the City of Philadelphia having The nonprofit group, which promotes financial transparency in government, gave Pittsburgh a grade of... Read more → 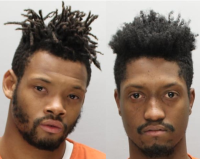 (NAPSI)—As golf remains a significant piece of business and social culture, it’s important for women to feel confident on the course. Knowing the basics of the game could encourage participation in key business decisions taking place on the course every day. Nearly 5 million women play golf these days and if you’re among them—or would like to be—here are a few facts and tips you should know. Lydia Ko, the youngest player in golf history to be ranked No. 1 in the world. Where To... Read more →

Research Also Finds Strong Support for Strengthening Whistleblower Programs While Most Say Leadership Punishments Will Motivate Culture Change Arlington, Va., February 11, 2020 – As Major League Baseball (MLB) pitchers and catchers report to spring training this week, new research finds that the overwhelming majority of Americans believe that the players involved in the Houston Astros cheating scandal should be punished for their actions. Ninety percent of Americans say that players on the team who broke the rules should be punished. There was a slight... Read more →

(Trenton)(February 13, 2020)-- - New Jersey Department of Transportation (NJDOT) officials today announced a series of ramp and lane closures on I-76 eastbound and I-295 northbound as the Direct Connection project advances in Camden and Gloucester counties. Beginning at 10 p.m., tonight, Thursday, February 13 until 5 a.m. tomorrow, Friday, February 14, NJDOT’s contractor, South State, Inc., is scheduled to close and detour the ramp from I-76 eastbound to I-295 southbound to replace damaged concrete construction barrier. The following signed detour will be in place... Read more →

On Tuesday, Gov. Phil Murphy unveiled two public health initiatives to help teenagers — and the educators and professionals tasked with keeping them safe — know what good mental health looks like, and what to do when it veers off course. The Mental Health First Aid Training program will train at least one person in every school district. The idea is to create a credentialing system to embed certified Mental Health First Aid instructors across the state. Additionally, the Department of Education will create a... Read more →

Earlier this month, Michael Bloomberg added to the quarter billion dollar tally he has spent pursuing the Democrat presidential nomination with an $11 million ad that aired during the Super Bowl. It was his highest-profile effort to date in a relentless media blitz meant to familiarize Americans with his name and a “life story” that is more PR ad copy than actual biography. But the ad was perhaps more revealing than Bloomberg intended, showing him to be long on dishonesty and emotional manipulation and short... Read more →

NEW JERSEY SPORTSBOOKS HAVE NEVADA IN REACH WITH IMPRESSIVE JANUARY

(ATLANTIC CITY, N.J.) — After a month of milestones and a new record handle that topped $50 million, New Jersey’s online and retail sportsbooks are positioned to overtake Nevada for the first time since August 2019, according to analysts from PlayNJ.com. “New Jersey could very well top Nevada, not just in January, but for the foreseeable future,” said Dustin Gouker, lead analyst for PlayNJ.com. “And assuming that happens, we could be seeing the beginning of New Jersey’s more permanent place as the top market in... Read more → 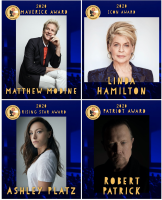 ASBURY PARK, NJ - Celebrating its 18th Anniversary, the artistic philosophy of the Garden State Film Festival is rooted in the celebration of the independent film genre and celebrates this spirit through dramatic screenings and unparalleled film collaborations attracting a diverse audience from around the world. From Wednesday, 25 - Sunday, 29 March 2020 in Asbury Park, New Jersey, GSFF unveils world premieres, Hollywood stars, industry panels, and as a nonprofit enterprise, serves as an added economic engine for Asbury Park’s vitality through art, commerce... Read more → 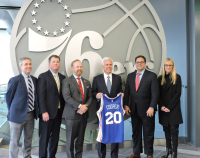 PHILADELPHIA — The Philadelphia 76ers announced a community-focused partnership with Camden’s Cooper University Health Care, the leading academic health system in South Jersey. Cooper is now an Official Partner of the 76ers. “Community engagement is one of our core values and we’re thrilled that this partnership with Cooper University Health Care will create new avenues to positively impact youth in the City of Camden,” Philadelphia 76ers President Chris Heck said. “Basketball has the power to bring people together and drive meaningful growth and change in... Read more →

NEWARK, N.J. – A Hudson County, New Jersey, woman was sentenced today to 135 months in prison for her role in conspiring to distribute fentanyl, which resulted in the overdose of an inmate at a New Jersey State prison, U.S. Attorney Craig Carpenito announced. Jasmir Humphrey, a/k/a “Jasmir Jackson,” 31, previously pleaded guilty to an information charging her with one count of conspiracy to distribute and possess with intent to distribute fentanyl. U.S. District Judge Brian R. Martinotti imposed the sentence today in Newark federal... Read more → 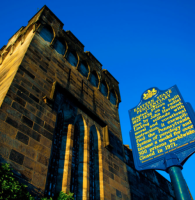 Because of their proximity to the renowned arts and cultural institutions along the Benjamin Franklin Parkway, Philadelphia’s Fairmount, Spring Garden (and increasingly the nearby Francisville and Brewerytown neighborhoods) are often referred to as the “Art Museum area.” The personalities of these historic, laid-back, diverse communities are distinct in their own right. Fairmount is residential, a sort of urban suburb, with many pubs and restaurants and a massive former prison-turned-museum, Eastern State Penitentiary. Between the Parkway and Fairmount, Spring Garden has beautiful Victorian architecture and a... Read more →

Atlantic City, N.J. (February 12, 2020) – Step out of your DeLorean time machine and into Hard Rock Hotel & Casino Atlantic City for 80’s LIVE, a revved up high-energy live-on-stage concert production show taking you back on a fun nostalgic romp through the greatest hits of the 1980s. The creators of Motor City Live and Disco Live invite you to see, hear and feel the decade’s most beloved and enduring music taking center stage Sundays at 7 p.m. in Sound Waves in Hard Rock... Read more →

Posted by CNBNewsnet on Thursday, February 13, 2020 at 09:30 AM in Announcements/Classifieds, Atlantic/Cape May COUNTIES, DOWN THE SHORE, PHILLY & PA. NEWS, South Jersey | Permalink | Comments (0) 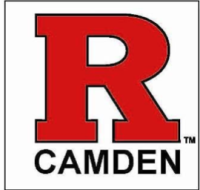 MAHWAH, N.J. (Feb. 12, 2020) – The Ramapo College men’s basketball team received 26 points from senior center Rob McWilliams to lead four players in double figures as it pulled away from Rutgers University-Camden, 74-54, in a New Jersey Athletic Conference game here Wednesday night. Ramapo improves to 14-9 overall and 10-6 in the NJAC with its 10th straight win over Rutgers-Camden. The Roadrunners lead the all-time series, 53-15. The Scarlet Raptors fall to 7-16 overall and 5-11 in the NJAC. In a tight first... Read more → 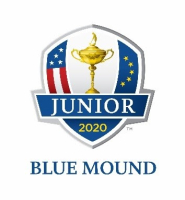 PALM BEACH GARDENS, Fla. (Feb. 13, 2020) – The PGA of America has named PGA Past President Derek Sprague, PGA as the Captain of the 2020 United States Junior Ryder Cup Team. The United States will face Team Europe in the 12th Junior Ryder Cup at Blue Mound Golf and Country Club near Milwaukee, Sept. 21-22. A 2019 inductee into the PGA of America Hall of Fame, Sprague is the General Manager of TPC Sawgrass in Ponte Vedra Beach, Florida, where he has served since... Read more → 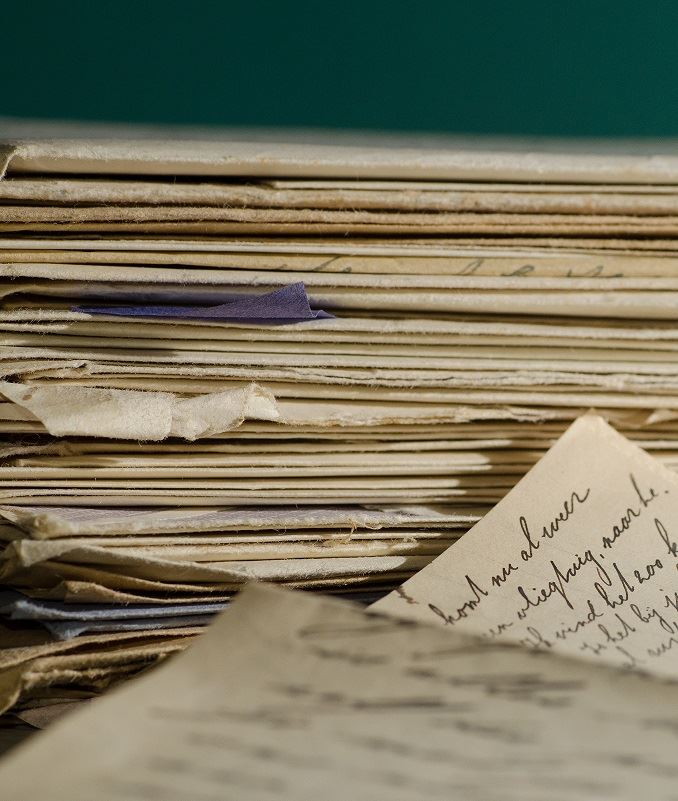 Burlington County Freeholder Director Felicia Hopson announced today that the Women’s Advisory Council is hosting an event to celebrate 100 years of women’s suffrage. The year 2020 marks the 100th anniversary of the passage of the 19th Amendment, guaranteeing and protecting women’s constitutional right to vote. “The performance, Letters to Aunt Hattie, celebrates women’s suffrage as well as the contribution of African-American women to the movement,” said Freeholder Director Felicia Hopson. “This one-woman show is truly inspirational and allows us to reflect on and appreciate... Read more → 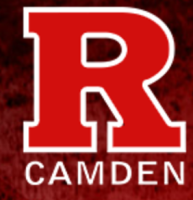 MAHWAH, N.J (Feb. 12, 2020) – The Rutgers University-Camden women’s basketball team went on a 23-11 run in the third quarter, overcoming a one-point halftime deficit, and went on to defeat Ramapo College, 64-55, in a New Jersey Athletic Conference game here Wednesday night. The Scarlet Raptors improve to 12-11 overall and 5-11 in the NJAC with their sixth straight win over the Roadrunners. Rutgers-Camden leads the all-time series, 42-22. Ramapo falls to 9-14 overall and 3-13 in the NJAC with its fifth consecutive defeat.... Read more →

Gloucestercitynews.net (February 13, 2020)--It is unfortunate that some of us have encountered accidents at some point in our lives. In some cases, we are blessed enough for the accident to not inflict any major injury. Sometimes, the injury is incessant enough to linger for longer than anyone would want it to be. Medications, too, seem to cease to credit unsplash.com provide any evident relief. One feels utterly hopeless when even medical science has nothing to offer for a problem so troublesome. But, nature has a... Read more →

Callowhill and Broad is the First of Several New Heart + Paw Locations Opening in 2020 PHILADELPHIA, PA (February 2020) - The future of pet care is coming to Center City Philadelphia! Pet destination Heart + Paw is coming to the city on Saturday, February 29.Launching on the bustling intersection of Callowhill and Broad, this one-of-a-kind integrated pet care center is reimagining the future of pet care by offering veterinary care, grooming and daycare all in one low-stress environment for your four legged family member.... Read more →

[February 13, 2020 - Longport, New Jersey] – In an article published yesterday in the NJ Globe, entitled, “Democrats Who Signed No-Line Pledge Still Seeking Line,” David Wildstein reported on the contradiction that four of the five candidates for Congress in New Jersey's second congressional district have signed a promise to “end the county line,” yet have continued to seek the Atlantic County Democratic line at the same time. Brigid Callahan Harrison The story stated that the pledge, did not “appear to have any teeth”... Read more →

Posted by CNBNewsnet on Thursday, February 13, 2020 at 08:00 AM in Announcements/Classifieds, Atlantic/Cape May COUNTIES, DOWN THE SHORE, General/Political News, South Jersey | Permalink | Comments (0)