MIAMI — The Coast Guard responded to an aground 203-foot cargo vessel north of Fishers Island, Thursday. 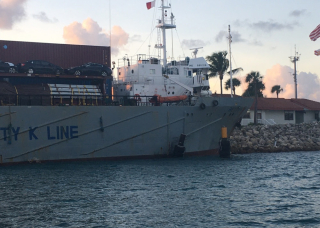 There were no reported injuries, pollution or hazards to navigation.