Posted by CNBNewsnet on Sunday, November 03, 2019 at 05:03 PM in Atlantic/Cape May COUNTIES, DOWN THE SHORE, FACE OF DEFENSE, South Jersey | Permalink | Comments (0) 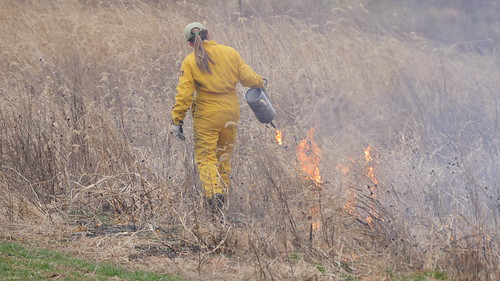 October 31, 2019 Action to Improve Wildlife Habitat, Protect Trees The Maryland Department of Natural Resources plans to conduct a prescribed burn on Dan’s Mountain Wildlife Management Area between Nov. 4 and Nov. 21, weather permitting. Access to the east side of the wildlife management area — at the primitive camping area and at Middle Ridge Road — will be limited during the burn, but will reopen as soon as the project is complete. The burn will involve a low, controlled flame targeting underbrush and ground cover debris, and smoke is expected to be minimal. The purpose of the burn... Read more → 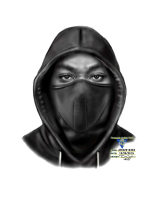 MONTCLAIR, NJ (November 1, 2019)----The New Jersey State Police and Montclair Police Department are seeking the public's assistance with identifying a man wanted for a home Artist sketch click to enlarge invasion/ attempted burglary in Upper Montclair. On Tuesday, October 22, at approximately 1:30 p.m., the suspect broke into a residence in Upper Montclair. The suspect confronted the victim inside and then fled on foot towards the NJ Transit railroad tracks. The suspect is described as a tall black male. He was wearing a mask, which covered the lower portion of his face, a black-hooded sweatshirt and black pants. The... Read more →

SOURCE ICE WAKE COUNTY, NC--U.S. Immigration and Customs Enforcement (ICE) has repeatedly asked local jurisdictions to reconsider non-cooperation policies because those policies put politics before public safety. On Friday, ICE released more examples of foreign nationals with active ICE detainers who have been detained for serious criminal offenses in North Carolina’s Wake County. ICE asks Wake County to transfer these individuals to federal custody instead of releasing them to the community where they may reoffend. ICE maintains that cooperation with local law enforcement is essential to protecting public safety, and the agency aims to work cooperatively with local jurisdictions to... Read more →

CHUCK ROSSINVESTIGATIVE REPORTER November 03, 201912:50 PM ET WASHINGTON, DC (CNBNews.net)--The intelligence community whistleblower who filed a complaint against President Donald Trump is willing to answer questions from Republicans on the House Intelligence Committee in writing, his lawyer said Sunday. The attorney, Mark Zaid, said he reached out Saturday to GOP California Rep. Devin Nunes, the ranking member of the House Intelligence Committee, to offer to provide written answers under oath to Republicans. The proposal would allow Republicans to circumvent the intelligence panel’s Democratic majority, led by California Rep. Adam Schiff, who has unilateral power to call witnesses as part... Read more →

COLLINGSWOOD, NJ--Presented by the Camden County Board of Freeholders in association with BRE and the Borough of Collingswood, the Scottish Rite Auditorium welcomes Roy Orbison & Buddy Holly – The Rock ‘N’ Roll Dream Tour on November 10, 2019. Doors open at 6:30 PM , showtime at 7:30 PM. Accompanied by a live band and back-up singers, this cutting-edge, multi-media holographic performance and remastered audio will transport audiences back in time for an evening of Roy Orbison and Buddy Holly’s greatest hits onstage. Tickets are $79.50, $59.50 and $49.50 Tickets Available from: www.ticketmaster.com or by phone at 1-800-745-3000 Camden County... Read more →

What About Putting People in Harms Way in Fortescue? by New Jersey Sierra Club According to DEP announcement today, a contractor of the agency will begin work next week on an interim project to protect Cumberland County’s East Point Lighthouse from storm surge and flooding. The $460,150 project will be implemented by Cape May County- based Walters Marine Construction, using a grant the State Historic Preservation Office secured from the National Park Service. The interim protection includes using a geotube system. “The DEP is working to protect the historical East Point Lighthouse from sea level rise and flooding. It has... Read more → 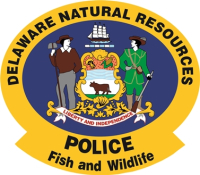 Reminder for the week: Don’t forget to winterize your boats DOVER (Nov. 1, 2019) – To achieve public compliance with laws and regulations through education and enforcement actions that help conserve Delaware’s fish and wildlife resources and ensure safe boating and public safety, DNREC’s Fish & Wildlife Natural Resources Police officers between Oct. 21-27 made 2,028 contacts with hunters, anglers, boaters, and the general public, issuing 13 citations. Officers responded to 49 complaints regarding possible violations of laws and regulations or requests to assist the public. An increased Fish & Wildlife Natural Resources Police presence continued at the C&D Canal... Read more →

One in Three Dogs will Develop Cancer

Cancer is the second leading cause of death globally, and is responsible for an estimated 9.6 million deaths in 2018. But the cancer epidemic is not confined to humans. A growing number of dogs and cats are diagnosed with cancer each year. In fact, about one in three dogs will develop cancer, which is the same incidence of cancer among men, and up to 50% of dogs and cats will be diagnosed with cancer in their lifetime. Each year, veterinary oncologists at BluePearl Specialty and Emergency Pet Hospital consult with approximately 19,800 pets for issues related to cancer. While there... Read more →

How a 100-Year-Old Car Theft Law Led to the Modern FBI A man works on a 1938 Ford Model T. The widespread adoption of autombiles led to the Dyer Act, passed 100 years ago this week, which made interstate vehicle theft a federal crime. (Library of Congress photo) On August 12, 1908, the first Model T rolled off the assembly line at Henry Ford’s plant on Piquette Avenue in Detroit, Michigan. The arrival of the Model T, a mechanical marvel of its time, ushered in a new era of reliable, affordable transportation and travel for the American people. It also... Read more →

OLD WESTBURY, NY (11/01/2019)-- On October 23, Julia Braungart of Southampton was among the 59 students in New York Institute of Technology's nursing program who received their white coats. The Nursing White Coat Ceremony signifies the transition from classroom learning to clinical learning, and represents a formal welcome into the nursing profession. It is held each fall semester of the students' junior year, before beginning their first clinical experience in health facilities. New York Institute of Technology offers 90 undergraduate, graduate, and professional degree programs in more than 50 fields of study, including computer science, data, and cybersecurity; biology and... Read more →

Atlantic City, N.J. (November 1, 2019) – The leaves have fallen, but the fun never stops at Hard Rock Hotel & Casino Atlantic City. Here’s what you won’t want to miss out on at the Jersey Shore go-to entertainment resort destination this November: Veterans Day Hard Rock Atlantic City will be saluting veterans by providing them with free parking, a free buffet, along with a free car wash and coffee at Rocktane® Gas & Wash when showing a Wild Card on Sunday, November 10 and Monday, November 11. A special Wild Card Reward's Veterans Program is open to all active... Read more →

Posted by CNBNewsnet on Sunday, November 03, 2019 at 08:15 AM in Announcements/Classifieds, DOWN THE SHORE, ENTERTAINMENT , PHILLY & PA. NEWS, South Jersey | Permalink | Comments (0) 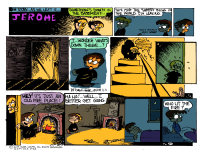 Related: ARTIST Dave Wolfe Vol. 6 No. 20 (November 1, 2019) Editor's Note: Each Sunday morning we post a weekly comic strip provided by cartoonist Dave Wolfe, age 18. Dave has been drawing since he was 5 years old, he knew he wanted to be a cartoonist at the age of 8. He’s been distributing his comics in school since 3rd grade. (click image to enlarge) Read more →