By Josh Lashley | CNBNews Contributor GLOUCESTER CITY NJ (October 17, 2019)--An intriguing match up is set to take place this Friday night, October 18 when the Gloucester City High School football program takes the field on the road against New Egypt. The Lions enter the game with an overall mark of 2-4, having been defeated by a powerful Buena squad last weekend. The Warriors stand at 1-4. “New Egypt is a lot like us- young and scrappy,’’ Gloucester City head coach Rob Bryan said.... Read more → 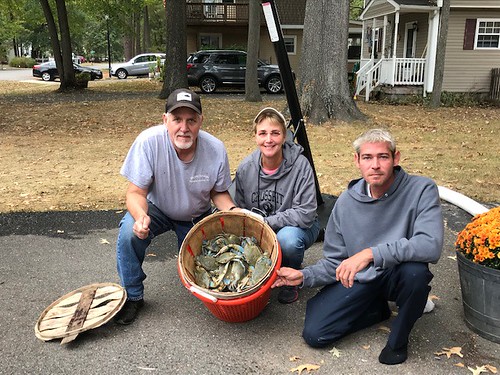 By Keith Lockwood Maryland Department of Natural Resources Photo courtesy of Jim Livingston (October 16, 2019)--Without a doubt we are now in a fall weather pattern, and those sunny days will become less and less frequent. Some are taking advantage of these remaining warm days and catching the last of the Chesapeake Bay’s summer bounty of blue crab. Forecast Summary: Oct. 16 – Oct. 22: The persistent north winds will continue to mix Bay waters from Wednesday through Friday. Surface water temperatures continue to drop... Read more →

PFNA Found in Camden County Town Drinking Water BELLMAWR, NJ (October 17, 2019)--Residents of Bellmawr, Camden County, were notified by their borough that their drinking water contained levels of PNFA that exceeds the safe level that the state is monitoring at. Bellmawr’s water tested 19 parts per trillion for PFNA, where NJ’s standards are 13ppt. Just 8 miles away from Bellmawr is the Solvay Solexis Specialty Polymers plant where most of New Jersey’s PNFA pollution is centered. “The fact that Bellmawr’s drinking water has exceeded... Read more →

152 BEARS KILLED — MURPHY HAS YET TO CANCEL HUNT

The state's still-controversial black bear hunt has already led to the deaths of 152 bears, a tally shows. That's higher than last year's number at this time in the hunt (140 bears). "Governor Murphy has the authority to stop the hunt and other governors have done it, but Murphy has chosen not to," NJ Sierra Club director Jeff Tittel said. "Why isn’t he putting together a non-lethal bear management plan instead of letting another hunt go forward?" (The Record) TAPINTO SUES TOWNSHIP OVER FREEHOLDER DUI... Read more →

Pemberton Drug Dealer Charged with Causing the Death of Customer 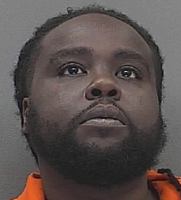 “A global summit should not be used to generate profits for the President or his family, or as a branding exercise” WASHINGTON (October 17, 2019)--– Senator Bob Menendez (D-N.J.), Ranking Member of the Senate Foreign Relations Committee, today sent a letter to President Trump stating his opposition to the decision announced by White House chief of staff Mick Mulvaney to host next year’s G7 summit at one of Trump’s own properties, potentially allowing his companies to profit from an official United States government event. “At... Read more → By Insider NJ | October 17, 2019 | in News On the same day that the Governor’s Task Force examining the use of Economic Development Authority (EDA) tax credits reconvenes at the Trenton War Memorial, The Philadelphia Inquirer released a story with more details about the program under investigation by law enforcement authorities: When Cooper Health System was awarded $40 million in tax credits five years ago to move jobs to Camden from Cherry Hill and Mount Laurel, hospital executives and local officials celebrated the... Read more →

Man Who Targeted Celebrities Sentenced; Simple Precautions Can Keep Your Information Safe Kwamaine Ford traveled in famous circles. He worked for a celebrity and had social media accounts that showed him living a glamorous life, surrounded by well-known people. But Ford, now 28, funded his lifestyle with an illegal hobby—using his knowledge of celebrities to phish their personal accounts and charge the associated credit cards. Between 2015 and 2018, Ford, posing as an Apple customer service employee, emailed various celebrities to ask them to change... Read more →

Helping Your Children Maintain a Love of Sports 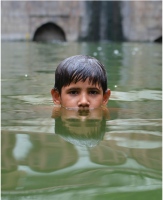 (Gloucestercitynews.net)(October 17, 2019)--Nowadays, parents are encouraging their children to be passionate about sports before they have even mastered their ABCs. While some people might think that it is only overzealous Tiger Moms who are encouraging children to be more involved in sports, it has proven to be a growing trend amongst parenting forums. Aside from the obvious health benefits involved, studies have also shown that children can develop essential life skills from enjoying sports at an early age. If you’re a parent looking to inspire... Read more →

TRENTON, NJ (October 18, 2019)--The Department of the Treasury today released $114 million of the $235 million in spending that had been placed into reserve in July to help maintain a balanced budget and a responsible surplus pursuant to Executive Order No. 73 signed by Governor Murphy. However, there is still $12 million in funding for urban parks and programs that is still frozen. These programs include $4 million for Urban Parks, $4 for the Turtle Back Zoo in West Orange, $250,000 for the Morris... Read more →

by Caroline Chen ProPublica ProPublica is a nonprofit newsroom that investigates abuses of power. Sign up for ProPublica’s Big Story newsletter to receive stories like this one in your inbox as soon as they are published. This story was co-published with NJ Advance Media. NEWARK, NJ (October 2019)--Newark Beth Israel Medical Center placed the director of its heart transplant program on administrative leave Thursday while the hospital awaits the results of investigations into whether a vegetative patient was kept alive to boost the program’s survival... Read more →

Out of the Darkness Bergen County Walk

Raising Awareness of Suicide Prevention Saddle Brook, NJ—Suicide is the tenth leading cause of death in the U.S., claiming the lives of over 47,000 people in 2017. What’s more is an estimated 1,400,000 people attempt suicide each year. Suicide among veterinarians, specifically, has become a growing problem. In fact, veterinarians are up to 3.5 times more likelyto die by suicide than other Americans. Over the last 30 years, research has consistently shown that vets are at significantly higher risk of suicide than the general population,... Read more →

October 16 2019 | Topic: Peoples AG HARRISBURG — This National Bullying Prevention Month, the Office of Attorney General is releasing the TeenTALK Report—a resource guide for students, parents, and educators with recommendations for preventing and intervening in bullying. The report summarizes the feedback gathered during the TeenTALK sessions hosted by the Office around the Commonwealth during the 2018-19 school year. “Bullying is a pervasive issue affecting students across the Commonwealth—1/5 of Pennsylvania students aged 12-18 are bullied on school property each year, and bullying... Read more →

Con Artist Sentenced to Prison for Defrauding Brokers Out of $2.6 Million

in Elaborate Shipping Scam TRENTON - Attorney General Gurbir S. Grewal announced that a man was sentenced to prison today for orchestrating an elaborate shipping scam by which he defrauded five freight brokers out of $2.6 million. The defendant fled the country and was a fugitive for eight years after being indicted in 2011, but he returned in July 2019 and surrendered to the Division of Criminal Justice. Rajendra Patel, 62, who previously resided in Jersey City, N.J., was sentenced seven years in state prison... Read more → 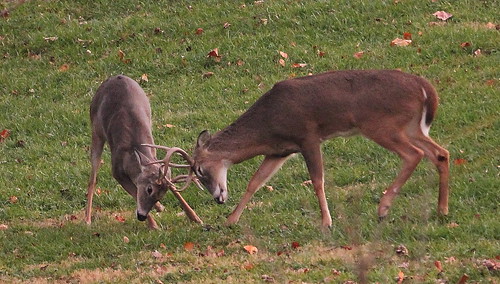 October 16, 2019 Wildlife Activity Ramps up for Fall Photo by Penny Ingles Fall means cool weather and colorful foliage. It can also mean unpredictable wildlife. Deer mating season is right around the corner, and the Maryland Department of Natural Resources urges motorists to stay alert for deer and other wildlife as these animals seek food supplies and mates before winter. “Deer greatly increase their movements during the breeding season from mid-October through November as they search for mates,” Wildlife and Heritage Service Director Paul... Read more →

By Kim Jarrett | The Center Square The American Civil Liberties Union and the League of Women Voters of Pennsylvania filed a lawsuit this week opposing a proposed constitutional amendment addressing victim’s rights less than one month before Pennsylvanians vote. The amendment, dubbed Marsy’s Law, would give victims the right to attend hearings, including bail or bond hearings and ask courts for a new hearing if they did not get to speak at prior court proceedings. The 15 tenets outlined in the proposed amendment amount... Read more → 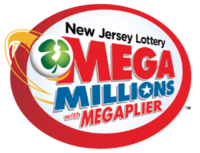 Thousands of New Jersey Players Win Prizes TRENTON (Oct. 16, 2019) – The Mega Millions jackpot has rolled to $71 million! James Carey, New Jersey Lottery acting executive director, announced that in the Tuesday, Oct. 15, drawing, nine players matched four of the five white balls drawn making each ticket worth $500. Two of those tickets were purchased with the Megaplier option, multiplying the prize to $1,000. Moreover, 20,982 other New Jersey players took home $88,466 in prizes ranging from $2 to $400, according to... Read more →

In 2009, FDA Was Sent An E-Cigarette Device With A Warning That A Vaping Crisis Was Coming.

What Happened Next ? October 16, 2019 / KAISER HEALTH NEWS The New York Times: E-Cigarettes Went Unchecked In 10 Years Of F.D.A. Inaction In 2009, not long after Dr. Margaret Hamburg became commissioner of the Food and Drug Administration, a package arrived at her home. Inside was a clunky device called an e-cigarette. “It was my first exposure to this emerging, new technology,” Dr. Hamburg recalled. The package was sent by an antismoking activist as a warning about a product that was taking off... Read more →