CAMDEN CITY, NJ (October 16, 2019)--The Camden County Prosecutor’s Office and Camden County Police Department are seeking the public’s assistance in identifying an individual who may have information on the kidnapping and homicide of a Camden man. Curtis Jenkins III was kidnapped while he was delivering food near the 2800 block of North Congress Road in Camden on June 30, 2019 at approximately 11:30 p.m. The victim was later found deceased on July 2, 2019 on the 1100 block of Liberty Street in Camden. The... Read more → TRENTON, NJ – October 16, 2019 – The New Jersey Democratic State Committee (NJDSC) has launched a Spanish language version of its website to keep the state’s fast growing Hispanic and Latino communities informed about the party’s efforts to build a stronger and fairer state, and to better organize these voters to support Democratic candidates. New Jersey is home to the seventh largest Hispanic population in the country. In New Jersey, that number represents almost 20 percent of the state’s inhabitants. Among this group, there... Read more →

CAMDEN CITY N.J. – Two members of a drug-trafficking organization have pleaded guilty this week to distributing significant amounts of illegal drugs in Camden, U.S. Attorney Craig Carpenito announced. Paul Salcedo, 29, of Camden, New Jersey, pleaded guilty Oct. 10, 2019, and Waldemar Garcia, 33, of Camden, pleaded guilty Oct. 7, 2019, before U.S. District Judge Renee Marie Bumb in Camden federal court, to their respective roles in a drug trafficking conspiracy that was based on the 500 block of Pine Street in Camden. The... Read more → Captain Albert Torres Los Angeles Department of Recreation and Parks End of Watch Saturday, October 12, 2019 LOS ANGELES --Captain Albert Torres suffered a fatal heart attack while patrolling areas affected by the Saddleridge Fire, a wildfire covering over 8,000 acres that destroyed more than 20 homes and prompted mandatory evacuations of 100,000 residents in the area. He had completed a 14-hour shift of patrolling parks and remote areas in the evacuation zone in the San Fernando Valley. He reported back to the command center... Read more → 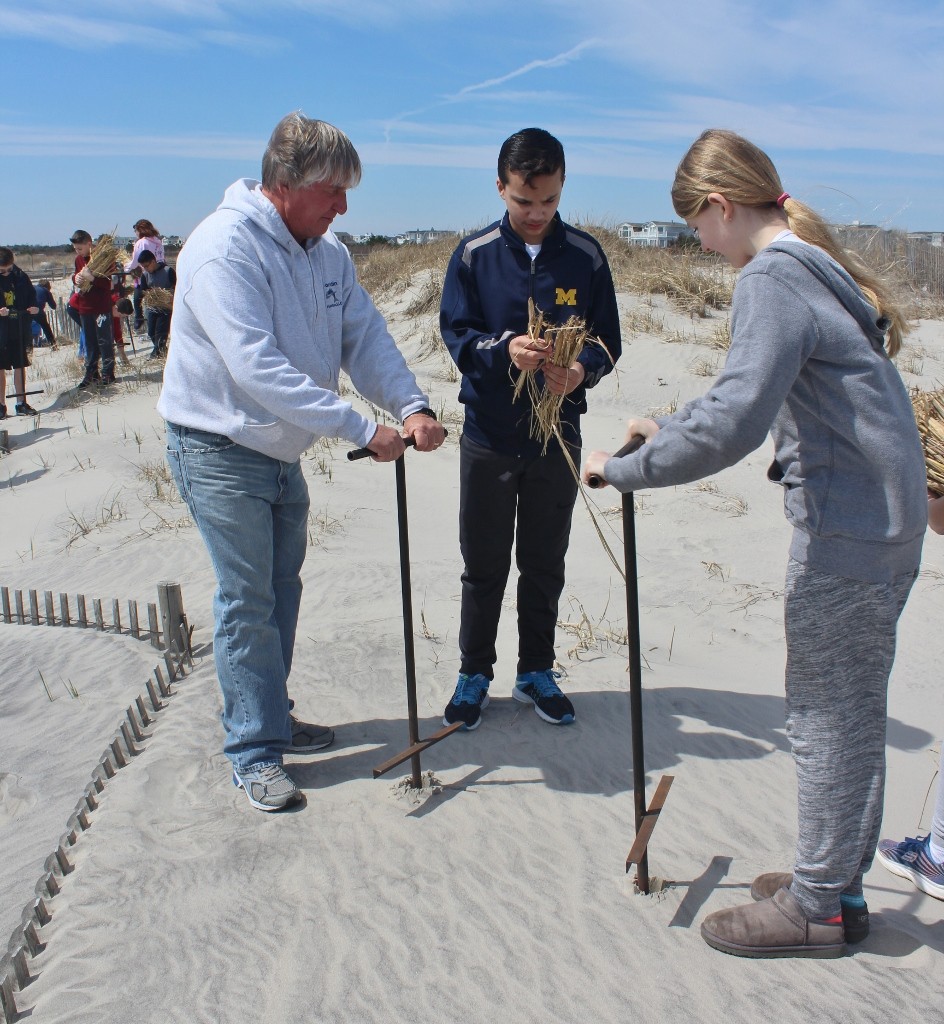 Volunteers are invited to join the Avalon Environmental Commission, Clean Ocean Action, the Avalon Department of Public Works, and the Avalon Department of Recreation for our annual fall dune grass planting event and beach sweep. Both events will be held on the morning of Saturday, October 26th. Please be at Avalon Community Hall, 30th Street and the beach, no later than 8:30am to assist with either event. A complimentary light breakfast will be served and volunteers will be provided a free dune grass planting shirt.... Read more →

Posted by CNBNewsnet on Wednesday, October 16, 2019 at 11:30 AM in Atlantic/Cape May COUNTIES, DELAWARE, DOWN THE SHORE, South Jersey | Permalink | Comments (0)

The Coolest Neighborhoods to Visit in London

Library in London (Gloucestercitynews.net)(October 16, 2019)--If you have your sights set on exploring London at some point in the near future, you will likely not want to miss out on a cool spot to visit. The English capital is comprised of many distinctive neighborhoods, which each offer their own unique style, attractions, and charm. To ensure you don’t look back on the trip with any regrets, here are the coolest neighborhoods to visit in London. Shoreditch If you are looking for a spot that offers... Read more →

Home Country: Squash; One of the English Language Most Painful Words

Slim Randles | CNBNews Contributor Squash. Just listen to that word one more time. Squash … one of the English language’s most painful words, along with maim and trauma and rend and okra and Liberace. Why would anyone want to eat something that sounds as though someone sat on it? The bottom-line truth is, cooks all over the place love a challenge, and they have tried valiantly to turn squash into an edible dish. To do this, they take one tenth of a portion of... Read more →

5 Things to Consider if You’re Thinking of Moving Overseas

(Gloucestercitynews.net)(October 16, 2019)--While you may have a great life in New Jersey, if you’ve always lived in the USA, then you may be thinking about what else is out there. An estimated 9 million Americans live abroad, whether they go to study, work or retire, but it’s not as simple as packing a suitcase and picking a place on the map. Here are some things you’ll need to consider before moving abroad. Work and visas Different countries have different protocols for getting a visa, and... Read more →

Across Most States & Demographic Groups The rate at which Americans died from firearm injuries increased sharply starting in 2015, a new study shows. The change occurred to varying degrees across different states, types of firearm death such as homicide and suicide, and demographics. In all, the United States saw a 14% rise in the rate of firearm deaths from 2015 through 2017, compared with the rate seen in the years 1999 through 2014. During the entire 19-year period, 612,310 Americans died from firearm injuries... Read more → 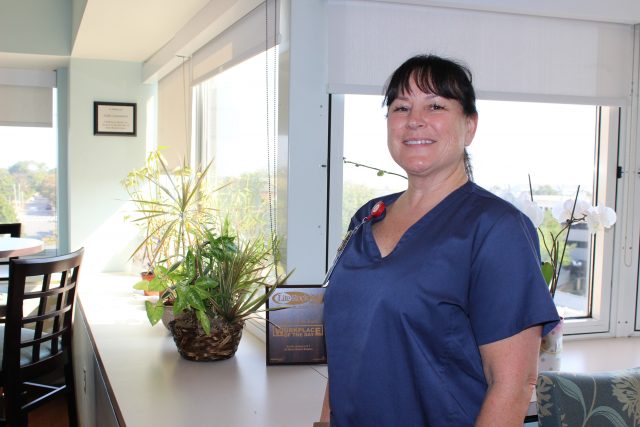 Man Sentenced to Prison for Attempting to Arrange Sex with "Boy, 15"

“Operation Open House” 24 Men Arrested in AG’s 2018 Undercover Operation Targeting Child Predators on Social Media TRENTON – Attorney General Gurbir S. Grewal announced that an Ocean County man was sentenced to prison today for attempting to lure a “15-year-old boy” he met on social media to his residence for a sexual encounter. The “boy” in reality was an undercover police officer participating in “Operation Open House,” a multi-agency undercover operation in 2018 led by the Attorney General’s Office that resulted in the arrest... Read more →

HARRISBURG, PA (October 2019)--- The Pennsylvania Fish and Boat Commission (PFBC) and Pennsylvania Game Commission are warning anglers and hunters to avoid online scams when purchasing their licenses. The warning follows several recent reports of customers paying for licenses through third- party websites not affiliated with either agency, and then never receiving a license. “The only proven, reputable and reliable methods for purchasing Pennsylvania fishing licenses and permits are through the PFBC’s online portal The Outdoor ShopOpens In A New Window or in-person from a... Read more →

Brain maps allow individualized predictions of frontotemporal dementia progression Newswise — In a new study, UC San Francisco scientists used maps of brain connections to predict how brain atrophy would spread in individual patients with frontotemporal dementia (FTD), adding to growing evidence that the loss of brain cells associated with dementia spreads via the synaptic connections between established brain networks. The results advance scientists' knowledge of how neurodegeneration spreads and could lead to new clinical tools to evaluate how well novel treatments slow or block... Read more → 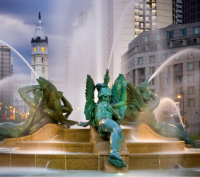 Named for a park-like oasis that is also one of Philadelphia’s five original 17th-century squares, Logan Square best known for the historic boulevard that bisects it. More than a century old, the Benjamin Franklin Parkway, Philadelphia’s version of Paris’ Champs Elysées, stretches from City Hall to the Philadelphia Museum of Art. Preeminent museums such as the Barnes Foundation, The Academy of Natural Sciences of Drexel University and The Franklin Institute line the Parkway, as do residences, hotels and vibrant green spaces. Just one block away,... Read more →