TRENTON (Gloucestercitynews.net)– Attorney General Gurbir S. Grewal today issued the nation’s first statewide directive to law enforcement implementing an “extreme risk” gun safety law. The directive, which applies to all 36,000 law enforcement officers in New Jersey, will make it easier for officers to keep firearms away from individuals who present a significant risk of harming themselves or others. Attorney General Directive 2019-2 – known as the “Extreme Risk Directive”– guides and directs New Jersey’s law enforcement officers on the proper implementation of the state’s... Read more → 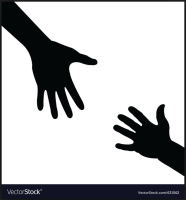 Related: Chalie "The Clip" Closes His Shop After 54 Year Career GLOUCESTER CITY, NJ (Gloucestercitynews.net)--Primo barber Chalie Huber, longtime owner Shapes 'N Forms, 110 S. Broadway, is currently undergoing chemotherapy in Jefferson Hospital, Philadelphia for Leukemia. Needless to say, Chalie's business and livelihood will suffer greatly. His barber chair looks so empty without his faithful customers who call Chalie a "great guy" and "great barber". Friends have set up a GoFundMe account. For more information click here A big THANK YOU to those who have... Read more →

By Jeremy Field In a game with plenty of opportunities for both teams, it was Fargo, N.D., Post 2 which capitalized in a 4-1 victory over Randolph County, N.C., Post 45. The offenses were busy early in this one with constant chances for both teams. It only took three batters for Fargo to make an impact in the top of the first. After a single and an out, Cole Hage hit a bomb to dead center to put Fargo up early. The first two batters... Read more →

Job Opportunity: Part Time School Crossing Guard Applicant must have the ability to: Regulate and direct the movement of school children at a street intersection, paying particular attention to their safety. Must pass a criminal background check and maintain such security clearance throughout employment. Open to Gloucester Township Residents VACANCY FOR PART TIME HOURS (10 HRS PER WEEK) & ON CALL BASIS BACKGROUND INVESTIGATION WILL BE CONDUCTED *Police Support Application must be completed. Applications may be obtained at the municipal building or visiting: https://glotwp.com/job/school-traffic-guard-10-hours-per-week-part-time/ to... Read more →

(Gloucestercitynews.net)--Attention Maple Shade Residents. "NO KNOCK"-"NO SOLICITATION" - Door Stickers are still available! It will continue to be an ongoing program. Come to the MSPD Records Bureau window Monday to Friday 8AM to 4PM or ask any MSPD Officer that you see for one at anytime. The Maple Shade Police Department acknowledges that uninvited door to door sales persons are undesirable to many Maple Shade residents, and have a negative impact on the quality of life that we seek to enjoy. With that in mind,... Read more →

"THE OFFICE! A MUSICAL PARODY" AT THE MERRIAM THEATER

(Philadelphia, PA, August 15, 2019) – Singing! Dancing! Paper! The hit NBC satirical TV series The Office is heading to Philadelphia for an on-stage performance like no other. The Kimmel Center Cultural Campus presents writers Bo and Tobly McSmith’s hilarious, unauthorized musical The Office! A Musical Parody in the Merriam Theater on Saturday, September 28 and Sunday, September 29, 2019. Featuring all your favorite coworkers from Dunder Mifflin and songs including “Welcome to Scranton (The Electric City)” and “That’s What She Said,” this boisterous musical... Read more →

PHILADELPHIA (Gloucestercitynews.net)-– U.S. Customs and Border Protection (CBP) officers recently seized a combined 4,449 counterfeit LG and ASUS smartphones in Philadelphia, that, if authentic, would have had a manufacturer’s suggested retail price (MSRP) of $941,450. CBP officers seized the first shipment of 2,043 counterfeit LG phones on July 26 and seized the second shipment of 1,926 LG and 480 ASUS counterfeit smartphones on August 9. Each shipment, if authentic, would have had an MSRP of $508,707 and $432,743, respectively. Both shipments transited from China through... Read more →

Atlantic City (Gloucestercitynews.net)– Addressing New Jersey’s offshore wind leaders at an event hosted by the Business Network for Offshore Wind and Jersey Renews, Senate President Steve Sweeney (photo) last week underscored his commitment to renewable energy. “We must continue supporting, promoting and pursuing offshore wind energy in New Jersey,” said Senator Sweeney (D-Gloucester/Salem/Cumberland). “We have the resources and capacity to be the national frontrunner in the offshore wind industry. As the renewable energy sector of the economy grows, we have an obligation not only to... Read more → Related: ARTIST Dave Wolfe Vol. 6 No. 9(August 18, 2019) Editor's Note: Each Sunday morning we post a weekly comic strip provided by cartoonist Dave Wolfe, age 18. Dave has been drawing since he was 5 years old, he knew he wanted to be a cartoonist at the age of 8. He’s been distributing his comics in school since 3rd grade. (click image to enlarge) published gloucestercitynews.net Read more →