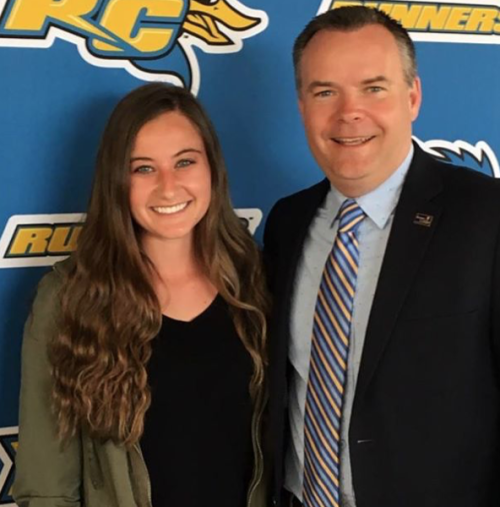 Christina (pictured with Athletic Director Brian Rowan), a sophomore, plays for head coach Steve DePasquale and has helped the Roadrunners to an 11-9 record this spring. A second baseman, she is currently one of the team's top hitters with a .344 batting average.

She is a business administration major at RCGC. Christina and her fellow Roadrunner Athletes were recognized as part of National Student Athlete Day this weekend.  (source Gloucester Catholic)