CHEER---Gloucester Catholic senior Lillo Paxia (photo, left) hit for the cycle and drove in six runs, powering the Rams to a 14-4 victory over Schalick, April 2 in Gloucester City. For those unfamiliar with the term in baseball, hitting for the cycle is the accomplishment of
one batter hitting a single, a double, a triple, and a home run in the same game. Collecting the hits in that order is known as a "natural cycle". Paxia, a Florida State commit, went 4-for-5 with three runs scored for Gloucester Catholic, which trailed 4-0 before erupting for five runs in the bottom of the third, NJ.com reported. The Rams (3-0) will be off until April 13 when they play a non-conference game against Roman Catholic, Philadelphia. 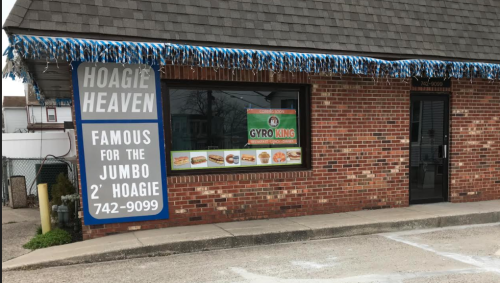 CHEER--The vacant Hoagie Heaven store at Broadway and Hunter Street, Gloucester City will soon be open again. The new tenant is GYRO KING. We reached out to the company to see what kind of menu they will be serving. We are still waiting for their reply.

CHEER--Arcade entertainment restaurant Dave and Busters, the arcade entertainment restaurant chain, plans to open a third location in the state. A 40,000-square foot location is set to open at the Gloucester Premium Outlets in Blackwood in 2020. New Jersey has two other locations of Dave and Busters at the Woodbridge Center Mall in Woodbridge and the Willowbrook Mall in Wayne.

JEER--The well-liked Gateway Diner in nearby Westville could be wiped out of business by the state of New Jersey who wants to demolish the iconic diner as part of its plans to fix the flooding at the Brooklawn Circle located a 1/4 mile away.  NJ.com reports that the NJDOT has talked about just buying the diner and knocking it down since repairs to the diner would exceed what the property is worth.  The owner of the diner says that’s not going to happen; he’s owned it since 1989. 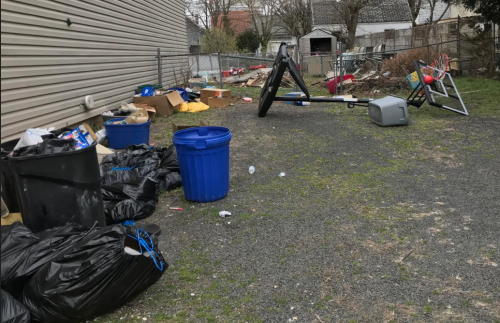 Piles of trash next to a Cumberland Street property (CNBNews photo)

JEER--Why would anyone leave their trash spewed about in this manner? Just imagine living in this neighborhood and having to look at this mess everyday. The property is located in the 800 unit block of Cumberland Street, Gloucester City.

CHEER--The Sacred Heart/Emmaus Church property, Kings Highway, Mt. Ephraim is up for sale. The property has been vacant since 2014. The $1,650,000 asking price, includes the church, a school, gymnasium, a smaller church, a residential home, and a two car garage.  According to the The South Jersey Observer the property is listed for sale by Berkshire Hathaway Home Services/Fox & Roach. 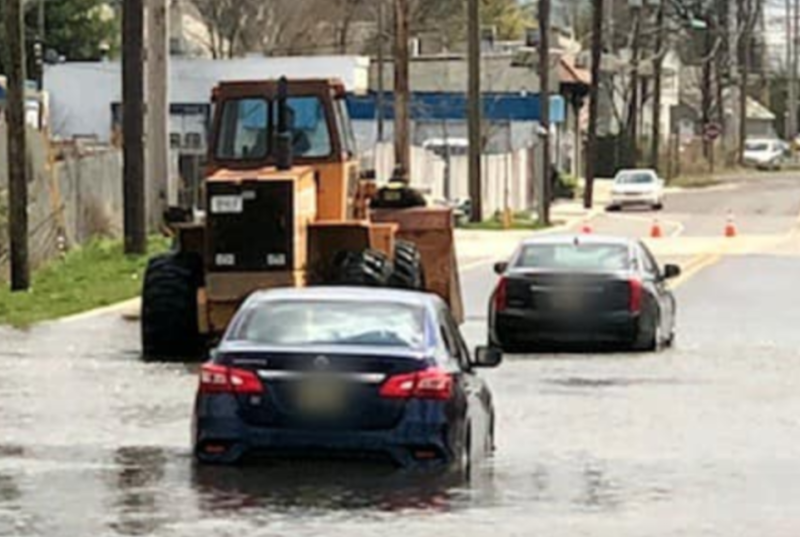 The flooding on South Broadway at the borderline between Gloucester City and Brooklawn was supposed to be fixed after the county (taxpayers)spent over $4 million and three years on repairs. The bridge work was completed in 2015. That year the county  promised it was going to fix the problem once the funding sources were organized. (CNBNews file photo)

JEER--Recently we counted nine potholes on New Broadway in Brooklawn heading towards the west circle and another five potholes on the other side of the highway heading into Gloucester City.  Camden County is responsible for maintaining the roadway when are they going to step up and repair this cow path. The road is worst as you drive into nearby Gloucester City. The county promised to repair that mess

CHEER--Gloucester Catholic recently announced the school's Philanthropy Week was a

JEER--And why Trenton legislators are looking to increase your taxes at the same time they are moving towards doing away with the state's Homestead benefit program. A 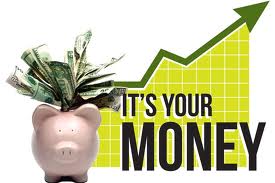 dozen years ago, New Jersey’s Homestead benefit program reached what turned out to be its zenith. It doubled in size in one year to over $2.2 billion; its more than 2.5 recipients represented more than 80 percent of households; and it accounted for nearly $1 of every $15 spent in that year’s state budget. Since then, the program has shrunk significantly – with renters cut out first, then income qualification limits lowered, and finally waves of people losing eligibility as their incomes rose with inflation while those thresholds stayed stagnant. (Source 1015.com)

CHEER--A shout out to the police officers, firefighters, and community highway workers throughout the state who serve the public everyday. A special Cheer for the volunteer firefighters who risk their lives for little or no pay.

JEER--According to the State Department of Education and reported in the Lakewood Patch, number one school with the most drug and alcohol cases in 2017-18 was Freehold Regional in Monmouth County, which had 148 cases. Paterson City in Passaic County was second, with Elizabeth City, Passaic City, and Jersey City rounding out the top five. Freehold Regional also had the highest increase reported, followed by Elizabeth City, Jackson, Old Bridge, and Kingsway Regional (Gloucester County). Cherry Hill Township, Hopewell Valley Regional, Pleasantville, Jersey City, and Atlantic City showed the biggest decreases.

CHEER--For the seventh consecutive year, Catholic Social Services (CSS) of the Archdiocese of Philadelphia has been named Pennsylvania’s Service Provider of the Year by Real Alternatives. Real Alternatives is a non-profit, charitable organization in Pennsylvania that administers pregnancy and parenting support services.

JEER-The City of Philadelphia is moving ahead with the opening of a so-called safe-injection site for illicit drugs. The Justice Department sued the nonprofit Safehouse in February, arguing that opening the facility in Philadelphia — the first supervised consumption facility in the United States — would violate federal law. The U.S. attorney for the Eastern District of Pennsylvania argued that opening Safehouse would violate the Controlled Substances Act, which makes it illegal to open or run a place where illegal drugs are knowingly used. (source Washington Post) 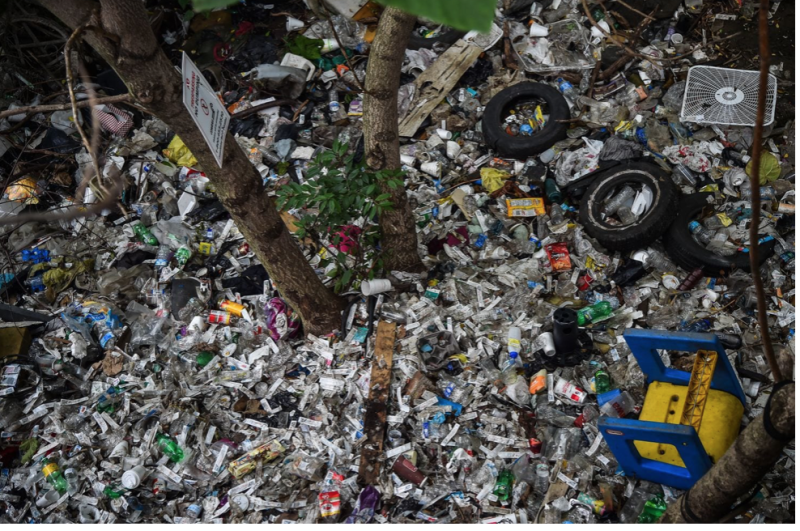 A view of trash that includes piles of used needle syringes that drug users left  under a Philadelphia bridge in 2017. Photo courtesy of The Washington Post

JEER--Philly’s opioid epidemic is now bringing one more health risk to the table — HIV. Experts say the number of HIV cases is on the rise among people who use IV drugs reported the Philadelphia Inquirer. Thomas Farley, commissioner of Philadelphia’s Department of Public Health, said the increase in HIV cases “definitely has us concerned.” The city is hoping to stem the tide by increasing testing in areas where people are known to inject drugs and by making more clean syringes available. Farley adds that a safe injection site could also play a vital role.

EDITOR'S NOTE: Do you have a Cheer or Jeer for out next column? If so send it to CNBNews1@gmail.com

CHEER---Gloucester Catholic senior Lillo Paxia (photo, left) hit for the cycle and drove in six runs, powering the Rams to a 14-4 victory over Schalick, April 2 in Gloucester City. For those unfamiliar with the term in baseball, hitting for the cycle is the accomplishment of
one batter hitting a single, a double, a triple, and a home run in the same game. Collecting the hits in that order is known as a "natural cycle". Paxia, a Florida State commit, went 4-for-5 with three runs scored for Gloucester Catholic, which trailed 4-0 before erupting for five runs in the bottom of the third, NJ.com reported. The Rams (3-0) will be off until April 13 when they play a non-conference game against Roman Catholic, Philadelphia.