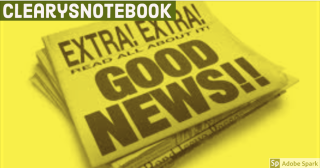 “Cooperation among federal, state and local law enforcement is a key component in our mission to reduce crime and protect law-abiding citizens throughout the Middle District of Pennsylvania,” said U.S. Attorney Freed.  “We are pleased and proud to recognize our colleagues who stand out for their bravery, dedication and service.”

The award recipients are being honored for their exceptional heroism, distinguished service, and outstanding contributions to cooperative law enforcement. Those honored at Friday’s ceremony included:

Three law enforcement members are receiving the Lifetime Service Award which recognized their many years of exemplary service to their agency:

Lebanon County First Assistant District Attorney Nichole Eisenhart received an Award For Outstanding Trial Advocacy by a Special Assistant United States Attorney for her contributions in connection with a large drug case in Lebanon County that resulted in numerous convictions and seizures of firearms and drugs.

The following individuals received an Award For Distinguished Service for their exceptional work in complex investigations: