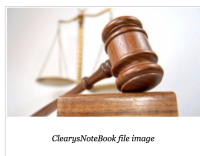 According to United States Attorney David J. Freed, Abdelhamed admitted he applied for Medicaid and SNAP benefits with the York County Assistance Office in August 2014 even though he owned a four bedroom residence in York, a gas station in York, a 2008 Mercedes Benz E350 automobile, received $1,124 a month in Social Security disability benefits, and held approximately $58,500 in eight different bank accounts.

Abdelhamad agreed the loss in the case was $29,337, and to make full restitution as ordered by the Court.

No date has yet been scheduled for sentencing pending preparation of a presentence report.

The matter was investigated by the Harrisburg Offices of the Federal Bureau of Investigation and the Health and Human Services Office of Inspector General. Assistant U. S. Attorney Kim Douglas Daniel is prosecuting the case.

A sentence following a finding of guilt is imposed by the Judge after consideration of the applicable federal sentencing statutes and the Federal Sentencing Guidelines.

The maximum penalty under federal law for this offense is 10 years imprisonment, a term of supervised release following imprisonment, and a fine.  Under the Federal Sentencing Guidelines, the Judge is also required to consider and weigh a number of factors, including the nature, circumstances and seriousness of the offense; the history and characteristics of the defendant; and the need to punish the defendant, protect the public and provide for the defendant's educational, vocational and medical needs. For these reasons, the statutory maximum penalty for the offense is not an accurate indicator of the potential sentence for a specific defendant.