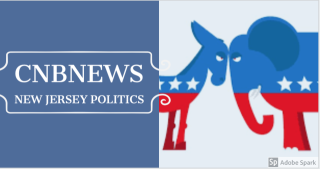 TRENTON, NJ --Senator Joe Pennacchio (R-26) warned that Governor Phil Murphy and New Jersey Democrats haven’t learned from their mistakes and are doubling-down on failed fiscal policies that are driving residents and jobs from the Garden State.

“Governor Cuomo recently admitted that high taxes are driving residents from New York, leading to budget deficits and the flight of residents from the Empire State,” said Pennacchio. “Unfortunately, Governor Murphy and New Jersey Democrats still haven’t learned from their mistakes. They’re doubling down on tax-hiking policies that have never worked, and New Jersey is doing worse than our neighbors and most of the nation as a result.”

The budget that was approved last year by the Democratic Legislature and signed into law by Governor Murphy raised taxes by $1.5 billion. It is dependent on revenues growing by 7.5 percent over the course of the fiscal year to stay in the black.

It was reported recently that revenue growth has slowed to just three percent, less than half of what is needed to keep the State budget balanced.

Pennacchio said the impact of personal income and corporate tax increases imposed by Democrats last year is having a tangible impact on both jobs and revenues.

“While national unemployment rates for all groups are at historic lows, New Jersey managed to lose another 2,600 jobs in December,” said Pennacchio. “Now Murphy is scrambling to make up for losses through a fire sale of state assets that is reminiscent of Corzine’s plan to sell the Turnpike and raise tolls by 800 percent. It’s absolutely ludicrous.”

Pennacchio warned that a continued reliance on tax increases by Democrats to will lead New Jersey into a fiscal death spiral.

“Governor Murphy is proposing a massive expansion of government, and he has absolutely no idea how to pay for it,” Pennacchio added. “Raising taxes, even on the wealthy, simply doesn’t work to increase revenues. It just drives anyone who can afford to move to more affordable states. We lost a single high-income resident to no-income-tax Florida recently and it cost New Jersey an estimated $300 million in annual tax revenues. Every time we hike taxes, the moving vans line up to take former New Jersey taxpayers to their new homes in more affordable states.”

“The solution to our fiscal woes is to enact structural reforms that make New Jersey more affordable for everyone,” Pennacchio concluded. “We need to lower the cost of government, and we should start by reforming pensions and benefits for public employees. If we don’t offer more stupid giveaways, like the $450 million gift we recently gave to Hollywood, we could actually start to lower the cost of living here in New Jersey.”

TRENTON, NJ --Senator Joe Pennacchio (R-26) warned that Governor Phil Murphy and New Jersey Democrats haven’t learned from their mistakes and are doubling-down on failed fiscal policies that are driving residents and jobs from the Garden State.