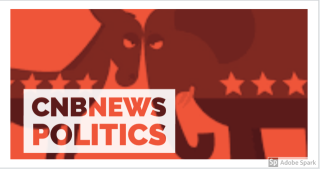 “The President himself said he ‘didn’t need to do this’ emergency declaration – it was simply an unconstitutional power grab that makes America less safe,” said Congressman Norcross. “The President failed to convince Mexico, a Republican-controlled Congress and the American people to pay for his ineffective wall, and it’s up to us to stop this abuse of power that is a transparent attempt to make good on a campaign applause line.”

Just hours after President Trump declared a national emergency at the U.S. Southern border, Norcross joined Senators Tom Carper and Jeff Merkley, as well as Representatives Don Beyer, Lisa Blunt Rochester and Lou Correa on a congressional delegation to Central America to see firsthand a real emergency: the difficult and dangerous conditions in Central America that force so many migrants to flee and seek safe haven at the U.S. Southern border.

“There’s far too much misinformation out there about the state of immigration on our southern border and we must separate the fear-mongering from fact,” said Norcross. “By visiting the Northern Triangle countries, we were able to get a firsthand account of the root causes of migration. It’s as clear as night and day to me – on one hand there’s actual violence and genuine emergencies in Central America, and then there’s the purported and solely-political national emergency declared by our President.”

He added: “Thankfully, the House voted to check the President’s dangerous behavior and I urge the Senate to swiftly follow suit.”