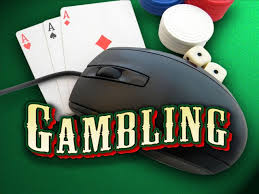 “For the past five years, New Jersey has built a successful, regulated online gambling industry that has been absolutely essential to Atlantic City’s revitalization,” said Mazzeo (D-Atlantic). “It has created thousands of jobs for people who work in online and casino gaming, an industry that brought in $352.7 million in annual revenue and $60 million in direct gaming taxes. This new opinion by DOJ – a complete reversal of their previous opinion on online gambling under the Wire Act – threatens all we’ve built so far.”

“The future of online gaming, as well as online lottery sales, is now at risk,” said Armato (D-Atlantic). “The loss of online gambling would mean a loss of jobs, state revenue, and a staple attraction of Atlantic City. I applaud Attorney General Grewal for taking steps to challenge DOJ’s opinion and protect online gambling in New Jersey and across the nation.”