...reflections on SheBelieves and Union back tags

SheBelieves Cup returns to Talen Energy Stadium on February 27 when Brazil takes on England at 4 p.m. before the United States Women's National Team faces off against Japan. 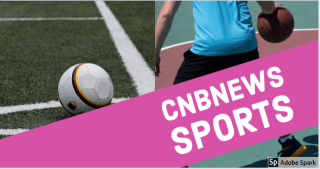 Tickets to SheBelieves Cup along with a Club and Country Deal that includes tickets to the Union home opener against Toronto FC on March 2 can be found here.

What are you most looking forward to about playing in the Philadelphia area?

SheBelieves in general is a really special tournament for us because of everything it embodies and it empowers young girls to dream, not even just to play soccer but any of their dreams. So it’s a really fun tournament for what it stands for alone. It’s also a huge tournament with such great competition. Each game is a huge game. Going into a World Cup year, these are games that are really powerful to help the team improve and see where we’re at. Not only is it great competition and great games, it’s such a fun atmosphere. So to be in Philadelphia, a city that’s really become my home and to know how amazing the fan support is there as they support my husband playing there for me has become such a special part for me. To have the game there is going to be so fun.

How does having that top-level competition in this tournament before the World Cup help prepare this team?

It’s huge in preparation. We also have a lot of players on the team who haven’t been to a World Cup and these are the teams that you could face. Just having that experience and being able to see what teams are going to be able to present you is huge in preparing for a big tournament like the World Cup.

What’s one thing that fans should watch for from each of these teams?

Huge competition among all the women. This is such a huge tournament and everyone wants to win the cup at the end so there’s going to be a lot of amazing soccer. Hopefully a lot of amazing goals too, mostly for us!

The NWSL is in its seventh season entering 2019 - longer than each of the previous two leagues combined. How do we continue to grow the women’s game in the United States?

How has having that consistent pro-league experience in the United States helped the USWNT prepare for the World Cup and the Olympics?

I think the key word in any big tournament is being prepared. The competition day in and day out in Chicago I’m able to train with the best and have so many games a year to continue to improve, especially as an individual, is huge.

Do you feel like there’s any added pressure with the U.S. women going into the World Cup as defending champions?

I don’t think there’s any added pressure. I think we put the pressure on ourselves to be the best that we can be. I think a lot of people forget that there was an Olympics in between these and we didn’t perform to where we wanted to in the Olympics. That’s the last taste in our mouth and a motivation factor for sure.

How has your role evolved during this World Cup cycle?

My role has evolved a lot. Obviously going to a different position is huge and as time goes on your experience as a veteran, your leadership role changes.

What’s been the biggest challenge in switching from being a center back to playing in the midfield?

The biggest challenge for sure is just the amount of running. The workload is a lot harder and intense being the midfield versus the back line. I’m a defensive minded player first, I think that just comes from being a center back for such a long period of time. My thought process is still somewhat the same, but it’s definitely faster, quicker and a harder workload in the midfield.

What was it like working with your husband on the Union’s back tags before the MLS season starts?

Who was your women’s sports role model growing up?

Growing up I didn’t really watch TV that much. The women in my life who were huge role models were my sister and my mom.

Which of your current U.S. women’s national team teammates would you pick as a tour guide in a foreign country?

I would choose Crystal Dunn because she absolutely makes any day or any adventure really, really fun. With all of her jokes and energy, I think it would be a really fun day.

...reflections on SheBelieves and Union back tags

SheBelieves Cup returns to Talen Energy Stadium on February 27 when Brazil takes on England at 4 p.m. before the United States Women's National Team faces off against Japan.

Tickets to SheBelieves Cup along with a Club and Country Deal that includes tickets to the Union home opener against Toronto FC on March 2 can be found here.

What are you most looking forward to about playing in the Philadelphia area?