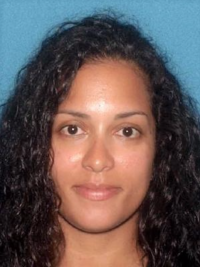 Alexandra Reiner, 30, of Eastampton, was charged with Sexual Assault (Second Degree) and Endangering the Welfare of a Child (Second Degree). She was taken into custody tonight at the Prosecutor’s Office in Mount Holly and will be lodged in the Atlantic County Jail in Mays Landing, which houses Burlington County’s female inmates.

The investigation began last week after district officials approached the Prosecutor’s Office with information they had received concerning a possible inappropriate relationship between Reiner and the student. The investigation revealed that the contact happened in December 2018 in Mount Holly and Lumberton.

The age of the victim, and additional details about the incident, are being withheld in an effort to protect his identity.

The investigation is being conducted by the Prosecutor’s Office and the Mount Holly Police Department.

Reiner is being prosecuted by Assistant Prosecutor Stephen Eife, supervisor of the Special Victims Section of the BCPO Major Crimes Unit. The lead investigator is BCPO Detective Erica Ridge.

CNBNote: The suspect is presumed innocent until proven otherwise